Secretary of State Mike Pompeo lamented the lack of progress between the two countries on their Mediterranean border. 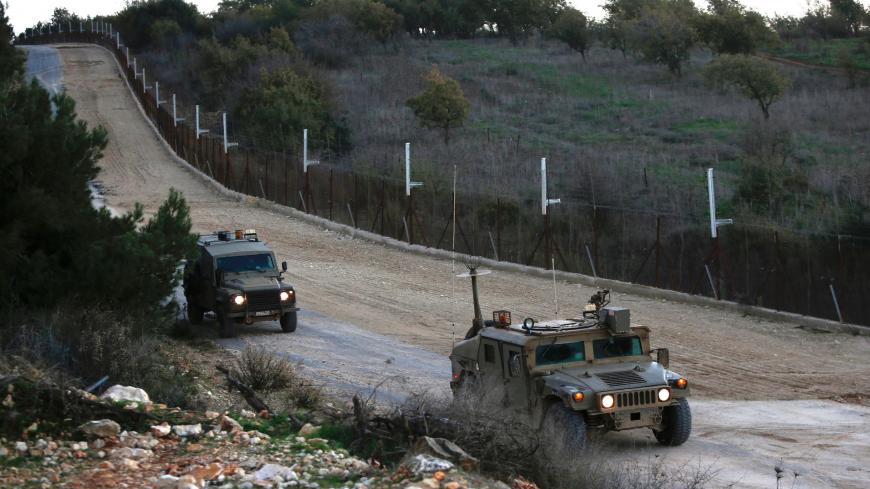 Israeli military vehicles near the Manara kibbutz in northern Israel's upper Galilee patrol along the border with Lebanon overlooking the Hula Valley, on Dec. 20, 2020. - JALAA MAREY/AFP via Getty Images

An agreement on sea borders between Israel and Lebanon is far off, the top US diplomat said on Tuesday.

“Regrettably, despite goodwill on both sides, the parties remain far apart,” Secretary of State Mike Pompeo said in a statement.

Israel and Lebanon began negotiations on their maritime border in October under US supervision following years of indirect talks. The border is important because of the presence of natural gas in the eastern Mediterranean Sea. Israel is already pumping gas from the body of water.

The two states have never had formal diplomatic relations and there are several outstanding issues between them. Israel and the Lebanese organization Hezbollah are in an on-and-off state of conflict, for example.

The border talks were supposed to resume in early December, but were reportedly postponed by a few weeks at the time. Now, the two sides appear to not be close to reaching an agreement, according to Pompeo’s comments.

Pompeo’s tenure as US secretary of state will end on Jan. 20 when President-elect Joe Biden is sworn into office. In the meantime, Pompeo said the United States is still willing to mediate between Israel and Lebanon.

“The United States remains ready to mediate constructive discussions and urges both sides to negotiate based on the respective maritime claims both have previously deposited at the United Nations,” he said.