Israel and Lebanon have paused direct discussions over their maritime dispute in a gas-rich part of the Mediterranean in October under US supervision. 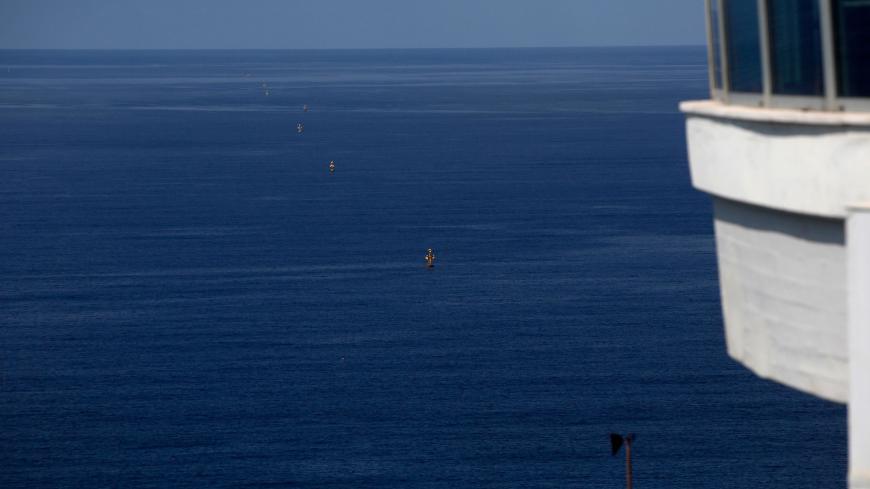 A picture taken on Oct. 12, 2020, shows maritime border markers near the Rosh Hanikra Crossing, also known as the Ras Al Naqoura Crossing, between Israel and Lebanon.

The next round of maritime border talks between Israel and Lebanon has been postponed.

Israel and Lebanon were set to begin the second of talks on their disputed Mediterranean Sea border on Wednesday. The talks will instead resume in a few weeks and US mediators will contact each delegations separately in the meantime, Reuters reported on Monday.

Israel and Lebanon have never had diplomatic relations. Lebanon, which does not recognize Israel, hosts millions of Palestinian refugees and their descendants. Israel and the Lebanese political and military group Hezbollah frequently fight each other directly, most recently on the Israel-Lebanon border over the summer.

Tensions between the two states rose in 2010, when Israel discovered natural gas off its coast in the eastern Mediterranean, leading to a dispute between Israel and Lebanon over their maritime border. Israel already extracts gas from the sea, and Lebanon plans to do so as well.

Talks began under US supervision in October following years of indirect contacts via Washington.

The direct discussions with Israel are controversial in Lebanon. Hezbollah, which went to war with Israel in 2006, criticized the makeup of Lebanon’s delegation for the talks in October.

Neither side has explained exactly why the talks have been postponed. Lebanon has not made any indications that it plans to establish formal relations with Israel