Negotiations over their disputed Mediterranean maritime boundary broke down last year, but Lebanon and Israel are giving it a shot again. 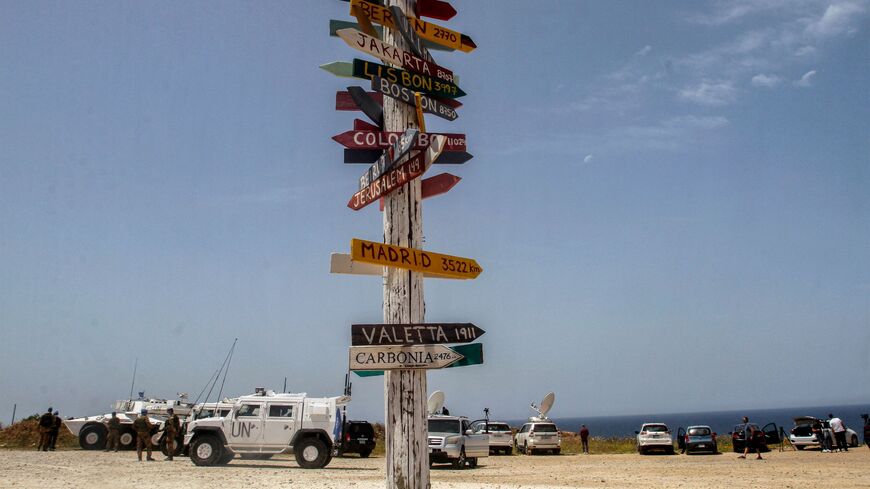 The UN peacekeeping force in Lebanon's vehicles are stationed along the main road near the southern town of Naqoura close to the border with Israel on May 4, 2021. - MAHMOUD ZAYYAT/AFP via Getty Images

The indirect talks began in the morning and lasted five hours, the deliberations mediated by the United Nations and the United States. Lebanese officials brought the US delegation to the southern city of Naqoura, where the talks took place near UN and Lebanese army-controlled areas, the Lebanese state’s official National News Agency reported.

The two states have a disputed sea border in the eastern Mediterranean Sea. The border demarcation is important due to the presence of gas in the waters. Israel already pumps gas from its fields in the sea, but Lebanon has yet to extract any. Lebanon and Israel are technically in a state of war and lack formal relations. Israel and the Lebanese group Hezbollah clash from time to time on the border. The National News Agency referred to Israel as the “Israeli enemy” in its report.

US-mediated negotiations on the sea border began in October of last year, but ended in November without an agreement. In December, then-US Secretary of State Mike Pompeo said the two sides “remain far apart” despite their “goodwill.”

Last month, US Undersecretary for Political Affairs David Hale said that Washington is still “ready to facilitate negotiations,” perhaps paving the way for the current round of talks.

It was not immediately clear what results, if any, the talks produced. It was the first time two countries have spoken since US President Joe Biden took office. Lebanon said it was the “fifth” round of negotiations.