Last year's talks between Israel and Lebanon on their gas-rich Mediterranean Sea border failed to yield an agreement. 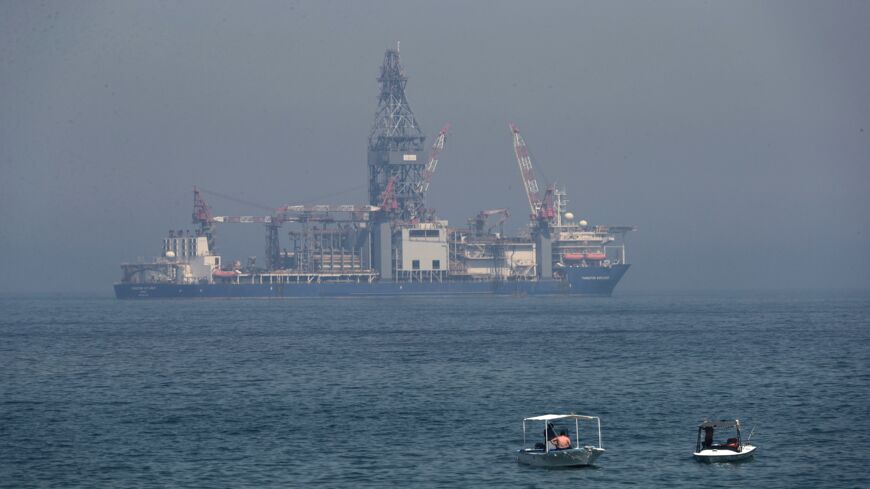 Lebanese people sit in boats in the Mediterranean Sea as the Tungsten Explorer, a drillship to explore for oil and gas off the coast of Lebanon, is seen in the background in Dbayeh north of the capital, Beirut, on May 15, 2020. - JOSEPH EID/AFP via Getty Images

The Lebanese government expanded its maritime territory on Monday amid a dispute with Israel on the sea border between the two enemy states.

“I am committed to the school of thought built on ethics, patriotism, determination and absolute hostility toward Israel,” he said in a statement.

Israel and Lebanon began indirect talks on their disputed maritime border last October under US supervision. The issue is important due to the abundance of natural gas in the Eastern Mediterranean. Israel has already begun extracting gas from the area, but Lebanon has yet to do so. The negotiations were postponed the following month, and there has been no progress since then. In December, then-US Secretary of State Mike Pompeo said the two countries remained “far apart” on the issue.

Lebanon’s caretaker Prime Minister Hassan Diab signed the document demarcating the new maritime border on Monday, and it must next be signed by Lebanese President Michel Aoun before it can be submitted to the United Nations. The new boundary claimed an additional 1,430 square kilometers (890 miles) in maritime territory, the Lebanese news outlet The Daily Star reported on Monday.

Israel and Lebanon lack formal relations and are technically in a state of war. The Israeli military and the Lebanese paramilitary group Hezbollah clash from time to time on the border.