Israel, US, UAE, Bahrain to cooperate on energy

Israel’s Energy Minister Yuval Steinitz participated in a first-of-its-kind meeting with his counterparts from the United States, the United Arab Emirates and Bahrain to create a platform of cooperation. 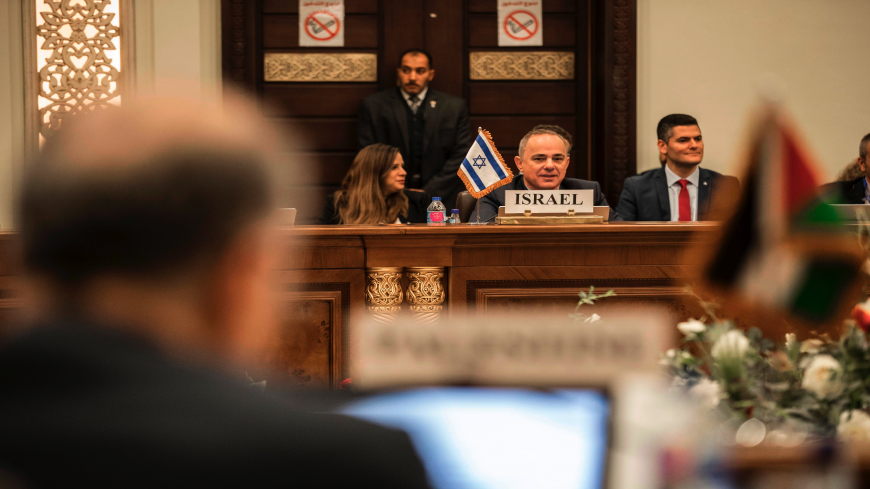 The energy ministers of Israel, the United States, the United Arab Emirates and Bahrain — Yuval Steinitz, Dan Brouillette, Suhail al Mazrouei and Mohammed bin Ahmed Al Khalifa, respectively — participated Dec. 14 in a historic, quadruple virtual meeting, with the goal to establish a platform for a comprehensive dialogue on energy issues. The new platform will facilitate the exchange of ideas and the creation of joint ventures in the fields of petrol, natural gas, electricity, efficient use of energy, renewable energies, research and development, and more.

The four ministers said they hope for other countries in the region to join the platform in the future, once these countries establish ties with Israel. They also said the group intends to work with the Palestinians to find solutions for the energy challenges they face. In particular, the four countries will study possible solutions on energy sources, electricity, infrastructure and technology.

Steinitz said yesterday that "the historic meeting is a significant milestone that will lead to the promotion of joint ventures between us and the United Arab Emirates, Bahrain and the United States in various energy-related fields. The new platform we have created will allow more countries to join energy projects in the private and public sectors, and it will help the region thrive. The Abraham Accords opened up many opportunities for Israel's economy and security." In a tweet later on, he also noted that the meeting was "a milestone that will enable advancing joint processes in the fields of petrol and natural gas, electricity, efficient use of energy and research.’’

The US mission to the UAE tweeted after the meeting, "Today, Secretary of Energy Dan Brouillette participated in a historic Abraham Accords Energy Ministerial.’’ Brouillette himself tweeted, "I believe that the Abraham Accords and forums such as the East Mediterranean Gas Forum demonstrate how connectivity ensures a more cooperative and prosperous future for the region.’’

Three months ago, Israel, the United States and the UAE agreed in principle to cooperate on energy. A statement published by the Department of Energy on Oct. 1 said, "Israel, the United Arab Emirates and the United States, acknowledging the benefits of focusing on pragmatic steps that have tangible outcomes, agree to encourage greater coordination in the energy sector, including renewable energy, energy efficiency, oil, natural gas resources and related technologies, and water desalination technologies.  Together, our dynamic economies will look to leverage world-leading research and development capacities to meet the needs of current and future generations. We will also seek to find solutions to the energy challenges faced by the Palestinian people through the development of energy resources, technologies and related infrastructure.’’

Energy diplomacy is becoming increasingly important for Israel. Prime Minister Benjamin Netanyahu and Foreign Minister Gabi Ashkenazi are investing considerable efforts in consolidating the strategic partnership between Israel, Greece and Cyprus, primarily in energy issues. This includes advancing the East-Med undersea pipeline project for transporting natural gas to Europe, on which the three countries dialogue also with Egypt. Israel has also been engaged for the past two months in indirect negotiations with Lebanon, mediated by the Americans, on demarking their maritime border. Unsuccessful so far, these talks revolve around the control of sea zones, where Israel and Lebanon hope to extract natural gas. Ministers Steinitz and Ashkenazi are both engaged in these talks.