The demolition of a single mother’s shanty at the hands of Iranian authorities and her despairing self-immolation have recharged an uproar over the Islamic Republic failing the needy citizens it once promised to raise from poverty. 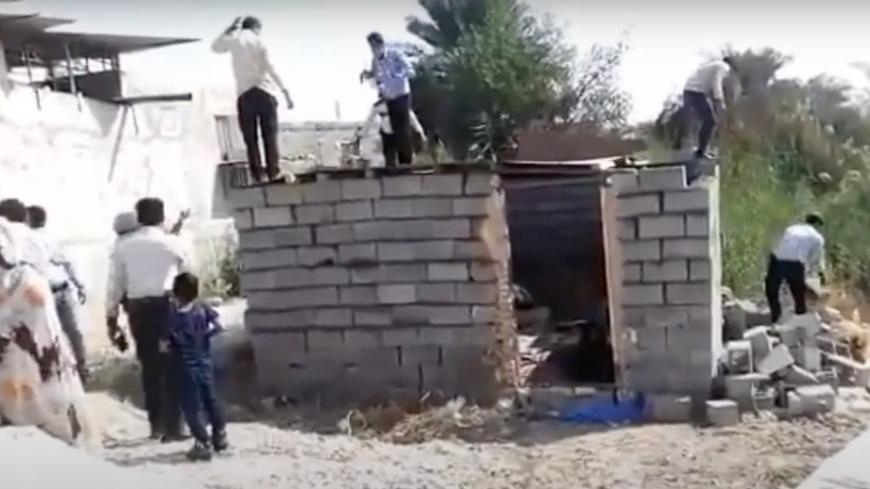 Municipal workers for Bandar Abbas demolish the shelter of an Iranian woman identified in the press only as Tayyebeh as her three children plead for mercy on Nov. 19, 2020. - unidentified photographer

Iran’s headline-grabbing stories in the past several weeks about the assassination of a top nuclear scientist, the raging coronavirus pandemic and soaring prices have overshadowed the shocking scene of an isolated shanty house being razed to the ground before the eyes of its poverty-stricken dwellers.

On Nov. 19, municipal workers of the city of Bandar Abbas demolished the tiny shelter of 35-year-old Tayyebeh amid desperate pleas among the wreckage from her three children, one of them disabled. The shack also housed Tayyebeh’s sister-in-law, another single mother, and her son. Captured on a mobile phone, the scene shocked ordinary Iranians, who are themselves already struggling for a decent life in the face of the worst economic conditions in their recent memory.

The shanty, which looked barely eight square meters, was too wobbly to need bulldozing, and the agents destroyed it with their bare hands. The demolition was too much to bear, driving Tayyebeh to attempt suicide by self-immolation. She survived and is currently receiving treatment for her burns at a hospital in Bandar Abbas.

The immediate public backlash, a mix of solidarity with the survivor and furious criticism against the government, forced local authorities to visit the woman at the hospital where they promised to pay for her treatment. Nonetheless, the scene was interpreted as propaganda to soothe the widespread anger.

The city’s mayor, Abbas Aminizadeh, accused the staff under his authority of “unjustifiable” use of force. But he defied calls to resign, noting that fighting illegal construction should not be expected to involve “offering candies” to the dwellers.

Article 21 of the Iranian Constitution guarantees financial support for women, especially single mothers, widows and the elderly. Mansour Arami, the lawmaker representing Bandar Abbas in the Iranian Parliament, said the woman’s earlier requests for a proper shelter had been repeatedly declined.

Local commanders of the Islamic Revolutionary Guard Corps, essentially a financial empire with a network of powerful enterprises in control of much of the Iranian economy, came forth with their own pledges to build the women a proper house if the municipality provides land for one. It was not clear, however, when that promise could become reality amid the red tape of a labyrinth of parallel institutions known for making pledges that are forgotten once an uproar has quieted.

Activists and ordinary Iranians on social media appeared united in the opinion that illegal construction should be addressed, but not in the discriminatory way it has been. “The problem is in the fact that discrimination is so widespread that they only grab the oppressed by the collar, people who have no power or money, no position, no support or connection,” wrote Iranian lawyer and university professor Kambiz Nowrouzi.

For years, despite a stifling atmosphere, Iranian whistleblowers have been revealing evidence implicating business tycoons and powerful officials in entirely illegal construction projects. In many of those cases, the courts have looked the other way, with the whistleblowers facing threats and even ending up in prison.

Tayyebeh’s case is sadly not unique. Back in August, Asieh Panahi, a grandmother in her 60s, suffered a deadly heart attack after being pepper sprayed by municipality agents. Asieh put up her desperate resistance by sitting inside the bulldozer blade, creating an iconic and grim picture of the long arm of the law brutalizing the helpless.

While promises were made in the aftermath of Asieh’s death, an investigation has yet to be carried out. And with no policy review, a repeat in Bandar Abbas was not much of a surprise. Iranian sociologist Rouzbeh Kardouni described a tragic cycle: The shelter of an impoverished resident is destroyed with excessive force, video goes viral, the public is outraged, senior authorities apologize and there are promises of compensation, but the pattern continues only months later.

In 2016, the Iranian newspaper Shahrvand released a series of harrowing pictures showing some 50 Iranians unable to afford rent and sleeping at a cemetery south of the capital Tehran. Despite promises from the presidential office to investigate and shelter the families, all local officials did was evict them from the graveyard.

“Don’t buy property, we will house everyone,” a boastful headline famously read in 1979, when amid the revolutionary fervor clerics made ordinary Iranians one ambitious promise after another. The targeting of the most impoverished layers of Iranian society has highlighted how 42 years on, the promises of the revolution “for and by the barefoot,” as its leader put it, have given way to evictions and demolitions. 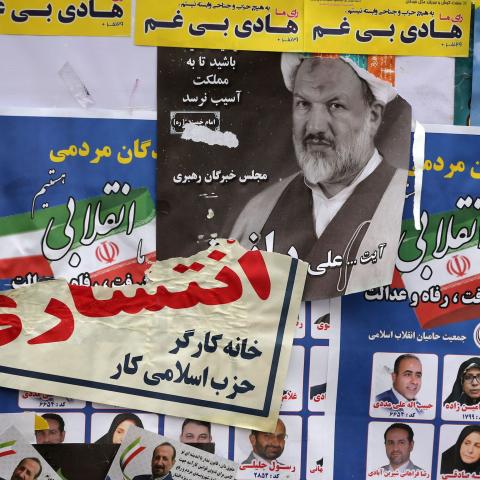