Nasrallah says Hezbollah would not be part of Iran nuclear talks 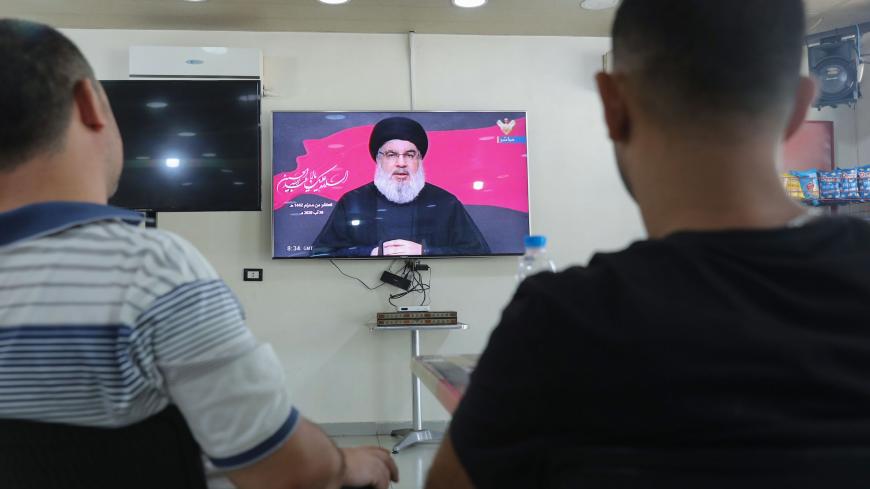 Lebanese men watch the head of the country's Shiite Muslim movement Hezbollah Hassan Nasrallah during a televised speech, at a coffee shop in the southern suburbs of the capital, Beirut, on Aug. 30, 2020, on the tenth day of the month of Muharram, which marks the peak of Ashura. - ANWAR AMRO/AFP via Getty Images

Hezbollah’s leader Hassan Nasrallah claimed in an interview yesterday that the Lebanese Shiite party’s militant wing had doubled its supply of precision-guided missiles and can strike anywhere in Israel and the occupied Palestinian territories.

“The precision missile project has not stopped and will not stop,” Nasrallah told pro-Hezbollah Al-Mayadeen TV, adding that any Israeli strike on Lebanon would be met with retaliation.

He also alleged that Saudi Arabia, Israel and the United States have discussed potentially assassinating him, but he provided no evidence.

“According to our data, Saudi Crown Prince Mohammed bin Salman raised the issue of my assassination during his visit to Washington,” Nasrallah said, adding that US officials “agreed to a Saudi request to assassinate me and that Israel would implement it.”

The allegations come at a time of high tensions between the United States and Israel on one side, and Iran and its proxies — including Hezbollah — on the other. Iran’s Supreme Leader Ayatollah Ali Khamenei has also vowed retaliation for the assassination of a top nuclear scientist last month in an ambush that Tehran has blamed on Israel.

Nasrallah on Sunday reiterated a vow to retaliate for the assassination by the United States of Iranian Quds Force commander Lt. Gen. Qasem Soleimani in Baghdad early this year, but he also suggested that the Trump administration’s remaining time in office must be approached carefully, calling the outgoing US president “crazy.”

US officials have accused Iran of transporting weapons to its proxies in Iraq, Syria, Lebanon and Yemen in a way that could threaten Washington’s partners Saudi Arabia and Israel.

The Pentagon has directed an aircraft carrier, a guided-missile submarine, cruisers and long-range bombers to the Middle East in recent weeks in a show of force to deter Iran and its proxies from potential attacks around the Jan. 3 anniversary of Soleimani’s killing.

Israel also reportedly sent a submarine to the Persian Gulf last week, a move seemingly confirmed by IDF spokesperson Brig. Gen. Hidai Zilberman in an interview with a Saudi newspaper on Friday.

Nasrallah reiterated on Sunday Iranian President Hassan Rouhani’s statement that Iran is willing to negotiate with Washington about returning to the 2015 so-called nuclear deal, but that Iran’s influence over regional proxies and Tehran’s ballistic missile program would not be part of those negotiations.