There have been several escalations between Egyptian forces and Islamist groups on the peninsula recently. 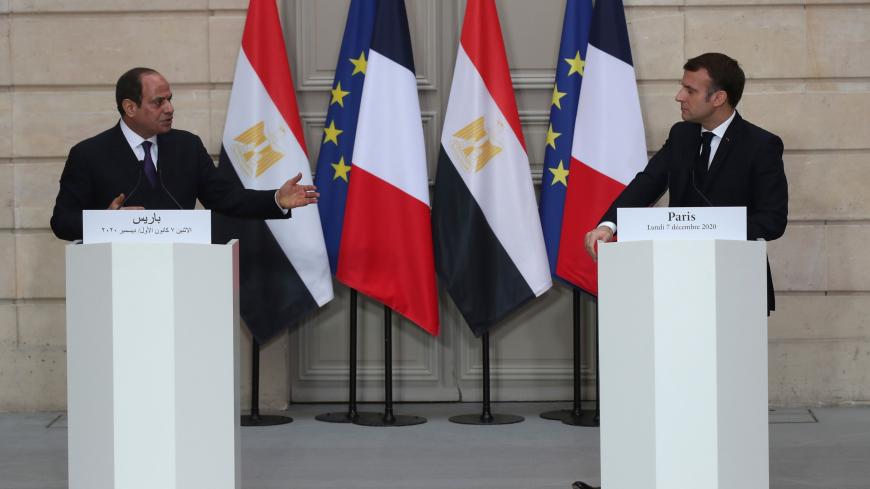 French President Emmanuel Macron (R) and his Egyptian counterpart Abdel Fattah al-Sisi (L) hold a press conference following their meeting at the Elysee Palace on Dec. 7, 2020, in Paris, as part of al-Sisi's three-day controversial state visit to France, with activists warning Paris not to turn a blind eye to Cairo's rights record with a red carpet welcome. Macron said France would continue to sell arms to Egypt. - MICHEL EULER/POOL/AFP via Getty Images)

The Egyptian military has reportedly killed dozens of Islamist fighters on the Sinai Peninsula since September.

Various Islamist groups have been fighting the Egyptian state in the Sinai insurgency since 2011. The Islamic State (IS) and al-Qaeda are among the groups operating in the strategic territory that links the Middle East to Africa.

There have been numerous incidents in Sinai recently. In November, IS claimed an attack on an Egyptian gas pipeline to Israel in the northern part of the peninsula. Egypt said it conducted successful attacks on IS in Sinai in September.

Egyptian security forces have also clashed with Islamist fighters in the greater Cairo area this year.

Egypt has one of the most powerful militaries in the region, in part because of decades of US military aid. Egypt has a peace treaty with Israel, which is located on the other side of Sinai.