Egypt’s National Council for Women teams up with Facebook for extra online security and protection for female users prone to online harassment and violation of their personal freedoms. 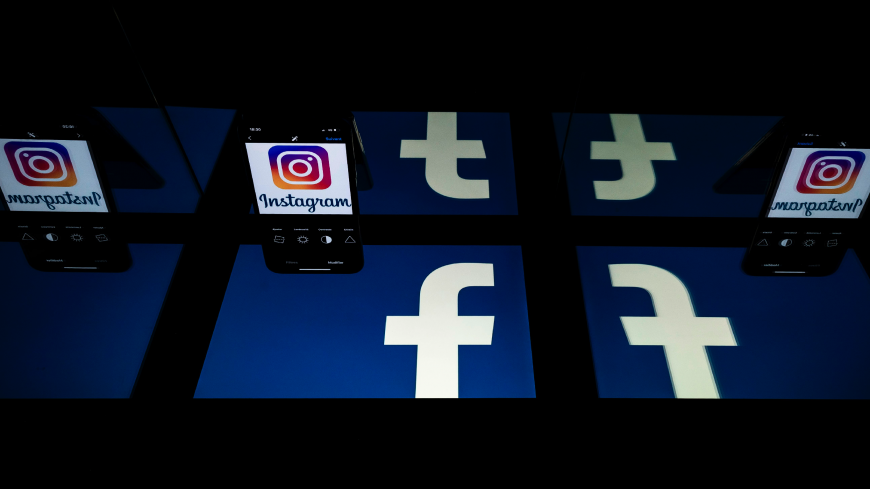 This picture taken on October 5, 2020, in Toulouse, southwestern France, shows logos of US social networks Facebook and Instagram on the screens of a tablet and a mobile phone. - LIONEL BONAVENTURE/AFP via Getty Images

CAIRO — Facebook announced on Dec. 17 a partnership and cooperation initiative with Egypt’s National Council for Women (NCW) to spread awareness about the protection of women on the giant social media platform.

The initiative, titled “Women’s Safety Resources,” includes the use of online material such as GIFs, cartoons and videos in a bid to raise awareness among female users on how to manage and adjust their Facebook privacy settings and block anyone who engages in violence against women.

Maya Morsy, NCW head, said in a Dec. 17 statement on her Facebook page that the council focuses on fighting violence against women in all forms, adding that social media has become a means to practice “violence in its various forms such as harassment, bullying and blackmail, among others. The partnership [with Facebook] aims to spread awareness among women on how to protect themselves from all the forms of violence practiced against them through Facebook.”

“It is also very important for women to exercise their rights to control the situation when they are faced with any form of online violence. We are working on spreading awareness on how to activate these [settings],” she added.

“The safety of all users is important to us at Facebook, and we are committed to providing tools and resources designed to keep all users safe and to working continuously to develop them to support enjoyable experiences in a constantly changing digital environment. The partnership with the NCW in Egypt would allow us to reach and interact with a wide range of women,” Joelle Awad, policy programs manager at Facebook in the Middle East and North Africa, said in a press statement.

“The Facebook administration is committed to supporting and enabling individuals around the world to communicate via our platform in a safe way, where the control power is in the users’ hands. They get to decide what to share and with whom to share. This is the vision through which we will continue our work,” Awad added.

The NCW had previously launched several awareness campaigns on social media to combat cyber violence and cybercrimes against women, in cooperation with various local and international partners, in a bid to spread awareness on ways to prevent negative practices on the internet, increase the use of safety and protection programs, in addition to learning about the available support services.

Naswhi al-Deeb, an Egyptian member of parliament, told Al-Monitor, “The partnership signed between NCW and Facebook is a good [step], especially in light of the many and unacceptable harassment and inhumane violations that women face on Facebook. The platform has become a virtual world on its own and must have a set of laws and regulations governing it.”

Deeb believes that some Facebook users have no restrictions and ethics online, and the existence of such a partnership between the two sides would create moral restraint for some of the users, especially since the protection of women should be a priority on social networking sites, notably on Facebook, where women constantly face harassment and violence. She added that this partnership is seen as a new outlook for using all available tools to protect women from all kinds of violence and harassment across the virtual world, especially Facebook.

Ahmed Arafa, director of the digital marketing firm Di Median Company, told Al-Monitor, “The partnership between the NCW and Facebook is a good idea as it will be in the interest of women’s rights, stopping some people from violating their privacy and freedoms on their Facebook pages through a friend request or personal message to women.”

He believes the partnership allows the reporting of a person or page attempting to harass Facebook female users and violate their privacy, which would prompt legal measures by the Facebook administration. Arafa explained that this benefits society and protects women from any violation of their privacy, since what has been taking place online amounts to moral collapse, while this partnership would protect women against any encroachment on their personal freedoms and would provide them with security while using Facebook.