Can Dundar was tried in absentia. The now Germany-based journalist reported on Turkish support for Syrian rebel groups in 2015, which angered President Recep Tayyip Erdogan. 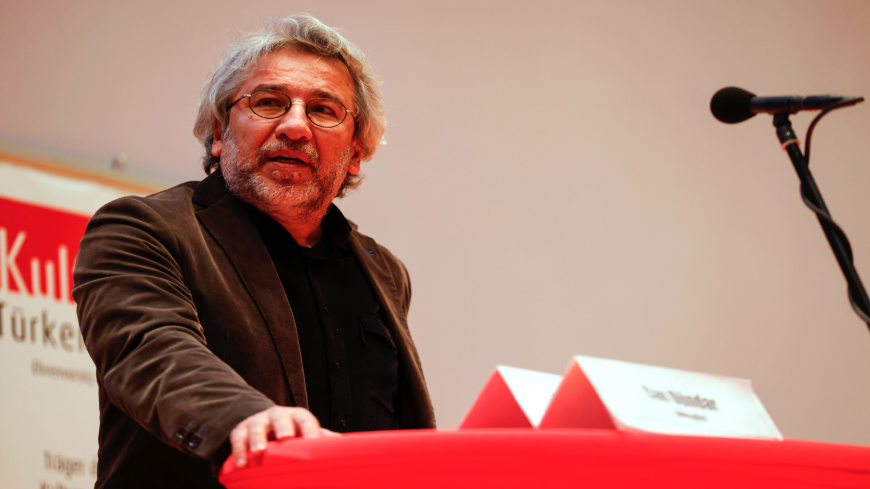 Can Dundar, Turkish journalist and former chief editor of the Turkish daily newspaper Cumhuriyet, addresses a press conference with German and Turkish intellectuals to comment on peace in the Mediterranean region and solidarity with democrats in Turkey, on Oct. 6, 2020, in Berlin. - ODD ANDERSEN/AFP via Getty Images

A Turkish journalist who wrote about Turkey sending weapons to Syria was sentenced in absentia to 27½ years in prison on Wednesday.

An Istanbul court found Can Dundar guilty of “obtaining secret documents for espionage” and “aiding a terrorist organization,” The Associated Press reported.

In 2015, Dundar, then editor-in-chief of the Turkish news outlet Cumhuriyet, published a report on Turkish intelligence sending weapons to Syrian Islamist rebel groups. Dundar was arrested but later ordered released by the Constitutional Court in 2016, which angered President Recep Tayyip Erdogan. He then fled to Germany, where he remains.

Turkey’s policy in Syria is a sensitive issue. Turkey is allied with several Syrian rebel groups, including hard-line Islamist ones. Turkey’s rebel allies have been accused of numerous human rights abuses by international observers.

Dundar has denied the charges against him throughout the ordeal. He called today’s verdict a “personal decision” by Erdogan to “deter the journalists writing against him,” according to AP. Erdogan has also accused Dundar of being part of the Gulen movement, which the president also blames for the 2016 coup attempt in Turkey.

Journalists in Turkey have been regularly subjected to arrests in Turkey under Erdogan, and the country ranks low in international press freedom.