The outgoing US administration is continuing to pressure Iran and its allies in its final weeks in office. 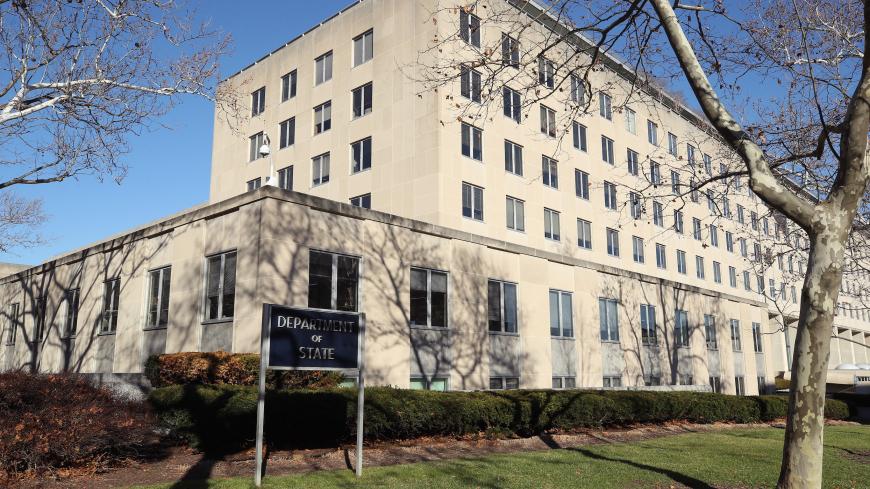 The US State Department is seen on Jan. 6, 2020, in Washington, DC. - Mark Wilson/Getty Images

The US government designated a Bahraini organization as a terror group today, part of a push to further pressure Iran and its allies before President Donald Trump leaves office in January.

Saraya al-Mukhtar is now a "Specially Designated Global Terrorist," the State Department said in a press release. The department alleged that Mukhtar receives assistance from Iran’s Islamic Revolutionary Guard Corps (IRGC) and has plotted attacks on US and Bahraini officials.

The designation was filed under Executive Order 13324, which former President George W. Bush issued in 2001 following the Sep. 11 attacks. The order allows the US government to block the financial assets of designated terrorist groups.

Iranian government operatives are active in Bahrain, at least according to Bahraini authorities. Last month, a Bahraini court convicted 51 people of plotting attacks in the country with IRGC help.

The Bahraini government is a member of the GUlf Cooperation Council and a close security partner of the United States.  Bahrain normalized relations with Israel this year.

Trump has made it a point to continue placing sanctions on Iran as the January transition to the Joe Biden presidency nears. On Monday, the Treasury Department sanctioned two Iranian intelligence officials for their alleged role in the disappearance in Iran of Robert Levinson, a retired federal officer who went missing in 2007.

The Trump administration contends that Iran may be building a nuclear bomb, which Iran denies. The administration also opposes Iran’s support of proxy groups that threaten US allies in Iraq, Yemen, Lebanon and elsewhere. Biden has said he will attempt to reenter the 2015 nuclear agreement when he takes office, if Iran is in compliance, and seek ways to strengthen the deal in consultation with regional partners.