Turkish President Recep Tayyip Erdogan took more time than other regional leaders to congratulate Joe Biden on his projected victory in the US presidential elections. The two men have a complicated past. 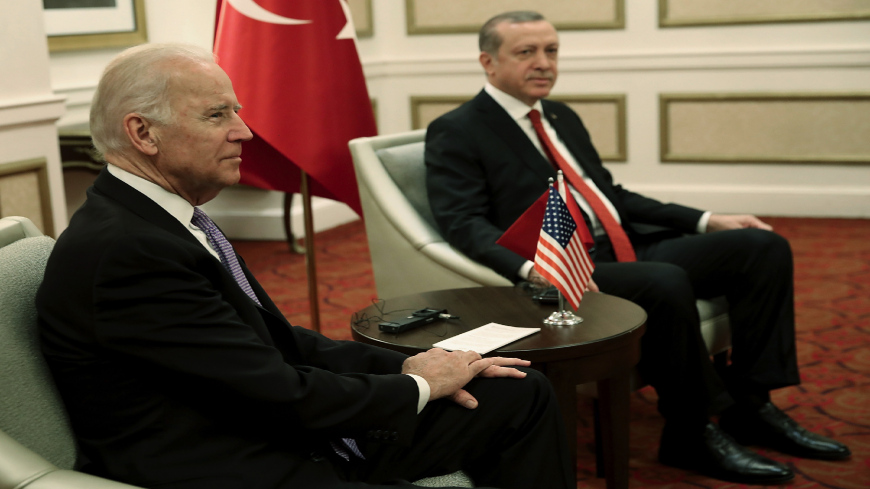 Recep Tayyip Erdogan finally commented on Joe Biden’s victory in the US presidential elections. The Turkish head of state waited longer than other regional leaders to speak to Biden, and the two have a thorny relationship.

Erdogan sent a message to the former vice president on Tuesday, according to Turkish state media.

“I congratulate you on your election success and express my sincere wishes for the peace and prosperity of the people of the United States of America,” said Erdogan, according to Anadolu Agency.

Biden was projected the winner on Saturday. Many Middle Eastern leaders congratulated Biden Saturday through Monday, including close allies of President Donald Trump. But Erdogan waited.

Erdogan’s delay is not surprising considering past events. In late 2019, Biden called Erdogan an “autocrat,” which angered many in Turkey. Biden also repeatedly criticized Turkey’s role in the Nagorno-Karabakh conflict between Azerbaijan and Armenia during the final weeks of his campaign.

Relations between Turkey and Biden’s Democratic Party have worsened recently. In October, Senate Democrats demanded an inquiry into alleged Turkish human rights abuses in the Middle East. The same month, Democrats in the Senate demanded the Library of Congress recognize the Armenian genocide.

Turkey was pleased when Trump repositioned US troops in Syria last year to pave the way for a Turkish attack on Kurdish forces in the northeast. Erdogan may have preferred Trump to win considering that, plus the fact that Democrats criticized Turkey’s actions.