Biden campaign criticizes both Azerbaijan and Armenia in statement on war

The US presidential contender also slammed Turkey's role in official remarks on the Nagorno-Karabakh conflict. 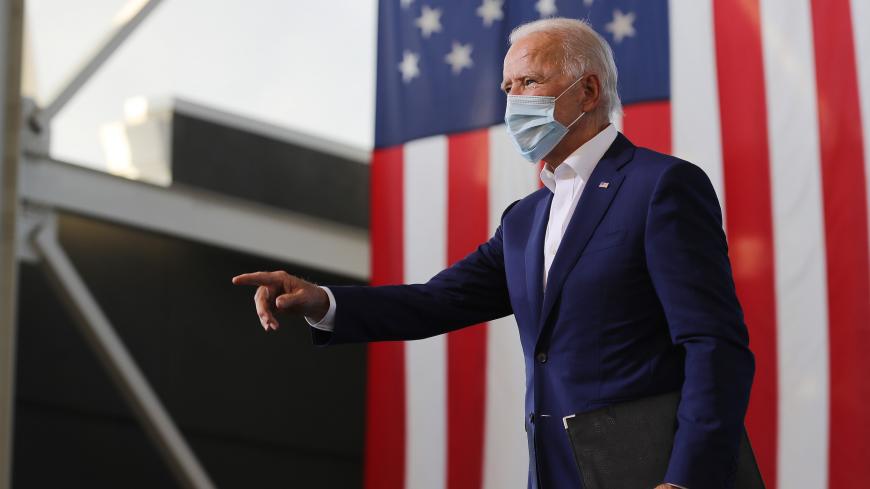 US presidential contender Joe Biden’s campaign criticized both Azerbaijan and Armenia as well as Turkey in a statement Tuesday on the Nagorno-Karabakh conflict. The Democratic nominee differs with US President Donald Trump on Turkish policy and previously condemned Turkey’s role in the Eurasian war.

Biden released the statement on his official campaign website, and called on US President Donald Trump to pressure Azerbaijan to stop its military actions.

“The Trump Administration must tell Azerbaijan that it will not tolerate its efforts to impose a military solution to this conflict,” said Biden.

The former vice president also said the Trump administration should tell Armenia to negotiate on the disputed Nagorno-Karabakh region’s status.

“It must make clear to Armenia that regions surrounding Nagorno-Karabakh cannot be occupied indefinitely and that credible negotiations on a lasting resolution of the conflict must commence immediately once a cease-fire is concluded,” he said.

In late September, Azerbaijan and Armenia began a fresh period of armed conflict over Nagorno-Karabakh. The two countries have disputed the region for decades. While Nagorno-Karabakh is internationally recognized as Azerbaijani territory, an Armenia-backed government has long controlled the area.

Turkey has historic and linguistic ties to Azerbaijan and backs Azerbaijan militarily. Biden took issue with this as well in his statement Tuesday.

Biden has criticized Turkish support for Azerbaijan before. Late last month, he demanded Turkey “stay out” of the conflict on Twitter.

Some of Biden’s fellow Democrats perceive Trump as being too friendly with Turkey and its President Recep Tayyip Erdogan. In September, Speaker of the House Nancy Pelosi said Trump “admires Erdogan” when criticizing the US president on the issue of mail-in ballots.

The Nagorno-Karabakh conflict has drawn in other Middle Eastern states in addition to Turkey. Israel sells arms to Azerbaijan’s military, which has led to criticism from Armenia. Iran also protested spillover shelling from the war that landed in Iranian territory this month.

Biden, who has a softer stance on Iran than Trump does, also said the United States should oppose any Iranian involvement in the Azerbaijan-Armenia war.

“Tell both Turkey and Iran to stay out of this conflict,” said Biden in the statement.

Some Republicans criticized Biden’s comments. Richard Grenell, Trump’s special presidential envoy for Serbia and Kosovo peace negotiations, said the war is not of interest to the United States. “He will take us to war,” Grenell tweeted. “Joe Biden can’t help himself.”