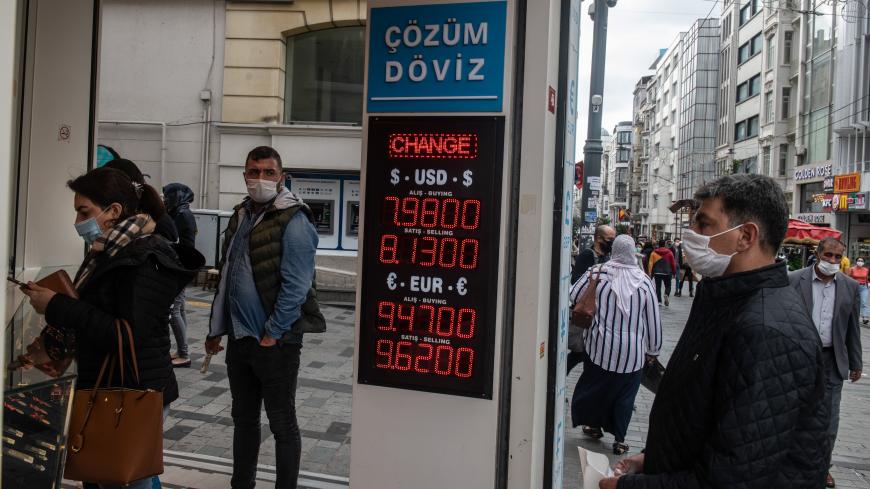 In a statement issued Thursday afternoon, the Central Bank’s Monetary Policy Committee decided to increase the one-week repo rate by 475 basis points from 10.25% to 15%, as forecasted by a Reuters poll. The committee also moved to end a multitude of complex backdoor tightening measures, opting instead to provide all funding through the main policy rate while pledging to fight the nation’s double-digit inflation.

“In the periods ahead, all factors affecting inflation will be taken into account, and the tightness of monetary policy will be decisively sustained until a permanent fall in inflation is achieved,” the Monetary Policy Committee said in a statement Thursday.

Upon news of the decision, the Turkish lira rallied as much as 2.5% against the US dollar before settling at about a 2% gain, trading at 7.57 per greenback at 7 p.m. in Istanbul. The lira remains down about 22% since the start of the year after reaching a series of record lows in recent months.

Under Turkey’s new economy team headed Agbal and Elvan, some observers expect an overhaul in the nation’s monetary policies that will stabilize the Turkish lira and help attract foreign capital to the nation’s markets.

Thursday’s rate hike also served as signal to investors that Erdogan had, at least in the short term, relinquished his opposition to high interest rates after oft repeating the unorthodox view they increase inflation rather than reduce it, as held by mainstream economic theory.

On Wednesday, one day before the Central Bank decision, Erdogan spoke out against high interest rates, casting doubt on whether monetary policy-makers would have the mandate to operate independently.

“We shouldn’t let our investors get crushed by high interest,” Erdogan said at a meeting in Ankara Wednesday.

Though Thursday’s rate hike was welcomed by most international investors as a step toward sound monetary policy, Ugras Ulku, head of the European emerging markets research at the Institute of International Finance, noted the decision would increase the average cost of lira funding from the Central Bank “only marginally” to 15%, up from the current 14.8%, as imposed through previous backdoor tightening measures.

Still, Ulku said the Central Bank committee communicated “very clearly” that the monetary policy framework would become less complicated and the cost of lira funding would be more predictable in the coming months.

“The expectation for a simplified and orthodox monetary policy framework has already helped improve investors’ sentiment toward lira-denominated assets, and as a result, Turkey’s risk premium and long-term bond yields have declined substantially since end-October,” Ulku told Al-Monitor.

Observers will now look to gauge whether orthodox policies remain in place, which could help restore market confidence in the Turkish economy. Depending on the success of the new approach, Ulku said, “Turkey’s risk premium should narrow further, essentially allowing Turkish borrowers to access to foreign funding at more favorable terms to finance a robust and less volatile output growth over the medium term.”

Central Bank policy-makers also pledged to reel in Turkey’s high annual inflation rate, which stood at 11.89% in October, up from 8.55% year-on-year and more than twice the official target of 5%.

The Turkish Industry and Business Association (TUSAID) issued a statement Thursday commending the rate hike as a move toward financial stability and a sign Turkey was “entering a new era.” Though as a resurgence in the COVID-19 pandemic weighs on global markets, the association warned of a “difficult period” ahead for the Turkish economy.

“There is a need for predictable and sustainable economic policies in accordance with free market principles in order to establish trust in the [Turkish lira] and to settle the economy on solid foundations again,” TUSAID members said in a statement.