One Tunisian man has won the battle to remove a part of his name that indicated slave status, but human rights organizations see the decision as a small step in a country that still suffers rampant racism and discrimination. 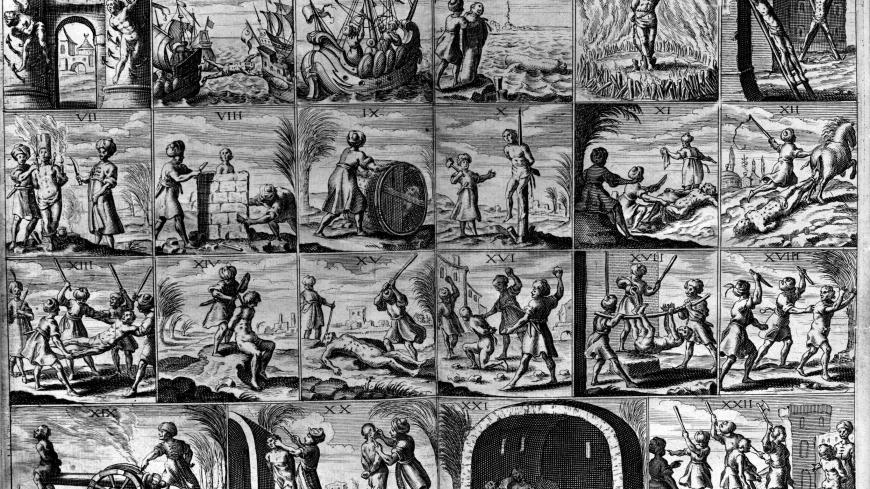 Circa 1635, 22 types of torture inflicted on Christian slaves in the Barbary States of North Africa in the 1600s are depicted in "Histoire de Barbarie" by Pierre Dan, published in 1637. - Hulton Archive/Getty Images

The Court of First Instance of Medenine, in southeastern Tunisia, ruled Oct. 14 allowing Hamdan Atig Dali, 81, to remove the term “atig” — which means liberated slave — from his name in all official documents.

The Justice Ministry had rejected the same request back in 2017, claiming that there are no relevant institutions to decide in the case.

Kareem Dali, the man’s 39-year-old son, told Al-Monitor, “For the first time in my life, I feel that I am a citizen with full duties like any other Tunisian citizen. Justice has finally prevailed, particularly since my family was subjected to a lot of harassment, discrimination and racism by the community.”

Kareem described the court ruling as historic. “It is a major triumph, not only for the family, but for all those who have dark skin in Tunisia." The ruling "could push them to seriously think of filing similar cases,” he said.

The term atig is an indication of slavery, although Tunisia was the first Arab and Muslim country to abolish slavery 174 years ago, on Jan. 23, 1846.

Kareem had filed a complaint before the Court of First Instance in 2017 on behalf of his father to remove the term from his name as contemptuous and insulting to human dignity. The family appealed again to the judiciary in August, citing a 2018 law purporting to eliminate all forms of discrimination.

Tunisians have been entitled to change their surnames since a 1959 law was passed under President Habib Bourguiba after independence. The law requires every Tunisian to have a family name and states, “Every Tunisian is entitled to request to have his name replaced, upon the instructions of the President of the Republic and based on a request submitted to the Ministry of Justice, if his name is not Arabic or Amazigh or if the meaning of his name or pronunciation would stir confusion or mockery.”

Ziad Rouen, the general coordinator of the anti-racism association Mnemty, described the court’s decision as “historic” and added, “Everyone should be happy that Tunisia is about to get rid of the last remnants of slavery.”

He told Al-Monitor that the ruling is a victory for Tunisia, bringing new hope for others.

Rouen criticized the Tunisian state’s failure to fulfill its duty to protect its citizens by eliminating markers of stigma and humiliation and slavery. He said that Atig is not the only family name in Tunisia that denotes slavery, as there are also Mamlouk, Shushan and Abid.

Speaking to the private Mosaique FM radio channel on Oct. 16, Mnemty chair Saadiya Mesbah called on the Ministry of Education to protect citizens from discrimination on the basis of religion or skin color. She suggested adding a human rights course to the curriculum of Tunisia’s elementary schools. She added that Tunisians will only be able to escape the vestiges of slavery when they are educated about human rights.

Slavery was officially abolished in Tunisia in 1846, well before the United States, which fought a civil war over the issue 20 years later. Yet still, forms of slavery have persisted in Tunisia for decades, including human trafficking and forced labor in farms and mines.

On Sept. 6, 1841, Ahmed Pasha Bey first ended Tunisia's domestic slave trade and its participation in international sales, and ordered the venues where slaves were sold to be demolished.

In 1842, the Bey of Tunis declared that anyone born on Tunisian soil is a free person who shall not be bought or sold. Then on Jan. 23, 1846, he ordered all slaves in the kingdom freed.

Late Tunisian President Beji Caid Essebsi declared in early 2019 that Jan. 23 would be a national holiday marking the abolition of slavery.

Article 21 of the Tunisian Constitution forbids any discrimination on the basis of skin color and affirms, “All citizes, male and female, have equal rights and duties, and are equal before the law without discrimination.” 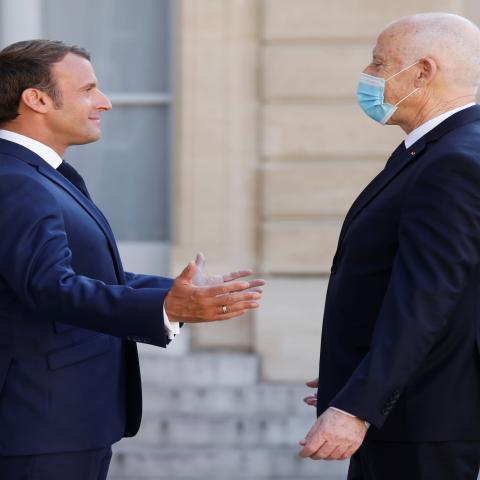 Can Tunisia stay out of Libya war?