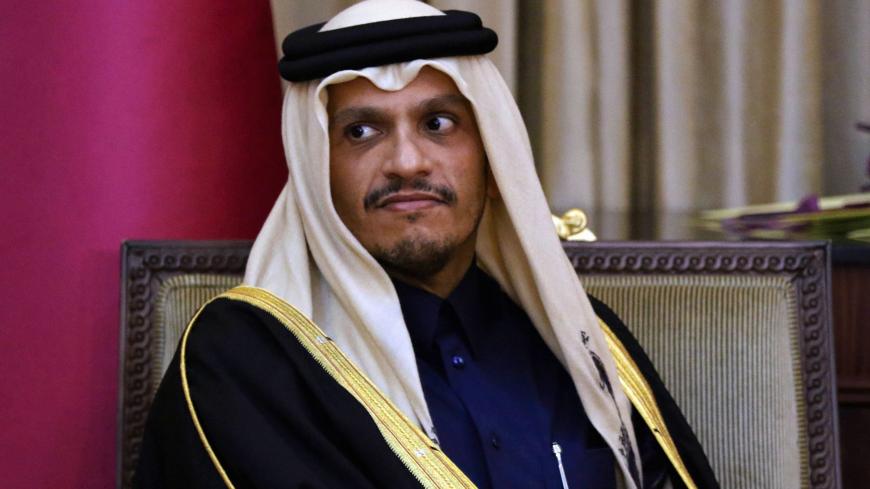 Qatar's foreign minister said at a Monday forum that the Gulf state does not have a position on its neighbors the United Arab Emirates (UAE) and Bahrain normalizing relations with Israel.

“The Emirati and the Bahraini decision, it’s their own sovereign decision to conduct a bilateral relationship, and we don’t interfere,” said Sheikh Mohammed bin Abdulrahman Al-Thani.

Thani spoke at the virtual Global Security Forum, which is usually held annually in Doha. Qatar’s top diplomat reaffirmed at the forum the country’s support for Israeli-Palestinian negotiations, a two-state solution for Israel and Palestine, and an end to Israel’s occupation of the Palestinian territories.

Although Thani called the Emirati and Bahraini normalization with Israel a “sovereign decision,” he also said that a “united front” of Arab states vis-a-vis Israel is preferable for the Palestinians.

The UAE established full diplomatic ties with Israel in September. Bahrain followed suit. For years, Gulf states' relations with Israel have improved due to their shared concerns about Iranian policies in the region. Qatar differs from other Gulf states on several issues.

The UAE and Bahrain have participated in the Saudi-led effort to isolate Qatar since 2017. Qatar is more vocally supportive of the Palestinians, maintains relations with the Palestinian Authority and Hamas, and also provides financial aid to the Gaza Strip.

Thani reiterated at the forum Qatar's support for a two-state solution and recalled Qatar’s own communication with Israel, which began following the Madrid Conference of 1991, leading to the establishment of trade relations and offices with Israel from 1996 to 2000. Qatar was the first Gulf state to establish such a relationship with Israel. Qatar also mediated a cease-fire between Israel and Hamas in August.