Lebanese brace for lifting of subsidies as conditions deteriorate

As Lebanon suffers from its worst economic crisis in decades, the Lebanese are growing concerned as the central bank warns that its reserves will soon be depleted, forcing it to lift subsidies off basic commodities. 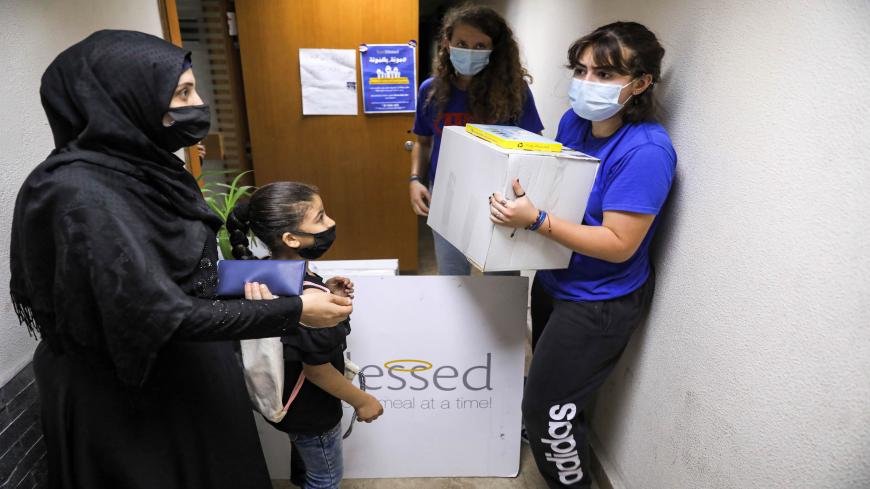 BEIRUT — News of Lebanon's central bank, Banque du Liban (BDL), lifting subsidies on basic commodities, namely fuel, medicine and flour, by the end of 2020 is causing concern and fear for the majority of the Lebanese, especially the poor who account for 55% of the population in 2020, compared to 28% in 2019, according to estimates by the United Nations Economic and Social Commission for Western Asia (ESCWA) published Aug. 19.

Meanwhile, the percentage of those suffering from extreme poverty increased three-fold, from 8% to 23%; they will soon be unable to purchase most of these goods, according to the same ESCWA estimates.

Lebanon has been suffering from an acute financial and economic crisis since October 2019, when thousands of people took to the streets to protest the government’s attempts to impose more taxes. Since then, local banks have been restricting withdrawals of foreign currency while the Lebanese pound has collapsed. Since Lebanon imports most of its goods, including basic commodities, prices of goods skyrocketed while the salaries of citizens remained the same. People lost their purchasing power, several businesses closed their doors and unemployment rates increased.

The BDL supports the import of basic commodities — fuel, medicine and flour — based on the official exchange rate of 1,515 Lebanese pounds. The BDL secures the importers' need of dollars to buy the aforementioned goods, while the value of the dollar on the black market has been hovering between 6,500 and 8,000 Lebanese pounds in recent days.

Jean Tawila, an economist and head of the Social and Economic Committee of the Kataeb party, told Al-Monitor that Lebanon needs between $600 and $800 million per month to import these goods.

BDL Gov. Riad Salameh announced in several statements in the past two months that the BDL foreign currency reserves have dropped and are now almost equivalent to the required reserves. Therefore, the BDL will not be able to offer subsidies for the mentioned goods beyond the end of 2020, according to Salameh.

According to Tawila, the required reserves that must be available at the BDL amount to $17.5 billion, while the total available reserves are less than $19 billion.

Salameh’s statements raised the concerns of many Lebanese people, as they would not be able to buy their fuel, bread, medicine, medical supplies and some subsidized foodstuffs soon.

In October 2019, people took to the streets of Lebanon to protest against the deteriorating living and economic conditions, but the economic crisis continues.

Mayada Abdullah, a civil society activist, told Al-Monitor, “With the crazy spike in the dollar exchange rate, many things have become a luxury in our lives, and this will only get worse if the fuel subsidies are lifted. I will not be able to commute to work using my car because I will spend my salary — which has not increased — on fuel. The [private] generator bill will be twice its current amount, because state electricity is almost nonexistent. I believe that the number of poor and hungry people will increase in Lebanon.”

Inas, a 35-year-old mother of one who did not want to reveal her full name, is mostly worried about subsidies on medicine being lifted. She told Al-Monitor, “I do not have a health insurance policy, and I am afraid of needing hospitalization. I also get medication for my father who suffers from chronic diseases. If subsidies are lifted, their price will increase five-fold at least, and I won’t be able to afford them.”

Abu Alaa, a father of six, is worried about the wheat subsidies; he has a cart for selling 'kaak' [hardened bread]. He told Al-Monitor, “How will we be able to secure bread for our children if the price of a bread bag rises from 1,500 to 8,000 Lebanese pounds after the subsidies are lifted. Who will buy kaak from me?”

Most economists Al-Monitor contacted said that the BDL should have supported the poorest and needy families, as is the case in developed countries, to prevent a decrease in foreign currency reserves, which is one of the causes of the current financial and monetary crisis.

Tawila believes that “supporting the poorest families is the best option.”

Nada Nehme, vice president of Consumers Lebanon, a local association concerned with consumer affairs, believes that the food basket subsidy was “an illusion.” She told Al-Monitor, “People did not sense this support because it was not available in shops, they could not access it.”

Consequently, their consumption power decreased, and the subsidies were misplaced. As for subsidizing basic commodities, like medicine, wheat and fuel, these must be provided directly to the poor and needy, through coupons or monthly funds to ensure that they reach the people rather than the merchants, she said.

“The second problem is that merchants store goods, and foreign currency reserves are depleted in the central bank until these reserves run out. The concerned authorities clearly have no solutions or intentions to address the subsidy issue. Crises are bound to unveil in the coming weeks,” Nehme added.

Tawila noted, “Price inflation rose within a year to 120% at a monthly rate of 7%, while the prices of food commodities rose by 370%. Lifting subsidies will lead to a spike in the price of commodities and hyperinflation, i.e., a price increase of 50% per month. The dollar exchange rate against the Lebanese pound will also soar, because traders will resort to the black market to secure dollars to buy basic goods."

This fear comes at a time when Prime Minister Saad Hariri has been tasked with forming a new government. However, people are banking on the formation of a government of any homogeneous working group with a clear plan and program away from the political interests of Lebanese leaders. Only then will there be a glimmer of hope to break free from the economic and monetary crisis afflicting the country.