The Lebanese parliament approved a law to fund ration cards for the most vulnerable families, while ending subsidies. 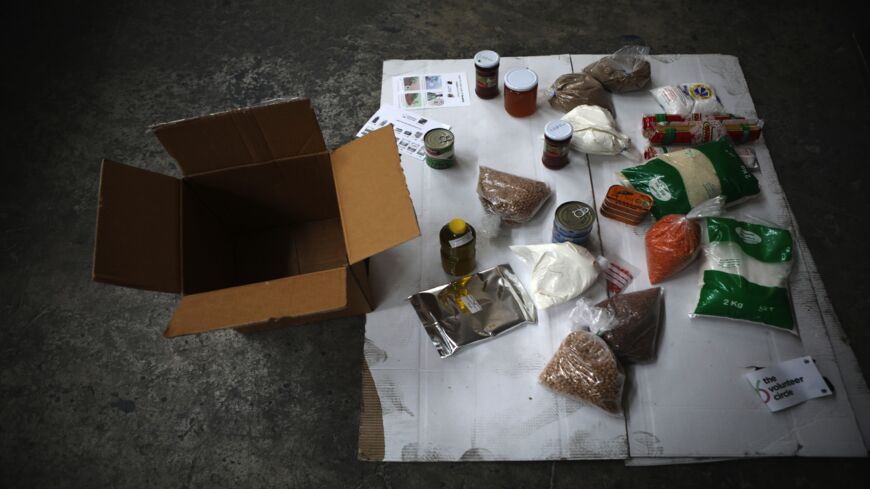 A picture taken in the Lebanese capital, Beirut, on May 29, 2020, shows the food products that constitute a ration, part of a relief campaign to help families in need across Lebanon. - PATRICK BAZ/AFP via Getty Images 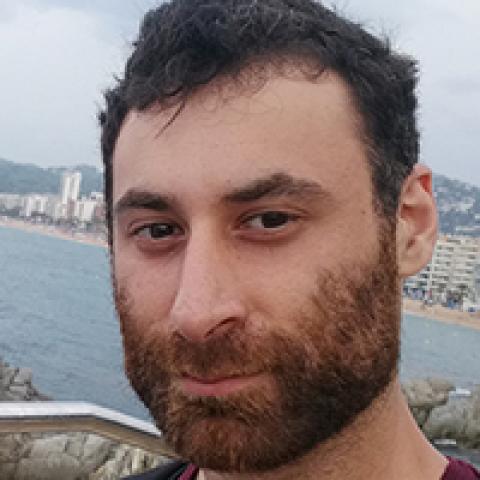 The Lebanese parliament approved a ration card law on June 30 by injecting $556 million exceptional credit in cash assistance to support the most vulnerable families, replacing the current subsidies system. The ration card program aims to support around 500,000 families through a cash payment of an average of $93 per month for one year.

Lebanon’s population is struggling to survive amid an economic collapse, with the depreciation of the local currency by over 90% that trapped 55% of the population into poverty, according to a report by the United Nations Economic and Social Commission for Western Asia.

Following the economic crisis in 2019, the central bank offered importers and traders an advantageous exchange rate to purchase fuel, wheat and medicine, and a food basket that consists of around 350 items, including coffee, cocoa powder and nuts.

Due to the crisis and a shortage of liquidity in US dollars, the central bank no longer has reserves available for subsidies, which cost $6 billion annually. Most subsidies have decreased or stopped, and the bank raised the exchange rate of fuel at the bank rate of 3,900 Lebanese pounds, while wheat and medicine are still subsidized at the official rate of 1,510 Lebanese pounds.

However, the unstoppable fall of the Lebanese pound set off a chain reaction that is bringing Lebanon to an endemic collapse. Fuel prices skyrocketed to 70,100 Lebanese pounds, while large and small bread bundles have risen by 22.74% and 17.56%, respectively.

As a result, the fear of losing subsidies led to very long lines and fights over fuel at gasoline stations amid a looming shortage in recent weeks.

Leila Dagher, associate professor of economics at the American University of Beirut and senior fellow at the Lebanese Center for Policy Studies, told Al-Monitor the replacement of the subsidies program by unconditional cash transfers was first proposed by the Ministry of Economy and Trade in September 2020.

“Had this been done then, the program could have been funded by foreign currency reserves in excess of the 15% minimum required reserves, which have now been lowered to 14%. Unfortunately, this is no longer an option, and the remaining mandatory reserves should be off-limits to any entity or any program,” Dagher said, adding that her view expressed in this article doesn’t represent any institutions of the Lebanese government with which she is associated.

The caretaker government hasn’t yet set a clear road map to enact a ration card program, as a commission chaired by caretaker Prime Minister Hassa Diab and other ministries involved in the law will make decisions based on consultations with the relevant international organizations and governments of other nations.

Nasser Yassin, professor of policy and planning at the American University of Beirut, told Al-Monitor the ration card program is not enough because there is a lack of vision on how to bring the country out of the crisis. “The government is working on the criteria to provide support through a ration card program by excluding certain families based on their income, lifestyle and availability on their bank accounts. Around 25% of the population may be excluded [from] the program. However, it should be part of a comprehensive recovery plan for Lebanon, supported by foreign aids,” Yassin said.

The ration card program would cost around $1.2 billion per year, but it is not clear from where the government may find the funds to draw on. Caretaker Finance Minister Ghazi Wazni announced that the program may be funded by the International Monetary Fund for $900 million. Meanwhile, the government would allocate $300 million received by the World Bank, initially meant to be used for public transport projects.

Contacted by Al-Monitor, Haneen Sayed, the World Bank’s lead social protection specialist (Mashreq countries), said, “In the event that the government of Lebanon requests the cancellation and redirecting of canceled financing under the existing World Bank’s portfolio to other priorities, the World Bank would consider reallocating the released funds as additional financing to the Emergency Social Safety Net (ESSN) Project only, which is a poverty program targeting extremely poor Lebanese households. This would be conditional on the satisfactory implementation of the ESSN and the verification by an independent third party that cash transfers are disbursed in US dollars to eligible extremely poor households.”

The Lebanese parliament approved a $246 million loan from the World Bank in March 2021 to finance the ESSN for more than 160,000 households monthly on prepaid cards for one year, which traces the same ratio of the recently approved ration card law. For this reason, Dagher thinks the top priority is to work incessantly to set the ESSN program funded by the World Bank in motion. “There is no need to reinvent the wheel at a time when the purchasing power of potential beneficiaries of the social safety net is deteriorating by the day if not by the hour,” Dagher said.

Although the government will need to implement the law, the lack of clarity and transparency about the ration card program and the endemic mistrust against the political system left many skeptical about its feasibility. “The governmental ration card program is the easiest option to give people money and allow the political system to play for time. As Lebanon is not a fully functioning democracy, politicians use this as an expedient. However, this is not Lebanese exceptionalism, as it happens to other countries as well,” Yassin said.

Lebanese political parties have anticipated the strategy adopted by the government by providing direct support to the most vulnerable families. Since April, several political parties, including Hezbollah, the Lebanese Forces and the Free Patriotic Movement, have been promoting several initiatives to help its supporters, including Hezbollah’s Al-Sajjad cards distributed to buy basic goods.

Although a ration card program could help needy families for a short period of time, the weakness of communication and the lack of transparency of Lebanese institutions may not solve the unbearable increase of prices of any goods amid a looming lifting subsidies system.