As Lebanon grapples with an economic crisis, qualifying families would receive up to $137 per month to help cover basic goods. 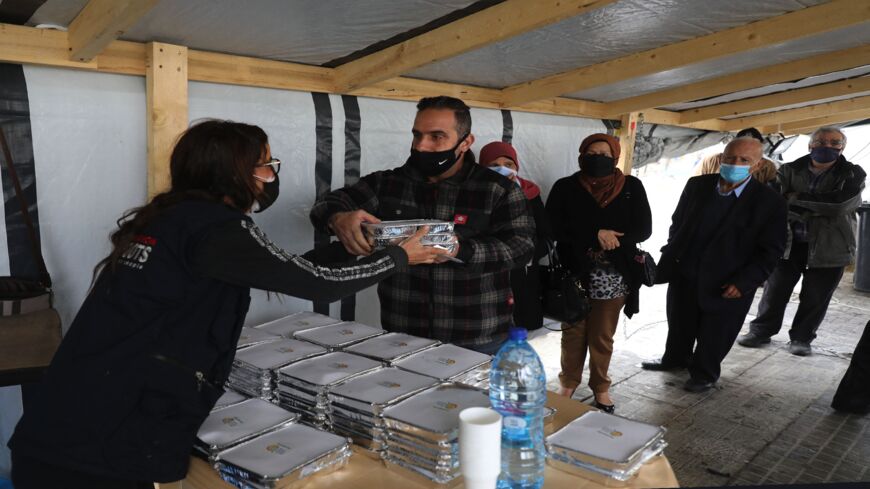 A volunteer gives out food handouts to people in need in Beirut's Mar Mikhael district, which was hard hit by last year's port explosion, on March 24, 2021. Lebanon is in the grips of its worst economic crisis since the 1975-1990 civil war, with more than half of its population living in poverty. - ANWAR AMRO/AFP via Getty Images

Lebanon’s parliament on Wednesday approved the distribution of $556 million on prepaid cash cards to half a million struggling families in the cash-strapped country.

Under the new law, households that qualify will receive up to $137 a month to help purchase necessities over the next year. A government official told Agence France-Presse that Beirut hopes to use World Bank loans to cover $300 million of the $556 million program.

The small Mediterranean country is in the midst of its worst economic and financial crisis in decades since its 1975-1990 civil war. Unemployment rates have surged, and the Lebanese currency has lost more than 90% of its value since October 2019. Around half of the population lives below the poverty line.

“Lebanese have become refugees in their own country,” lawmaker Hadi Aboul Hosn of the Progressive Socialist Party told Reuters.

Lawmakers greenlit the ration cards a day after the government announced an effective reduction in fuel subsidies meant to curb crippling fuel shortages across Lebanon. Viral videos show long lines of cars waiting outside gas stations, where attendants rationing gasoline have become the targets of near-daily attacks. The fuel crisis has also led to power cuts, meaning residents are left with limited electricity amid the scorching summer temperatures.

The political stalemate in heavily indebted Lebanon is exacerbating the economic meltdown. The country has been without a functioning government since August 2020, when Prime Minister Hassan Diab’s government quit in the wake of the Beirut port explosion that killed 200 people and gutted much of the Lebanese capital.

The Daily Star reports that Prime Minister-designate Saad Hariri hasn’t returned from a trip to Abu Dhabi, “dimming hopes for the resumption of contacts aimed at resolving differences between him and President Michel Aoun on the formation of a proposed Cabinet.”

Since the Lebanese government defaulted on its debt last year, foreign donors have been reluctant to unlock much-needed financial aid without meaningful reforms and a stable government in place.