A new report from Save the Children found the families of 564,000 children can't afford sufficient food and other basic goods. 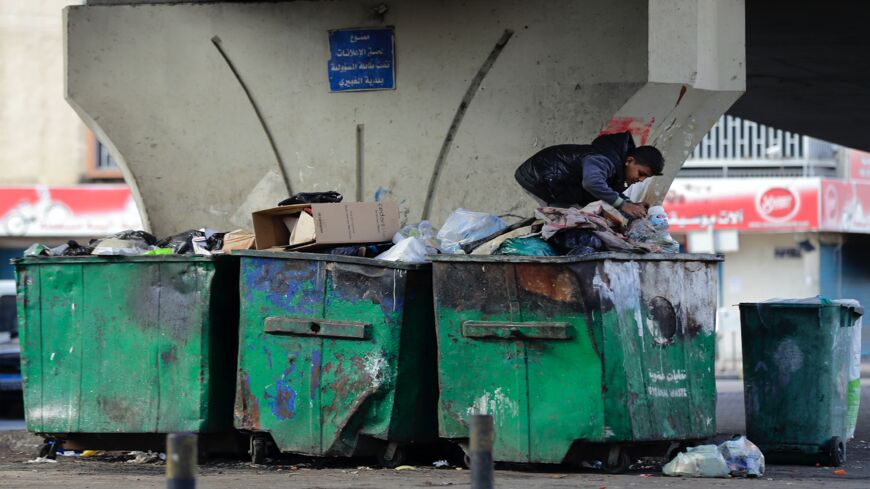 A boy digs in a garbage container in the Lebanese capital, Beirut, on Jan. 15, 2021. - JOSEPH EID/AFP via Getty Images

Nearly a year after the devastating explosion that tore through Beirut, hundreds of thousands of children in Lebanon are still going to bed hungry and struggling to survive, Save the Children said on Thursday.

Across Beirut, 910,000 people, including 564,000 children, can't afford sufficient food and other basic goods such as electricity, cooking fuel, hygiene products and water.

“This crisis hits everybody — Lebanese families, Palestinian and Syrian refugees alike. We will start seeing children dying from hunger before the end of the year,” said Jad Sakr, acting country director of Save the Children in Lebanon.

“Children, even those from Lebanese middle-income families, are increasingly eating less or nothing at all for a whole day just to make ends meet. In some cases, children are working to help with the family income, keeping them away from their education,” Sakr said in a statement.

Lebanon is in the midst of its worst financial and economic crisis since the 1975-1990 civil war. The cost of basic goods has skyrocketed, and unemployment in the formal sector has risen by 35% since last year. A recent World Food Program survey found that two-thirds of households have experienced a loss of income during the crisis.

The August 2020 blast at Lebanon’s most vital port further exacerbated the financial instability in the small Mediterranean country. The explosion, which officials blame on a stockpile of highly explosive ammonium nitrate, killed at least 215 people, injured over 6,500 and displaced more than 300,000 people from their homes. Much of the Lebanese capital was gutted by the blast, which caused billions in damage.

Mikati, a billionaire businessman who served twice before as prime minister, said he lacked a “magic wand” to solve Lebanon’s economic woes but pledged to implement a French-backed reform plan that would unlock much-needed foreign financial aid.