Egypt plans to launch a new social protection system to help the poor, which would include merging a social security safety-net plan with the program known as Takaful and Karama. 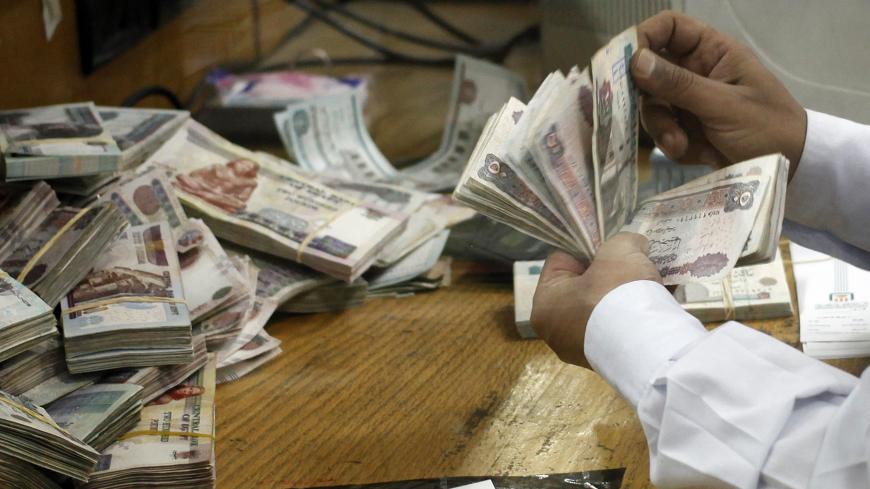 As Egypt’s poor fall between the anvil of low income and the hammer of price hikes, social protection programs become increasingly deemed as a vehicle for ensuring social and political stability.

To this end, the Egyptian authorities plan to launch a new social protection system as of August to help the poor make ends meet as part of a new law for cash subsidies. The bill, which is expected to be passed by parliament later this month, will amalgamate all of the country’s cash-subsidy schemes into the Takaful and Karama program.

Takaful and Karama is designed as a national targeted social safety-net mechanism to protect the poor through income support. The Egyptian government and the World Bank signed a $400 million agreement for funding the program in 2015.

According to the World Bank’s website, the program has covered to date 2.26 million households, amounting to around 9.4 million individuals, or roughly 10% of Egypt’s population.

The Ministry of Social Solidarity will add 120,000 new families to Takaful and Karama in fiscal year 2019-20, which began July 1. The unified social protection system, including Takaful and Karama and the social security safety-net program, will total 3.3 million poor families.

However, the bill, as drafted, has stirred fears that some of the beneficiaries would not be eligible for the monthly financial aid due to red tape and approval requirements.

The Ministry of Social Solidarity on June 22 suspended social security safety-net pensions for a total of 59,800 people, citing a number of reasons such as that recipients had employment, had private cars and that divorcees had remarried.

“I was removed from the social security program after I remarried. But I need to get the cash transfer because my husband has no permanent job to support the family,” Abeer Ibrahim, a 35-year-old housewife, told Al-Monitor.

She added, “I used to get 300 pounds ($18) monthly. Now I have no income. I’m looking for a job, but who would hire a woman without any education or experience in anything?”

The cost of living in Egypt has been on the rise since the country’s authorities floated the pound in November 2016. The authorities launched a raft of economic reforms after signing a $12 billion loan agreement with the International Monetary Fund in November 2016. Meanwhile, some beneficiaries complain of red tape and complicated procedures to get lost cash transfer cards reissued in order to get the cash transfers via automated teller machines.

“I lost my card, through which I receive the monthly transfer. I applied to get another one, but the officials refused. I filed a complaint at the Ministry of Social Solidarity, but to no avail. I just want a new card instead of the one I lost,” Mahmoud Hamed, 67, a beneficiary of Takaful and Karama, told Al-Monitor.

Asked if the cash transfer he used to get was enough for his monthly needs, Hamed said, "It’s better than nothing.”

“I get 450 pounds (around $27) from the Takaful and Karama program. I have no income resources at all,” he said.

“I get charity from good people on a seasonal basis,” Hamed said, noting that he gets alms during the Muslim holy month of Ramadan and some other Muslim feasts.

Assistant Social Solidarity Minister Neveen el-Kabag told Al-Borsa newspaper July 3 that the Ministry of Finance had approved an increase in cash transfers to 18.5 billion pounds (around $1.1 billion) in the fiscal year 2019/20, up from 17.5 billion pounds a year ago.

Moreover, Kabag said her ministry would coordinate with the Electricity Ministry and the Tecommunications and Information Technology Ministry in applying the single subsidy system, noting that monthly electricity and mobile-phone bills would be factors in assessing the beneficiaries.

Seeking ways to ease poverty rates, the Egyptian government has launched a number of social protection programs. The programs include the staple subsidies, Takaful and Karama and one launched in January, Hayat Karima (Decent Life).

Prime Minister Moustafa Madbouly said July 1 that Takaful and Karama had slashed poverty rates in some Upper Egyptian governorates to 45% from 60%.

According to the World Bank's website, the Takaful and Karama program is comprised of Takaful (Solidarity), which provides “conditional family income (a monthly transfer of 325 pounds, or $19.60) support aimed at increasing food consumption, reducing poverty while encouraging families to keep children in school and providing them with needed health care;” and Karama (Dignity), which is aimed at protecting “Egypt’s poor elderly citizens above 65 years of age and citizens with severe disabilities and diseases as well as orphans.”

The World Bank unveiled July 2 additional financing of $500 million to support ongoing efforts to expand and improve Egypt’s social safety nets, to ensure they are reaching the most vulnerable households while also building sustainable paths out of poverty.