Opposition leader Lapid accuses Netanyahu of turning back on Democrats

Opposition Chair Yair Lapid said this morning that Prime Minister Benjamin Netanyahu acts out of his own personal interests when he sidelines ties with Democrats in favor of Republicans and President Donald Trump. 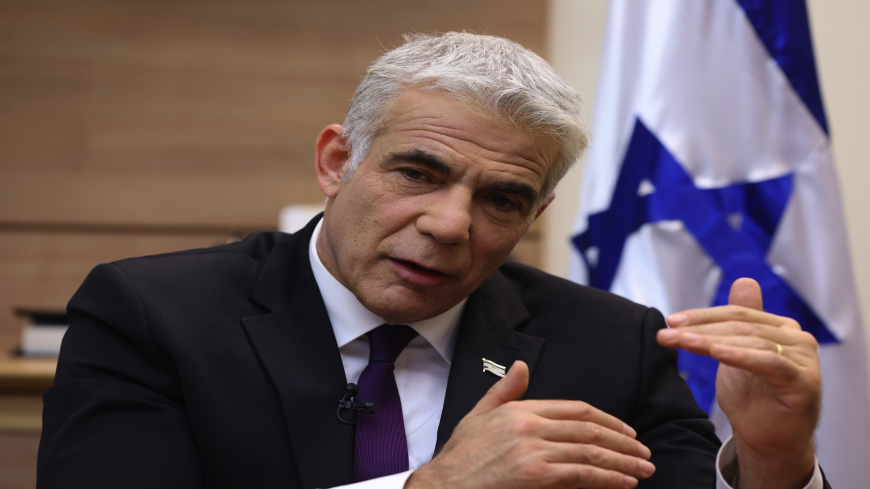 Israel's opposition leader Yair Lapid is pictured during an interview with Agence France-Presse at his office in the Knesset, Israel's parliament, in Jerusalem, on Sept. 14, 2020. - EMMANUEL DUNAND/AFP via Getty Images

With one day only before the US presidential elections, Opposition Chair Yair Lapid accused Prime Minister Benjamin Netanyahu of tampering with American bipartisan support of Israel by alienating the Democratic Party. He said that Netanyahu was motivated only by personal interests instead of the interests of the state of Israel.

Speaking at the opening of his Knesset faction weekly meeting, Lapid said, “Until a few years Israel was above politics in the United States. We were a bipartisan issue. All the governments of Israel preserved good relations with the Democrats and the Republicans. Netanyahu decided, mostly for internal reasons, to break with that principle. Netanyahu created an almost complete identification between the current Israeli government and the Republican Party, between himself and President Trump. He wanted to use President Trump’s justified popularity in Israel to gain some points at home.’’ Lapid added, "Israel cannot afford to be a branch of the Republican Party,” warning that “Israel is losing the Democratic Party.”

Tweeting right after, Lapid wrote, "I have good ties with the Republicans, but contrary to Netanyahu, throughout the years I made sure also to nurture work and friendship relations with the Democratic leadership in the Senate and the Congress. Netanyahu is only interested by his personal interests.’’

Yesterday, Netanyahu hailed Trump's Middle East policies, though he was careful not to endorse Trump explicitly for the presidential elections. Netanyahu told reporters that US bipartisan support has been "one of the foundations of the American-Israeli alliance." He then praised the numerous actions taken by Trump in favor of Israel, including America's tough stance against Iran, recognition of Israeli sovereignty over the Golan Heights, recognition of Jerusalem as Israel’s capital, the normalization deals with the Emirates and Bahrain, and rapprochement with Sudan. "I can only hope that this policy that brings, that isolates Iran and brings the fruits of peace, peace grounded in reality to the people of Israel, to the Arab peoples of the region — I can only hope that this policy will continue in the coming years," said Netanyahu.

Throughout Trump’s term in office, Netanyahu had hailed the American president as a "true friend of Israel," especially after his decisions to relocate the American Embassy to Jerusalem and the publication of the US administration plan for peace in the Middle East, considered by many as bias in favor of Israel.

Still, Netanyahu has been careful not to criticize openly Democrat candidate Joe Biden. On Oct. 23, Trump announced the normalization of ties between Israel and Sudan. In a phone call with Netanyahu just after the announcement, Trump asked Netanyahu, "You think sleepy Joe could have made this deal, Bibi? Do you think he would have made this deal somehow?” Carefully skirting the question, Netanyahu simply responded, "Mr. President, one thing I can tell you is we appreciate the help for peace from anyone in America."