A high-level Saudi delegation visited Baghdad to sign several economic and investment agreements in order to create a balance between Iraq's neighboring countries. 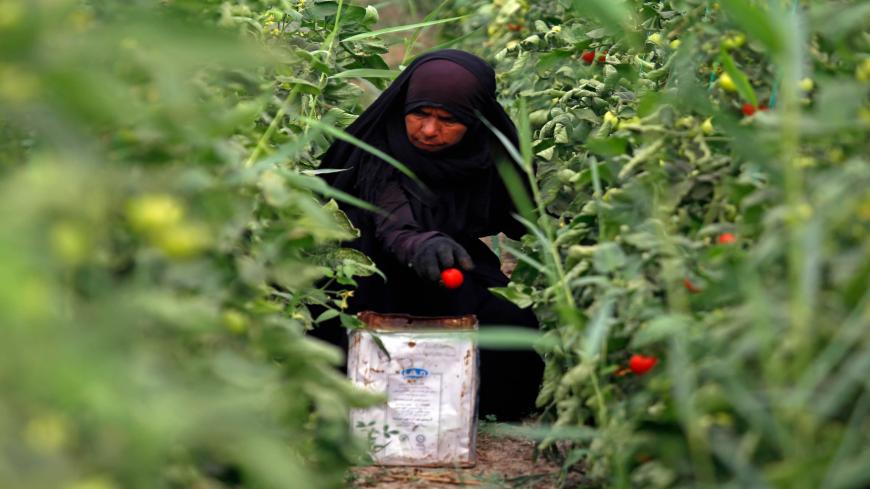 On Nov. 8, during his meeting with a Saudi ministerial delegation in Baghdad, Kadhimi announced that investment opportunities are available to Saudi companies, stressing that his government is seeking to overcome all obstacles facing them.

The announcement was made just days after Iraqi political and armed parties had rejected Saudi investments in the desert of four Iraqi provinces. Riyadh seeks to cultivate 1 million hectares in the desert area extending from the adjacent Muthanna province to Anbar, bordering Jordan and Syria, passing through Karbala and Najaf provinces in the central Euphrates area.

On Oct. 31, the State of Law Coalition led by Nouri al-Maliki rejected Saudi investments in Iraq and considered them a “threat” to the country, describing this as “colonialism” and not investment.

On Oct. 30, the head of Asaib Ahl al-Haq, Qais Khazali, rejected these investments, saying, “This project holds very serious security threats by a regime that has many precedents in harming the security and stability of Iraq, and it coincides with normalization with Israel.”

The statements of both the State of Law Coalition and Asaib Ahl al-Haq indicated that there would be damage to the Iraqi groundwater as a result of these investments. On Nov. 8, the Ministry of Water Resources said in a press statement, “Sustainable groundwater storage is available in small quantities and does not allow expansion for agricultural investment,” in reference to the geographical area in which Saudi Arabia wishes to invest.

There are 13 joint cooperation agreements between Iraq and Saudi Arabia, in the fields of infrastructure, investment, energy and electrical connection, which would reduce Iraq's purchase of gas from Iran, while the latter believes its continued sale of gas to Iraq is one of the outlets to break out of the US sanctions imposed on it.

Press reports considered the positions of Maliki and Khazali as well as members of parliament close to them as an “Iranian campaign” against Saudi investments, but Naim al-Aboudi, spokesman for the Sadiqoun bloc affiliated with Asaib Ahl al-Haq, refuted such accusations.

Aboudi added, “We took this stance to protect Iraqi interests in general, not for personal interests. We want the Ministry of Agriculture to open these investments to the Iraqi investor, and we have an experience in the Karbala desert when the religious shrines succeeded in transforming these desert areas into a yard. So why would we put Iraqi lands under a 50-year investment?”

Those who reject Saudi investment have great political and armed power, especially since they have members of parliament objecting to political agreements as well. However, such a refusal seems to have political goals and objectives rather than economic or security ones, because all parties rejecting these investments are close to Iran, which believes that Saudi Arabia's economic existence may deprive it of much.

Saudi Arabia and its officials are convinced that these threats are driven by Iran, and are thus part of the Saudi-Iranian conflict, especially since these investments include three Shiite provinces and one Sunni — Anbar — and even there, Iran has great influence.

Salman al-Ansari, president of the Saudi American Public Relations Affairs Committee, told Al-Monitor, “These threats are ridiculous, especially since the allegations of those behind them are based on sectarianism.”

He said, “Saudi investments [in Iraq] are the result of agreements and leadership meetings between the two countries, and the result of the decisions of the Joint Coordination Committee that met in Riyadh in 2019, with the participation of 130 Saudi companies and 42 Iraqi ones, intending to rebuild and accelerate reconstruction processes. This is why any Iranian threats are not of value because what matters to Saudi Arabia, in the end, is the interest of the Iraqi citizen and the Iraqi state as a sister Arab state, away from sectarianism that Iran promotes and encourages.”

The provinces in which investments are expected are in dire need of job opportunities for young people who make up over 40% of Iraqi society, especially Muthanna, which is the first province included in Saudi investment, as it ranks first in the poorest Iraqi provinces at 52%.

Trade exchange between Iraq and Iran amounts to about $13 billion annually, and it mostly consists of Iranian export to Iraq, so Iran may consider these investments a threat to the Iraqi import, which revives its economy and introduces hard currency to it.

Yehia al-Kubaisi, a consultant for the Iraqi Center for Strategic Studies, told Al-Monitor, “Those loyal to Iran are afraid these investments in predominantly Shiite areas may constitute a prelude to Saudi political influence on the one hand, and may lead to an ideological challenge on the other. So I do not think that the idea of Saudi investments can be realized on the ground in the foreseeable future.”

Kubaisi noted, “Iran will not allow anyone to come near its political presence in Iraq, nor will it accept any economic competition that could cost it the second source of hard currency represented by trade with Iraq, so it will stand firmly against any development in Iraqi-Saudi relations, be it politically or economically. Without the consent of Iran-backed Shiite politicians, one cannot be under the illusion that any Saudi investments in Iraq will succeed.”

It seems that if Saudi investments were to materialize on the ground, they will not be far from the range of fire of the armed groups that reject them. In addition, it is very difficult for the Iraqi government to provide protection, so it may be necessary for Saudi Arabia to enter into agreements with these groups, with or without the knowledge of Iran, which has already knocked back such investments so that it can secure its interests in Iraq.