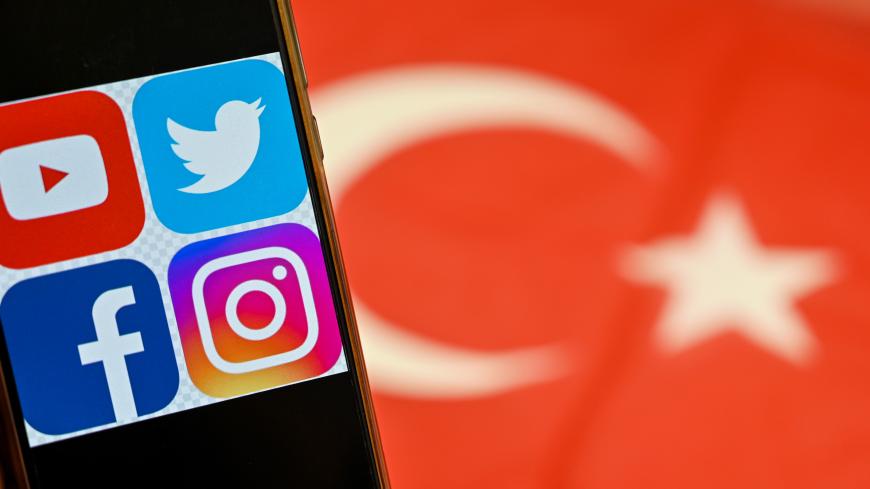 ISTANBUL — The Turkish government imposed financial penalties on major social media platforms Tuesday after the companies did not comply with a controversial new law that opponents say would limit free speech online if followed.

Facebook, Instagram, TikTok, Twitter and YouTube were each fined 10 million Turkish liras, about $1.18 million, for failing to appoint local representatives in Turkey per legislation passed in July requiring the platforms to comply with content removal requests and store user data within the country, among other measures.

The fines are the first of several penalties outlined by the social media bill, which came into effect Oct. 1. If social media companies continue to neglect measures outlined by the legislation, they could see larger fines next month, as well as a ban on local advertising and progressive throttling that would render the platforms inaccessible in Turkey by mid-spring.

Transport and Infrastructure Deputy Minister Omer Fatih Sayan, whose ministry oversees internet regulations, announced the fines in a series of tweets on Wednesday.

“I firmly believe that social network providers will make their representative notifications to our country as the legal process progresses,” Sayan tweeted. “Our aim is not to be in a conflict with these providers, which serve billions of people around the world!”

To date, only the Russian social media company VKontakte has complied with the social media bill, appointing a representative to Turkey before the Nov. 2 deadline.

Human rights advocates have raised concerns over the legislation since it was first introduced this spring, saying it could limit freedom of expression on social media sites, which remain one of few domains where alternative views and criticism of state policies can be shared widely. Though hundreds of social media users have been detained and prosecuted in Turkey as result of posts they shared, the legislation would require more stringent oversight by social media companies in compliance with Turkish laws over content deemed illegal or insulting of public figures.

The regulations require social media companies with over a million daily users in Turkey to respond within 48 hours to content removal requests from the Turkish justice system and to comply with local tax codes. Apart from Facebook and VKontakte, other major social media platforms have yet to respond to Turkish government requests.

Yaman Akdeniz, a law professor at Istanbul Bilgi University and a founder of the Freedom of Expression Association who campaigned against the social media bill, said the platforms’ “silence can be interpreted in two ways.” Either they are still considering the law or ignoring it altogether, he said.

“I don’t think it’s a straightforward decision for them because [the bill is] a double-edged sword,” Akdeniz told Al-Monitor.

Akdeniz said companies that do not establish local representation will face heavy throttling in April and May, but if they decide to comply, they’ll be compelled to carry out “onerous requirements” under Turkish law.

“There’s not much due process in Turkey and the judiciary lacks independence,” Akdeniz told Al-Monitor. “It will be extremely difficult for [social media companies] to be in Turkey because they will become part of the law enforcement and judiciary system.”

Akdeniz said he did not expect social media platforms to pay the fines issued Tuesday and that the platforms will likely remain silent until more serious penalties are imposed in the springtime.

The social media bill was introduced and swiftly passed by the Turkish Parliament after an incident in June in which Turkish President Recep Tayyip Erdogan’s daughter, Esra Albayrak, was harassed online following an announcement celebrating the birth of her fourth child. A few days before the incident, Erdogan himself was the subject of offensive comments during a live broadcast on YouTube.

The legislation faces a pending legal challenge in the nation’s Constitutional Court filed by Engin Ozkoc, a member of Turkey’s main opposition Republican People’s Party. Court proceedings are expected to begin in the coming months.

Free speech advocates have long voiced concerns over the media environment in Turkey, where more than 90% of traditional outlets are run by the government or government-friendly companies and dozens of journalists are imprisoned. The online encyclopedia Wikipedia was also blocked in the country for nearly three years between 2017 and 2020.

In its 2020 free speech index, US-based rights organization Freedom House ranked Turkey lower than the previous year due to the continuation of temporary access bans on social media platforms and the introduction of the social media bill.

“This is a dramatic escalation of internet regulation in Turkey,” Adrian Shahbaz, director for technology and democracy at Freedom House, said in a statement after the bill was passed in July. “Under this law, Turkish authorities are aiming to coerce social media companies to comply with censorship and surveillance.”