With a vote expected this week, the Turkish Parliament is set to begin deliberations over a bill that would compel social media platforms and news websites to open offices in Turkey and even remove content upon government request. 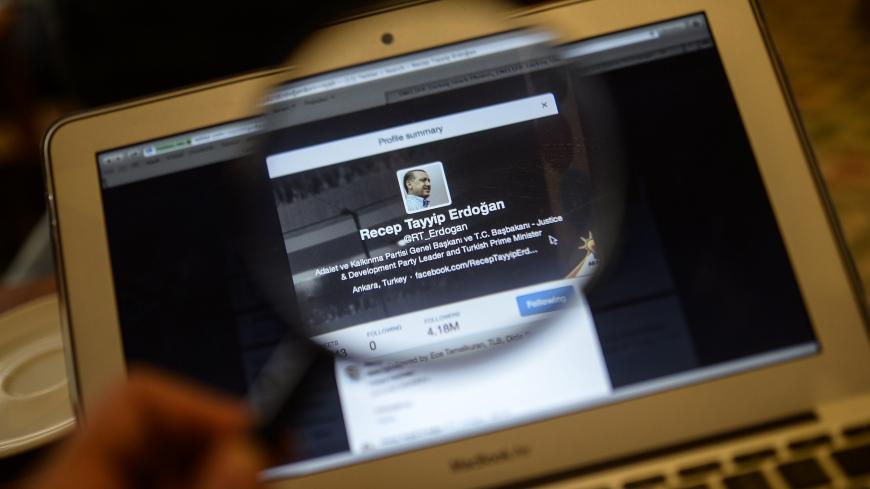 ISTANBUL — Turkish lawmakers prepared to debate a controversial social media bill Tuesday that free speech advocates said would lead to increased censorship and the removal of online content, furthering restrictions on freedom of information in the country.

Despite pushback from opposition groups and international rights organizations, the bill is expected to pass through a parliamentary majority held by the ruling Justice and Development Party (AKP) and the National Movement Party (MHP) before the body’s summer recess begins Friday.

A draft of the proposal would require social media platforms with more than one million domestic daily users, such as Facebook, Twitter and YouTube, to open offices in Turkey and appoint local representatives to implement government requests to block and remove content or face steep fines along with possible access cuts if they fail to comply.

“This is an attempt to expand the censorship regime into social media, which is one of the last free spaces” in Turkey, Scott Griffen, deputy director at the International Press Institute, told Al-Monitor. “I would describe it as blackmail of social media platforms.”

A similar bill was proposed and quickly dropped in April, but the issue was revived earlier this month after Turkish President Recep Tayyip Erdogan pledged to increase state control over social media platforms in response to the online harassment of his daughter, Esra Albayrak.

“They need to be brought into order,” Erdogan told AKP members July 1. “Such platforms don’t suit this country and our people. That’s why we want these social media platforms completely shut or controlled after bringing the issue to our parliament.”

In recent years, freedom of information has been severely restricted in Turkey, particularly amid a state of emergency sparked by a 2016 coup attempt that led to a broad crackdown on critical journalists, the closure of dozens of media outlets and a nearly three-year ban on Wikipedia. The nation was ranked 154 of 180 countries in Reporters Without Borders’ 2020 World Press Freedom index.

The nine-article social media bill will be debated as heavy-handed censorship efforts continue in Turkey, where authorities blocked access to 130,000 websites, 7,000 Twitter accounts and 10,000 YouTube videos in 2019, according to a recent report by the Freedom of Expression Association (IFOD).

If passed, the proposal would require social media companies to store user data locally, where advocates say it could be easily accessed by law enforcement agents. The bill would also introduce financial penalties for platforms that do not comply with state requests through fines ranging from 1 to 10 million Turkish liras ($144,000 to $1.44 million), up from current fines of 10,000 to 100,000 Turkish liras ($1,400-$14,000).

Facebook, Twitter and YouTube did not respond to requests for comment on the legislation. The companies have yet to make public statements regarding the bill, and their lack of response has been criticized by internet rights activists such as Yaman Akdeniz, a law professor at Istanbul Bilgi University and a founder of IFOD.

“Their silence has also been detrimental to the legislative process as they should have immediately reacted and rejected these proposals categorically,” Akdeniz told Al-Monitor. “Coming to Turkey under such circumstances will be detrimental to their business and reputation.”

Another clause put forth in the proposal would require domestic news sites to remove content or face legal repercussions. Isik Mater, research director at Turkey Blocks, a nonprofit that tracks online censorship, said such legislation could be used to erase unfavorable coverage of Turkish lawmakers such as past corruption allegations or political scandals.

“If you block something inside Turkey, people can access it through VPNs or from other countries, but if you remove the content, it’s gone,” Mater told Al-Monitor, referring to virtual private networks, a tool used to circumvent local internet restrictions. “So anything written about politicians or AKP members, it will be all gone.”

She added, “It will have a huge impact on freedom of speech.”

“New and radical measures must be taken to make sure banned platforms and sites remain restricted,” Yildiz said Monday. “These platforms do not have a function of informing the public; they don’t adhere to any discipline to gain users.”

When asked if such a proposal was technically feasible, Akdeniz said many popular VPN providers were already blocked in Turkey, including a TOR browser website.

“Do not underestimate the government's attempts to further restrict access to alternative means of accessing blocked websites and platforms from Turkey,” Akdeniz told Al-Monitor. “For sure, the new law is bad news for network development and access to information from Turkey.”