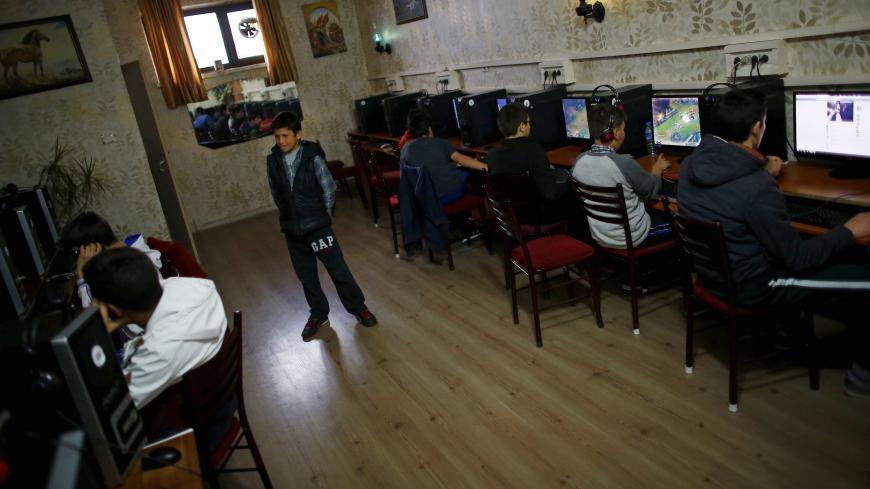 People use computers at an internet cafe in Ankara, April 6, 2015. - REUTERS/Umit Bektas

The operating space for critical journalism in Turkey continues to steadily shrink. As pro-state entities took over most mainstream outlets and government decrees shuttered dozens of opposition media organizations, Turkish journalists have increasingly moved toward online platforms to continue their work.

Now state regulators are seeking to restrict online broadcasting with a new law that free speech advocates claim may be used to silence what’s left of alternative news sources in Turkey, both domestic and foreign-based. On Aug. 1, Turkey’s Radio and Television Supreme Council (RTUK) authorized an amendment to require streaming services and online broadcasters to obtain licenses — costing up to $18,000 (100,000 liras) — to continue reaching Turkish audiences.

The law not only applies to platforms like Netflix, YouTube and PuhuTV, but also to the many web-based Turkish-language news services provided by the British Broadcasting Corporation (BBC), Voice of America (VOA) and Germany’s Deutsche Welle. Media entities have been given 30 days to acquire licenses and risk being blocked from Turkish markets if they fail to do so or their applications are not approved.

Critics of the law claim its broad language regarding the definition of news broadcasters and what constitutes socially appropriate content gives regulators free rein to target independent voices and may further curtail free speech in the country. Turkey is already home to one of the most restrictive media landscapes in the world, according to Reporters Without Borders.

“When we look at this law, its sole goal is to control internet broadcasting,” Ilhan Tasci, a RTUK council member who voted against the amendment, told Al-Monitor.

“Many people focus on what will happen with Netflix or PuhuTV or other online streaming services,” Tasci continued. “But the big picture is we have a new internet broadcasting sphere that is challenging traditional media outlets, and this alternative media is making the state uncomfortable.”

Proponents of the amendment argue its aim is to restrict inappropriate online programing for children and families, with one Daily Sabah columnist stating the government has “no choice” but to act on “popular demand” to censor scenes depicting homosexuality and drug use, as it does with television networks. RTUK President Ebubekir Sahin responded to criticism by saying opponents are misreading the law, and that censorship of information remains “clearly banned” under the Turkish Constitution.

"Our work to regulate and supervise on-demand broadcasting on internet platforms will not be against the natural flow of life,” Sahin said. He added, "The companies who generate millions of liras in income through subscription systems are unfortunately not subject to any regulations or tax obligations in our country. They don't have any legal responsibility.”

Free speech advocates have refuted claims the law will help regulate sensitive content, saying it’s a front to impose prohibitive licensing fees on independent broadcasters while denying access to opposition voices that may be seen as threatening to national security. Veysel Ok, co-director of the Media and Law Studies Association, said his organization is planning to challenge the new law for infringing on freedom of expression.

“The government has immense power over broadcast and print media as it is now,” Ok told Al-Monitor. “So journalists who are unable to find employment in this environment started their own news platforms on the internet. The only purpose of this law and the mandate that comes with it is to [block content] from those sources and bring independent media outlets under control.”

Currently, about 95% of the mainstream media in Turkey relays government-friendly news coverage and content. Wikipedia has been blocked for more than two years in Turkey. The nation leads the world in requests for content removal on Twitter and a report by the Freedom of Expression Association (IFOD) found access to 245,825 websites had been blocked in the country by the end of 2018. Meanwhile, at least 138 Turkish journalists remain behind bars, according to the press freedom monitor Platform24.

How the law will be implemented remains to be seen, said Yaman Akdeniz, an associate professor in law at Istanbul Bilgi University and a founder of İFOD. Its protocols regarding YouTube is particularly vague and state regulators will likely be tasked with deciding which channels require licenses.

Akdeniz said the licensing scheme might eventually function like the state’s issuance of press cards, which are required to work legally as a journalist in Turkey. Yet this model may pose problems, as nearly 2,400 journalists have had their press credentials revoked in the last three years, according to the journalist rights platform Press in Arrest.

“In the last 18 months … people started to rely more on the BBC Turkce, VOA and Deutsche Welle, and this has become a concern for the government authorities, who want us to read only Anadolu Agency,” Akdeniz told Al-Monitor.