Turkey’s broadcasting watchdog will give three international media organizations a matter of days to obtain a formal license and avoid being blocked in a first use of its regulatory authority outside the country. 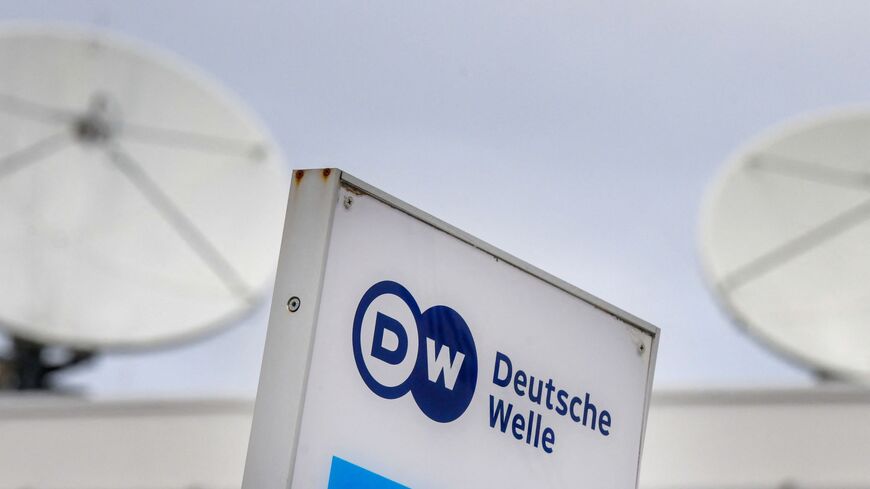 A picture shows a board with the logo of German international broadcaster Deutsche Welle at its head office in Bonn, Germany, on Feb. 8, 2022. - INA FASSBENDER/AFP via Getty Images

Turkey’s state-run broadcasting watchdog delivered a 72-hour deadline Wednesday to three international media organizations to either obtain a formal license or have their content blocked.

The ultimatum delivered by the Radio and Television Supreme Council, or RTUK, to the Turkish-language services of the Voice of America, Germany’s Deutsche Welle and Euronews was made public by the body’s board member from the main opposition Republican People’s Party.

Ilhan Tasci noted in a tweet that the decision had been made by a majority of votes and marked the first time RTUK has used its regulatory authority over international news outlets. If they fail to comply, access to their sites will be blocked, Tasci said.

Turkey, a NATO member and an aspiring member of the European Union, is among the world’s worst offenders in terms of media freedom. The estimates vary because of the nature of the crimes journalists are convicted of — related either directly to their writing or to alleged links to terror groups — but dozens are currently behind bars.

According to the advocacy group Expression Interrupted, in the last three months of 2021, 203 journalists faced trial in 98 separate cases. Some 18 of them were convicted and sentenced to a total of 24 years, five months and nine days.

Most of the mainstream media is controlled by conglomerates that directly benefit from government tenders and are therefore unabashedly uncritical of the increasingly authoritarian rule of Turkish President Recep Tayyip Erdogan, with torture under pre-trial detention and transnational kidnappings of Turkish dissidents on the rise.

Unsurprisingly, a growing number of Turks are turning to international broadcasters airing Turkish content for their news. For example, Russia’s government-run Sputnik Turkiye has a million Twitter followers. VOA’s Turkish service has roughly 270,000 and Deutsche Welle’s has 874,000. The latter’s star reporters, Nevsin Mengu and Banu Guven, have 2.3 million and 2.4 million followers, respectively, while Hilal Kaplan, a prominent columnist for the pro-government daily Sabah, trails behind with 612,000 followers.

VOA spokesperson Bridget Serchak told the broadcaster’s Turkish service in emailed comments, "VOA believes any governmental efforts to silence news outlets is a violation of press freedom, a core value of all democratic societies.” She continued, “Should the Turkish government formally block our websites, VOA will make every effort to ensure that its Turkish-speaking audience retains access to a free and open internet using all available methods.”

The US State Department said in a written response to Al-Monitor’s request for comment, “We are aware of these reports. Our concerns regarding press freedoms in Turkey are well documented and we continue urge Turkey to respect and ensure freedom of expression.”

Coming ahead of presidential and parliamentary elections set to be held in 2023, RTUK’s targeting of international media outlets “shows just how threatened Erdogan and his political allies feel,” said Merve Tahiroglu, Turkey program coordinator at the Project on Middle East Democracy, a Washington-based think tank. “Although they control most of the media in Turkey, the economic reality is shifting public opinion towards the opposition and the government appears unable to control … the narrative. Driven by this fear, this is a desperate attempt to take control and strong-arm the few remaining sources of unbiased, independent Turkish news content into submission,” Tahiroglu told Al-Monitor.

Inflation that is now running at over 45% annually is driving a growing number of Turks into poverty, and the government’s poll numbers to their lowest point since Erdogan took office almost two decades ago.

The reason the trio was singled out and that the BBC’s Turkish-language news service which has a large audience was not included is because they broadcast video content. But there is no guarantee that the BBC and other foreign outlets won’t eventually be caught in the net, Tasci told Al-Monitor. “This is not so much about content per se but rather about the government’s mindset, which says, ‘I will not accept any broadcaster to operate outside the boundaries that I set and where my message is heard.'”

The decision was based on a controversial regulation that went into effect in August 2019 and effectively grants RTUK full control over all online content. It requires all “media service providers” — a deliberately vague labeling, critics say — to apply for licenses from RTUK in order to maintain their online presence. Online streaming services like Netflix and the social media platform YouTube acquiesced. Should they fail to conform with RTUK’s famously priggish “principles,” they will face fines, suspension or cancellation of their licenses.

According to the new regulation, authorized courts can rule on RTUK’s request for action within 24 hours without any hearing.

RTUK’s deputy chair, Ibrahim Uslu from the ruling Justice and Development Party, said a detailed ruling would be published within a week to 10 days, according to the German news agency Deutsche Presse Agentur. The clock on the 72-hour deadline will begin thereafter.