Facebook told Turkish civil society members it would not comply with Ankara’s new social media law over concerns it would limit free speech rights, setting the stage for possible fines and access blocks on the platform as other social media companies consider their options. 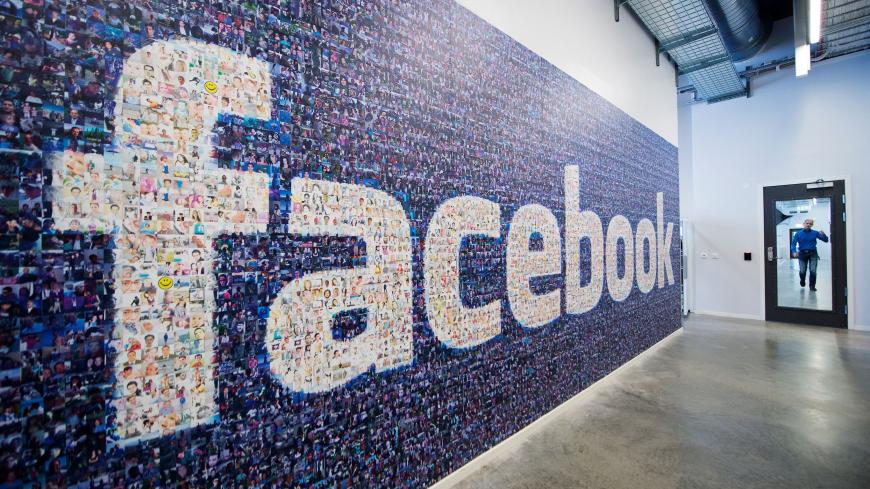 A big logo created from pictures of Facebook users worldwide is pictured in the company's Data Center, its first outside the United States, on Nov. 7, 2013, in Lulea, in Swedish Lapland. - JONATHAN NACKSTRAND/AFP via Getty Images

ISTANBUL — Turkish internet rights activist Yaman Akdeniz got a call from Facebook’s London office Monday in which the company’s human rights team said it would not comply with a controversial social media law passed in Ankara this summer.

The bill requires social media companies with more than 1 million daily users in Turkey to appoint representatives in the country, store user data locally and comply with state content removal requests, among other measures, by Oct. 1 or face steep fines and domestic access blocks on their platforms.

Akdeniz, who had campaigned for social media companies to reject the state’s attempt to gain greater control over the platforms’ operations, said he was “surprised” by Facebook’s decision, which includes Instagram as a subsidiary of the company.

“There were no negotiations,” Akdeniz, a law professor at Istanbul Bilgi University and a founder of the Freedom of Expression Association (IFOD), told Al-Monitor. “They basically decided they are not going to appoint a legal representative in Turkey.”

He continued, “The government’s plan has really backfired. This is not just a business-oriented decision. Facebook took into account civil liberties, human rights considerations while making this decision.”

In Turkey, where 90 to 95% of traditional media outlets are run by the government or government-friendly entities, social media platforms remain one of the few mediums for free expression in the country. Since the passing of a new social media law in late July, the future of free speech on such platforms has been in limbo as social media giants consider their options to continue operating in the country.

Twitter and Google have yet to respond to the legislation, passing an Oct. 1 deadline to open an office in Turkey and appoint a representative that would be subject to local tax codes and content removal requests from the Turkish justice system.

The state’s telecommunications authority will now issue warnings to noncompliant companies before issuing a growing scale of punishments, ranging from fines of $1.3 million in November to $3.8 million in December, before local advertisement bans are imposed in January, followed by bandwidth throttling in April and May that would eventually render the platforms unusable in Turkey.

Facebook did not respond to requests for comment Tuesday, but civil society members supported its refusal to comply and expressed hope other social media companies would follow the same path.

Still, what comes next remains to be seen, as the access blockages outlined in the legislation could prove unpopular among Turkey’s 83 million citizens and pose new obstacles for government officials who also use social media to reach their supporters.

“We hope that rather than turning it into a conflict between social media platforms and the government, that it will actually lead to a revision of the law, that the government will realize what they were trying to do isn’t going to work,” Scott Griffen, deputy director at the International Press Institute, told Al-Monitor.

After initial proposals earlier this year, Turkish lawmakers moved to create legislation that would allow for greater control over social media content following an incident in June in which Turkish President Recep Tayyip Erdogan’s daughter, Esra Albayrak, became the subject of crude online attacks following the announcement of the birth of her fourth child.

“Do you see why we oppose social media like YouTube, Twitter, Netflix, et cetera?” Erdogan asked at the time. “It is imperative that these channels are brought under control.”

Within two weeks, the Turkish parliament passed the social media law via a majority vote held by Erdogan’s Justice and Development Party and its allied Nationalist Movement Party members.

On July 29, Engin Ozkoc, a member of Turkey’s main opposition Republican People’s Party, filed a legal challenge against the legislation with the nation’s Constitutional Court, and the case is expected to be heard in the coming months.

With many variables in the air regarding the future of social media platforms in Turkey, Akdeniz said uncertainty permeates in the technical requirements established by the law. How the government will ban local advertising on international platforms is unclear, and he said little has been published regarding the impact on digital tax regimes.

“To be honest, the government loses here because the government earns tax through advertisements used on the Facebook and Instagram platforms,” Akdeniz said.

The Turkish social media bill is loosely based on Germany’s 2018 NetzDG law, which was introduced to address online hate speech, but critics say its application in Turkey could be disproportionately used to silence criticism of the government and state officials. In recent years, Turkey has filed the highest number of content removal requests on Twitter, according to the company’s data.

The online encyclopedia Wikipedia was also blocked for nearly three years in Turkey, between April 2017 and January 2020, over articles found to be controversial by state authorities. A report by IFOD found nearly 410,000 websites were blocked in Turkey at the end of 2019.

In the coming weeks, Griffen said his organization will await the government’s response to Facebook’s decision and monitor actions from other social media platforms.

“In a way, the move by Facebook is calling the government’s bluff to see whether the Turkish government will really … move ahead with bandwidth restrictions, with advertising bans,” Griffen told Al-Monitor. “The problem is these are extremely popular platforms.”

“Is the government really willing to reduce service for platforms that they themselves use?” Griffen asked.