Air travel is a major part of the newly established relations between Israel and the United Arab Emirates. 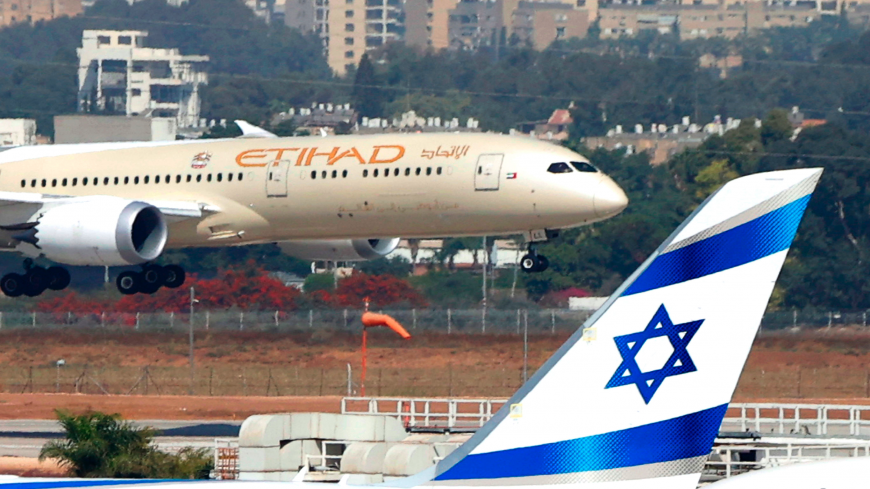 An Etihad Airways plane carrying a delegation from the United Arab Emirates (UAE) on a first official visit lands at Israel's Ben Gurion Airport near Tel Aviv, on Oct. 20, 2020.

Etihad Airways will start daily flights to Israel in 2021, the Abu-Dhabi based airline has announced. The news is the latest indication of the steadily deepening relations between Israel and the United Arab Emirates (UAE) following their normalization deal.

Etihad will begin daily, year-round flights to Ben Gurion Airport in Tel Aviv starting in March, according to a Monday press release.

The UAE’s flagship airline said the flights aim to increase both Emiratis visiting Israel and Israelis visiting the Emirates. The routes will also be timed to link up with Etihad’s connections to Thailand, India, China and Australia, which are all popular destinations for Israeli tourists.

Etihad heralded Tel Aviv as the “economic and technological center of Israel” in the release.

“The commencement of scheduled flights is a historic moment and as an airline cements Etihad’s commitment to growing opportunities for trade and tourism not just between the two countries but also within the region and beyond,” said chief operating officer Mohammad Al Bulooki.

Israel and the UAE established full diplomatic relations in September. Following Abu Dhabi’s lead, Bahrain also agreed to normalize its ties with Israel at the time. Since then, businesspeople in both countries have met and pledged closer economic cooperation. Some Israelis have already flown to the UAE for tourism, economic and other purposes.

The Israel route could provide some relief to Etihad. The airline, like others in the Gulf, has suffered severe financial setbacks during the COVID-19 pandemic. In August, Etihad reported a more than 90% drop in passenger revenues for the second quarter of 2020.