The Dubai-based airline received $2 billion from the government in August and is gradually approaching its pre-pandemic number of destinations. 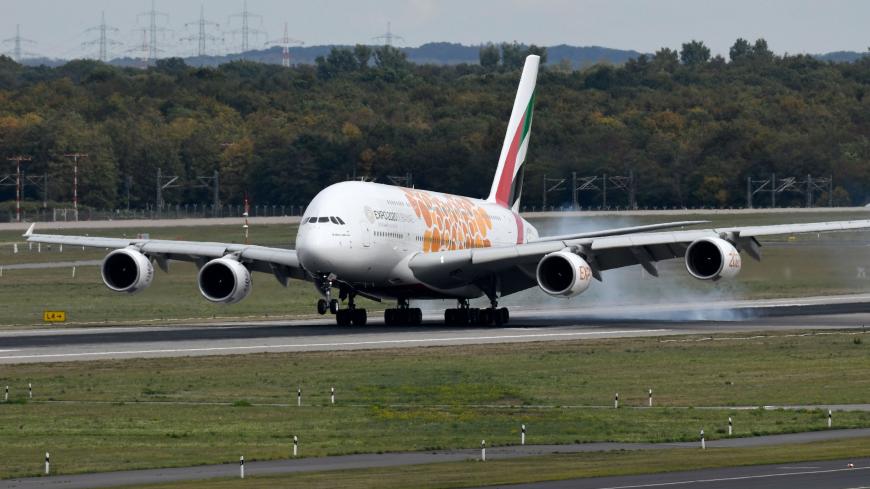 This picture shows an Airbus A380 of the Emirates airline during landing on Sept. 24, 2019, at the airport in Dusseldorf, Germany. - INA FASSBENDER/AFP via Getty Images

Emirates announced on Monday the resumption of flights to several European cities. The major Gulf airline is projecting a positive outlook after financial struggles earlier in the year.

Like other Middle Eastern airlines, Emirates stopped most passenger flights in March due to the coronavirus pandemic. In May, the airline began gradually resuming regularly scheduled international flights. Dubai is a major international transit hub.

The decrease in air travel caused by the coronavirus led to financial hardship for Emirates. In August, the company offered employees unpaid leave for the second time in 2020. In June, it cut hundreds of pilot and cabin crew jobs. Etihad Airways in Abu Dhabi and Qatar Airways in Doha have faced similar difficulties.

In late August, the Dubai government gave Emirates $2 billion, which provided some relief.

Emirates is continuing to steadily rebuild its flight network. Late last month, Emirates started flying to Muscat again. Before the crisis, Emirates flew to more than 150 destinations. Once the Lyon route resumes in November, the airline will be at 99 destinations.

Air travel is a major industry in the UAE. The country has six airlines. At the end of 2019, the sector employed 8,656 pilots, 37,694 flight attendants and 4,321 engineers, according to the state-run Emirates News Agency.