Egypt has moved to cooperate with South Korea to develop its small and medium-sized enterprises sector, which is the main pillar of sustainable development and a key to creating jobs for the country’s youth. 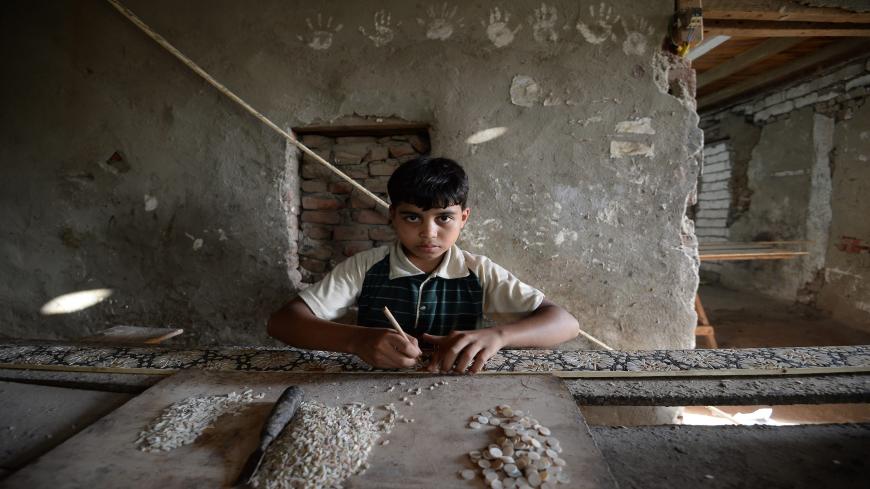 Egypt has made the small and medium-sized enterprises (SMEs) a central pillar of its sustainable development strategy and a key to creating jobs for the country’s youth.

“SMEs play a pivotal role in enhancing the manufacturing cycle in Egypt,” Prime Minister Mustafa Madbouly said Oct. 26 at a meeting of the Board of Directors of the Micro, Small and Medium Enterprises Development Agency (MSMEDA). He added, “All government agencies are mobilizing their efforts to support and develop this vital sector.”

According to Minister of Planning and Economic Development Hala al-Saeed, the SMEs sector in Egypt contains 1.7 million businesses, accounting for 44.6% of the total establishments in the formal private sector, and employs 5.8 million people.

“The SMEs sector, however, was one of the hardest-hit sectors by the coronavirus outbreak,” Saeed had said in June. “The pandemic has caused … significant challenges to emerging enterprises and businessmen, including a decline in the labor supply due to social distancing and work-from-home measures.”

In June, President Abdel Fattah al-Sisi issued Law No. 152 on the development of SMEs that offered several tax and nontax incentives, in an effort to promote the growth of the SMEs sector. The government has also allocated 8.5 billion Egyptian pounds ($540 million) to establish 13 industrial parks to serve SMEs.

The MSMEDA also organized the Turathna Exhibition on Oct. 10-15 under the auspices of the presidency in order to revive traditional crafts and assist small handicraft manufacturers by opening outlets to market their products. Over 600 small manufacturers participated in the exhibition to showcase art and heritage products such as copper and glass products, handmade carpets, furniture and leather.

The Egyptian government views SMEs as a labor-intensive sector that can accommodate large numbers of youth and help reduce the unemployment rates.

“SMEs will be the main focus of the government in the coming period, in light of the current crisis caused by the coronavirus pandemic,” Bassant Fahmy, a member of the parliamentary Economic Affairs Committee, told Al-Monitor.

“SMEs have a special importance right now because the youth account for half of Egypt’s population and it is difficult to find jobs for them in light of the coronavirus outbreak and the current global economic conditions,” he said.

Fahmy noted that the Egyptian government has taken a series of measures to encourage SMEs, including the opening of workshops and small factories in 17 of Egypt’s 27 governorates that entrepreneurs can hire or own. “The Egyptian youth can produce many products with a competitive advantage that can either be sold in the local market or exported abroad,” he added.

The Egyptian government has also moved to bolster cooperation with South Korea, Asia’s fourth-largest economy and a leading player in the SMEs field.

“Egypt is keen to benefit from the Korean expertise in fostering the SMEs sector,” Minister of Trade and Industry Nevine Gamae said during a meeting Oct. 6 with the Korean ambassador in Cairo, Hong Jin-wook.

“Egypt looks to benefit from the Korean expertise in connecting Korean firms with big corporations, which contributed to creating job opportunities and increasing the dependence of Korean firms on local production requirements,” Gamae noted.

Egypt-Korea trade exchange reached $1.59 billion in 2019, according to the Ministry of Trade and Industry. Official estimates showed that Korean investments in Egypt amounted to about $570 million in 181 projects in the fields of industry, services, construction, communications, information technology, tourism and agriculture.

“E-commerce has a great importance during the current stage as it plays a major role in increasing trade relations between Egypt and Korea, especially in light of the coronavirus outbreak,” Gamae noted during the meeting, describing it as a fertile field for the SMEs activity.

SMEs are a key driver of South Korea’s economic growth. SMEs account for more than 50% of Korea’s total manufacturing output and form the backbone of the economy. According to the data provided by the Korean Ministry of SMEs and Startups, SMEs in Korea represent 99% of enterprises, 89% of total employment and 38% of exports.

“Cooperation with South Korea will greatly serve Egypt as the Korean model is marked with discipline, perfect management and cooperation between all sectors,” said Khalid al-Shafai, head of the Capital Center for Economic Studies and Research.

Shafai told Al-Monitor that SMEs contribute to nearly 40%-50% of the gross domestic product (GDP) in countries like South Korea, China, France and Germany. “The Egyptian government is giving its utmost attention to this sector given that SMEs are a dynamic force of sustainable economic growth and job creation,” he said.

He noted, “The government has established industrial compounds in most governorates with a view to giving a boost to SMEs and provide them with all the needed licenses, equipment and funding. SMEs can help localize the labor-intensive industries, reduce unemployment, increase the GDP, increase commodities in the domestic market and reduce the import bill,” Shafai added.

He concluded, “SMEs can make a breakthrough in the Egyptian economy and achieve sustainable development."