Although the Egyptian government is initiating programs to encourage work in the private sector, some graduates still see unemployment as a threat to young people. 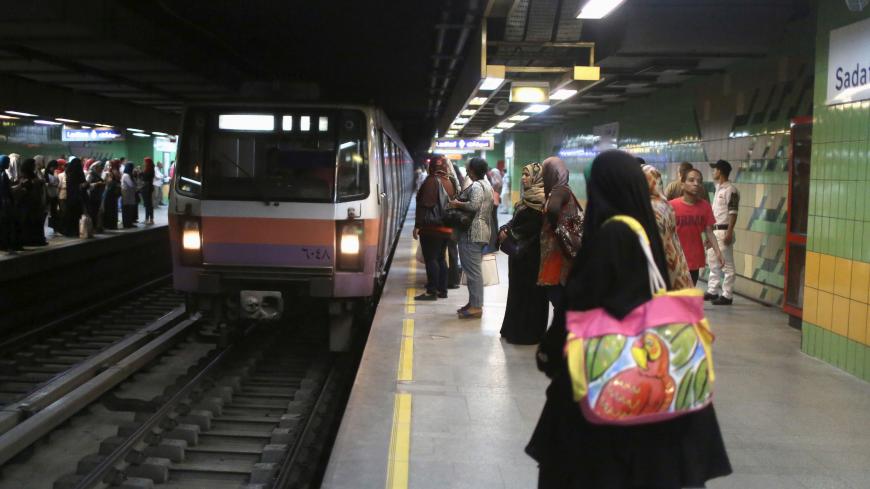 Egypt’s unemployment rate has declined to pre-revolution levels amid an economic recovery and an increase in national development projects that employ thousands of young people.

According to a report released Feb. 14 by the state-run Central Agency for Public Mobilization and Statistics, the country’s unemployment rate fell to 8.9% in the fourth quarter of last year compared with 10% in the third quarter and 11.3% in the same quarter a year earlier.

“One of the main reasons behind the drop in the unemployment rate is job fairs organized by the Egyptian Ministry of Manpower to provide employment opportunities for young people in the private sector. Thousands of opportunities have been provided,” Ahmed el-Shami, an economist and professor of feasibility studies at Ain Shams University, told Al-Monitor.

Two months ago, President Abdel Fattah al-Sisi launched an initiative to provide a dignified life for Egyptian citizens by improving conditions in all sectors. As part of this initiative, the Ministry of Manpower initiated several job fairs, starting with Giza governorate and then Ismailia, Asyut, Minya, Beni Suef and Menoufia and is due to launch other job fairs in the rest of the country’s cities.

Shami said that since January, the government has organized six job fairs in the private sector in these cities, providing 62,940 job opportunities. “People with special needs took a noticeable share of these opportunities as well and they registered a high turnout,” he added. Shami added that the government is trying to shift young people toward the private sector and entrepreneurship in order to reduce unemployment rates.

Ahmed Koura, another economist and former head of Al-Watany Bank of Egypt, said that among the reasons behind the decline in unemployment rates are huge national projects that have been recently launched in cooperation with the private sector, covering a wide range of fields, including construction, road paving and water, sanitation and electricity infrastructure.

Egypt has recently launched many initiatives and financing programs to support small- and medium-sized enterprises, according to data released by the Egyptian Micro, Small and Medium Enterprise Development Agency (MSMEDA). The programs, given by MSMEDA, cover all types of new SMEs, including industry, trade, crafts, livestock, fisheries and poultry, among others. Financing reaches up to a maximum of 2 million Egyptian pounds ($114,187) for service and trade enterprises and a maximum of 5 million Egyptian pounds ($285,469) for industrial and agricultural projects.

In accordance with an initiative launched by the Central Bank of Egypt to support SMEs, many banks also contribute to the financing of these enterprises. For instance, the National Bank of Egypt offers loans ranging between 50,000 ($2,850) and 5 million Egyptian pounds ($285,000) for industrial establishments and under 3 million Egyptian pounds ($171,000) for non-industrial establishments.

“These certificates also would encourage many people to work as irregular workers and thus open the way for more people to join jobs in the private sector,” he added.

Egypt’s economic reform program has been praised by international institutions, which say the process has pushed up growth rates, reduced unemployment rates and trimmed the budget deficit.

In a Jan. 25 statement, the International Monetary Fund managing director, Christine Lagarde, said Egypt has made substantial progress as evident in the success achieved in macroeconomic stabilization.

“Its growth rate is now among the highest in the region, the budget deficit is on a declining trajectory, and inflation is on track to reach the Central Bank of Egypt’s target by the end of 2019. Unemployment has declined … and social protection measures have been expanded,” the statement read.

However, Ahmed Gomaa, a 24-year-old graduate from the Faculty of Commerce at Cairo University who is now working as a taxi driver, said many jobs require having a minimum of three years of experience even if the applicants are new graduates.

“It is either this or you should have wasta (connections). That is why I have resorted to work in a job that has nothing to do with my study,” he told Al-Monitor.

Khaled Hassan, a bank accountant, said that job opportunities are available everywhere in Egypt, but that people are lazy about searching for such work. “Moreover, many of them are incompetent and are not developing their skills. That is why they get rejected in jobs,” he told Al-Monitor.

Hassan added that young people only look for work in the government sector where there are more benefits and there is stability and that the job-seekers do not think about starting their own businesses — although the government is strongly supporting small- and medium-sized enterprises.