Ethiopia’s detention of Egyptians escalates tensions between the two countries

Further tensions erupt between Addis Ababa and Cairo, as Egyptians are held in Ethiopia on their way to Kuwait, for traveling with a tourist visa. 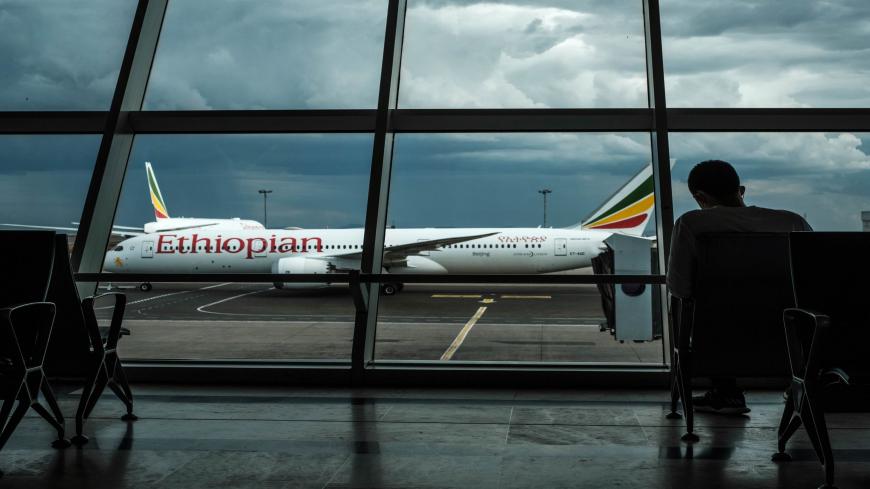 CAIRO — The Egyptian Embassy in Addis Ababa continues to communicate with the Ethiopian side to secure the release of a number of Egyptian citizens who were recently detained at Bole International Airport as they planned to return to Kuwait.

In an Oct. 30 statement, Egypt’s Ministry of Immigration and Egyptian Expatriates Affairs warned its citizens wishing to resume their work in any country, namely Kuwait, to be cautious about dealing with tourism companies and to travel only after ensuring the completion of all pertinent procedures, including the purchase of a flight ticket and obtention of a valid visa. Egyptian expatriates were also advised to check with the transit state in case of a two-week layover before heading to Kuwait.

At the request of the Egyptian Embassy in Addis Ababa, the Ministry of immigration called upon citizens returning to Kuwait via Ethiopia to delay their travels until the embassy completes the procedures of the release of the 52 Egyptians that were detained and the coordination with the Ethiopian side regarding the quarantine applied in this case.

Following contacts with Ethiopian authorities, the embassy said that Egyptian citizens had come to Ethiopia for the purpose of staying 14 days there before heading to Kuwait, and not for tourism reasons as per the visa they had obtained in Cairo. Several Egyptians in Ethiopia also violated the quarantine instructions set by Addis Ababa to stem the coronavirus pandemic.

The embassy confirmed in its statement that it is currently working on ensuring the rights of these citizens and that they are treated appropriately, explaining that this does not negate the right of the host country to take whatever measures it deems fit in the case of violating the purpose of stay in the country or the precautionary measures against the coronavirus.

The Ministry of Immigration has also contacted the Ministry of Tourism for coordination to check with tourism companies operating the travels of Egyptian citizens to ensure they adhere to all procedures in compliance with all controls for the sake of the citizens’ safety, and to ensure they are not exposed to any penalties and their safe return to their workplace.

The Ministry of Immigration said several Egyptian citizens have complained that they were detained by the Ethiopian authorities at Bole International Airport, on their way from Egypt to Kuwait. The ministry had immediately contacted the Egyptian Embassy in Ethiopia to clarify the situation. The embassy said it had contacted the Egyptian citizens trapped at the airport and the Ethiopian immigration authorities to make sure they are safe and receive appropriate treatment.

Maj. Gen. Gamal Mazloum, a strategist and former director of the Egyptian Armed Forces Center for Strategic Studies, told Al-Monitor that Ethiopia is currently going through an internal conflict and instability, and therefore it is being very cautious about the presence of any foreigners on its lands, lest this would pose a threat to its security and stability.

In addition, the relations between Egypt and Ethiopia are already tense, which may have caused the current crisis of Egyptian detainees held in Addis Ababa, according to Mazloum.

“One also ought to mention other tensions between the two countries, especially since Egypt consolidated relations with South Sudan, which closed its borders [on Nov. 5] with Ethiopia given the unrest there. Detaining Egyptian citizens also serves as a tool for Addis Ababa to pressure Cairo to agree to the building of the Grand Ethiopian Renaissance Dam,” he added.

Mazloum believes the Egyptian Embassy must communicate with the Ethiopian government for a peaceful and political solution to the detained Egyptian citizens crisis.

Gamal Zahran, a professor of political science at Suez Canal University, told Al-Monitor that detaining Egyptian citizens in Ethiopia is a mistake and Egypt has to clarify this issue, especially since Addis Ababa is accusing Egyptians of coming to the country not on a layover before moving to Kuwait, but for other reasons he did not mention.

Zahran called on Kuwait to present the work papers of the detained Egyptians to the Ethiopian government in order to avoid any crisis between Cairo and Addis Ababa that might harm the detainees, as they could face trial and imprisonment. “Egypt has to speed up in finding a solution and bring back its citizens,” he said.

Essam Abu al-Alaa, an Egyptian attorney at the Court of Cassation, told Al-Monitor that Egyptians wishing to travel outside the country have to make contracts with travel agencies that are licensed and based in Egypt, which would lead to faster solutions in case of problems, as is happening in Ethiopia. He explained that some Egyptians were detained because of mistakes made by the travel agencies that failed to inform Ethiopia about the 14-day layover.

Abu al-Alaa said that the Egyptian state must intervene to protect its citizens before tensions run high with Ethiopia, by contacting the competent authorities and submitting the Kuwaiti documents and contracts for the indidividuals held.