The Egyptian state has begun digging the largest dam in Tanzania to generate hydroelectric power. 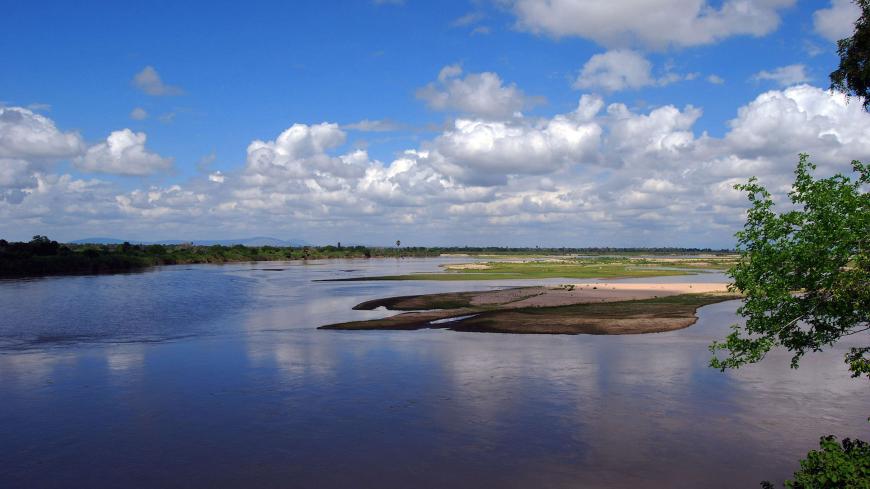 CAIRO — Egypt is trying to recreate the Aswan High Dam experience by building a similar dam in Tanzania. On Nov. 8, Egypt’s Minister of Housing Asim al-Gazzar and Minister of Electricity and Renewable Energy Mohamed Shaker attended a ceremony, in the presence of Tanzanian Prime Minister Kassim Majaliwa and representatives of the Egyptian Armed Forces Engineering Authority, Arab Contractors and Elsewedy Electric, as well as Egyptian banks, to celebrate the completion of the first stage of the construction of the first dam on the Rufiji River. After completing the diversion of the river course, work on the main bridge of the dam has now started.

The dam is part of the Julius Nyerere dam and hydropower station, which will be the largest in Tanzania.

In December 2018, the Tanzanian government announced that Egypt’s largest companies in the construction sector — Arab Contractors and Elsewedy Electric — won a bid to build the dam at a cost of $2.9 billion. The project is expected to be completed and inaugurated in 2022.

During his speech at the ceremony in Tanzania, Gazzar said, “The Egyptian government places the success of this project as a top priority, and President Abdel Fattah al-Sisi is closely following up on the stages of its implementation.”

He noted that since Sisi assigned this project to the Ministry of Housing, a working group has been formed to follow up with Arab Contractors and Elsewedy Electric on all the details and stages of implementation, and help in overcoming obstacles, solve any problems that arise and advance work through the various stages.

“We are aware of the importance of this huge national project for your country, because we have experienced almost the same conditions in previous years, and we faced the same challenges. But with political will and popular support, we were able to overcome all difficulties and obstacles. … We built the High Dam decades ago, but faced some challenges again a few years ago as well as great difficulties in the deficit of electric power. However, thanks to the political will, vision and good planning, and the popular support for the political leadership, we succeeded in converting the deficit into a surplus of thousands of megawatts (MW), in a unique experience that the world stands witness of. This helped us accomplish an unprecedented number of our service and development projects over the past six years, which changed Egypt entirely,” Gazzar added.

The dam is being built on the Rufiji River, which is approximately 600 kilometers (373 miles) long, originating in southwestern Tanzania, and flowing into the Indian Ocean, about 200 kilometers (124 miles) south of Dar es Salaam. The dam is expected to cover an area of about 1,350 square kilometers (521 square miles), with a height of 134 meters (440 feet) in concrete. It will contain nine turbines, with a production capacity of 2,115 MW, at a rate of 235 MW per turbine. Although Tanzania is one of the countries of the Nile Basin, the dam is not built on any source of the Nile River.

Ayman Hamza, official spokesman for the Egyptian Ministry of Electricity and Renewable Energy, told Al-Monitor over the phone that the dam would be one of the major dams in Africa. He said that Sisi also instructed the ministry to supervise the work of the companies implementing the project.

He said, “The fact that Egyptian cranes are being used to build this project shows Africa’s confidence in the Egyptian expertise, which over the past years was able to make a major leap in several fields, especially in the field of renewable energy, making Egypt the focus of world attention.”

Hamza noted, “This dam will help achieve development in Tanzania by providing the necessary energy to implement many development projects. The fact that Egyptian hands are working on this dam demonstrates the Egyptian state’s keenness with all its institutions to actively participate in achieving development in the continent. This also proves that Egypt is a key partner in helping put Africa on the path of development, as this huge dam shows beyond doubt that the Egyptian state has acquired expertise and its major companies are capable of competing and achieving development not only in Egypt, but also around the world.”

Officials from Arab Contractors and Elsewedy Electric confirmed in a Nov. 18 statement issued by the Ministry of Housing that the diversion of the river course is one of the main and necessary stages of the project to complete the construction of the main dam body in the parts inside the riverbed. The statement continued that the diversion required the implementation of a tunnel that is 703 meters (2,306 feet) long, 12 meters (39 feet) wide and 17 meters (56 feet) high, using blasting and mechanical equipment. A total of 445,000 cubic meters of excavation work was carried out, and the tunnel body was lined with 45,000 cubic meters of concrete, the statement continued.

The statement further explained that the project includes the construction of a dam on the Rufiji River, with a length of 1,025 meters (3,363 feet), at a height of 131 meters (430 feet), with a storage capacity of about 34 billion cubic meters, and a hydroelectric power station. The station is located on the Rufiji River in the Selous Game Reserve in the Morogoro region, southwest of Dar es Salaam, the commercial capital and largest city of Tanzania. The station will be the largest in Tanzania with an electric capacity of 6,307 MW per hour annually, officials explained, and the generated energy will be transmitted through the electricity transmission lines of 400 kilovolts to a substation, where the generated electrical energy will be integrated with the public electricity network.

The statement continued, “The project also includes the construction of four supplementary dams to form the water reservoir, two temporary dams in front and behind the main dam for draining and diversion during the construction of the main dam, in addition to a spillway in the middle of the main dam, an emergency spillway, a tunnel of 703 meters long to divert water from the river, three tunnels for the passage of water needed [to feed] the power plant, a permanent concrete bridge, and two temporary bridges on the Rufiji River. Temporary and permanent roads are paved in the project area to facilitate movement and connect the different components of the project, in addition to permanent and temporary camps.”