Vice President Mike Pence and Senator Kamala Harris took on Iran issues like the nuclear deal and the killing of Qasem Soleimani. 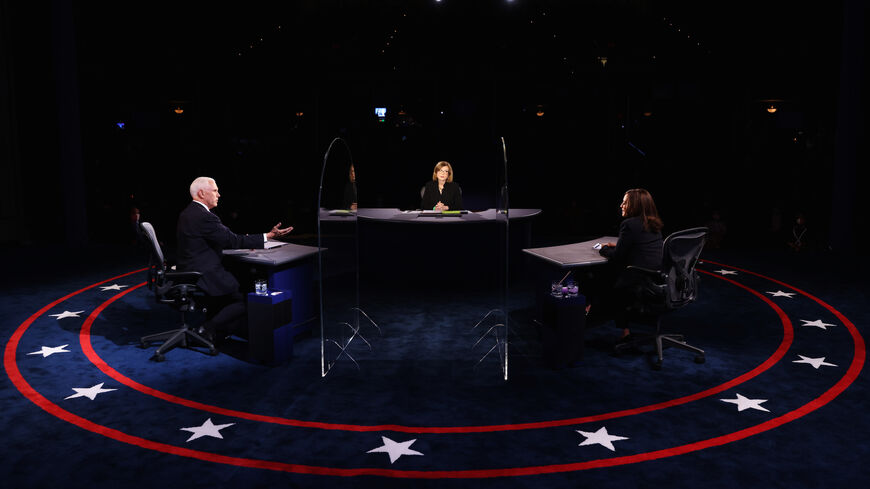 The Republican and Democratic candidates for vice president sparred over US Iran policy during the debate Wednesday night. The two candidates expressed very different views on Iran.

The Democratic nominee for vice president, Senator Kamala Harris of California, said that US President Donald Trump’s withdrawal from the Iran nuclear deal in May 2018 endangered the United States.

“We were in the Iran nuclear deal with friends, with allies,” said Harris. “And because of Donald Trump’s unilateral approach to foreign policy, coupled with his isolationism, he pulled us out and has made America less safe.”

Vice President Mike Pence and Harris, Joe Biden’s running mate, participated in the lone vice presidential debate in the US state of Utah. Much of the debate focused on domestic issues, including the COVID-19 pandemic. USA Today journalist Susan Page moderated.

Pence said the Trump administration defended the United States against the Islamic Republic, pointing to the US airstrike that killed Iranian commander Qasem Soleimani in Baghdad in January. “When Qasem Soleimani was traveling to Baghdad to do harm to Americans, President Donald Trump took him out,” said Pence. “And America is safer.”

Harris disputed that the United States was safer following the airstrike, pointing to Iran’s retaliatory strikes on US forces in Iraq following Soleimani’s death.

“After the strike on Soleimani, there was a counter strike on our troops in Iraq, and they suffered serious brain injuries,” said Harris. “Do you know what Donald Trump dismissed them as? Headaches.”

No US troops were killed in the Iranian attack in January, but 110 suffered brain injuries of varying degrees of severity.

Pence also attacked the Iran nuclear deal. The administration of former President Barack Obama, under whom Biden served as vice president, negotiated the deal in 2015. Iran agreed to scale back its pursuit of nuclear technology in exchange for the lifting of sanctions. In 2018, Trump withdrew the United States from the deal and has been imposing sanctions on Iran since.

Pence said the financial relief Iran received from the deal enabled terrorism and criticized Biden’s willingness to return to the agreement, saying, "You talk about reentering the Iran nuclear deal. I mean, the last administration transferred $1.8 billion to the leading state sponsor of terrorism.”

Iran policy is a hot button issue in the US election. At the Democratic National Convention in August, Obama’s Secretary of State John Kerry said the nuclear deal eliminated the threat of an Iran with nuclear weapons. At the Republican National Convention the same month, current Secretary of State Mike Pompeo praised Soleimani's killing during his address from the Old City of Jerusalem.

Pence also mentioned the territorial defeat of the Islamic State and the US move of its embassy to Jerusalem at the debate. Some Jewish and many evangelical Christian voters supported the relocation.

The vice president also mentioned Kayla Mueller, an aid worker who was killed by IS in Syria in 2015. At the Republican convention, her family accused Biden of being uninterested in their daughter’s case.

“What happened to her is awful and it should have never happened, and I know Joe feels the same way,” said Harris.

This week, the Justice Department announced charges against two IS members who allegedly participated in kidnapping Mueller and other slain Americans.

Reactions to the debate were lively on social media. Murad Ismael, an activist from Iraq’s Yazidi community, tweeted, “Pence supported religious minorities, including Yazidis, over the past four years, and he has my full support.”

Trita Parsi, a commentator on Iranian affairs, tweeted that Soleimani did not pose an imminent threat to the United States and that the strike “almost led to war.”