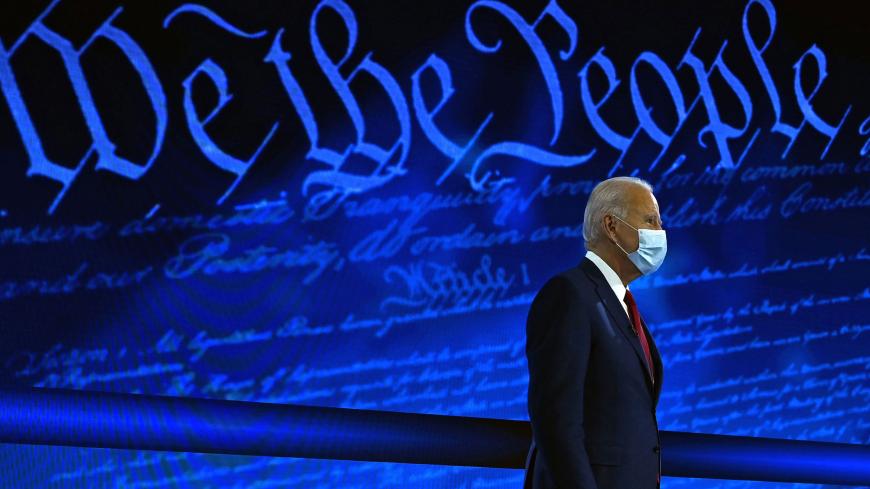 Biden, who is the Democratic Party presidential nominee, mostly spoke about domestic issues at the event hosted by ABC’s George Stephanopoulos. The US election is dominated by talk on the COVID-19 pandemic, the economy, police and race issues and other domestic concerns.

Iran is one international issue that the presidential contenders have frequently addressed. At the town hall in his home state of Pennsylvania, an attendee asked Biden if Trump deserves some credit for his foreign policy, including US efforts on Arab-Israeli normalization deals.

“You have Iran closer to having enough nuclear material to build a bomb,” said Biden in response.

Biden was likely referring to the Iran nuclear deal the United States entered into in 2015 under President Barack Obama, under whom Biden served. The agreement removed sanctions on Iran in exchange for compliance on its nuclear program. Trump withdrew from the deal in 2018, saying Iran continues to seek a nuclear weapon, which Iran denies.

Democrats often argue the withdrawal made Iran more belligerent and stronger in the region, while Republicans say the renewed sanctions have deterred and weakened the Islamic Republic.

Biden also criticized Trump’s record on North Korea, China and Russia. He did answer the question by praising the president’s work on the establishment of relations between the United Arab Emirates and Israel.

“I do compliment the president on the deal with Israel recently,” said Biden.

Biden is supportive of Israel and is not a member of the more pro-Palestine, progressive wing of the party. He has criticized some Israeli policies over the years at the same time.

At the only presidential debate between Biden and Trump so far on Sept. 29, the two candidates did not discuss Middle East policy and focused on domestic issues. Trump did not discuss the Middle East at his congruent town hall event Thursday on NBC.

The United States’ active role in the region did come up during last week’s vice presidential candidate debate. Vice President Mike Pence and Biden’s running mate Sen. Kamala Harris sparred over Iran policy in particular. They also spoke about Americans killed by the Islamic State in Syria and the US Embassy in Israel being moved to Jerusalem.

Biden has also addressed the Nagorno-Karabakh conflict between Armenia and Azerbaijan on the campaign trail recently. This week, Biden called on both sides to stop fighting and criticized Turkey’s support for Azerbaijan in a statement.