US intelligence said that Iran was responsible for threatening emails sent to voters this week; the policy toward Iran has come up frequently during the election. 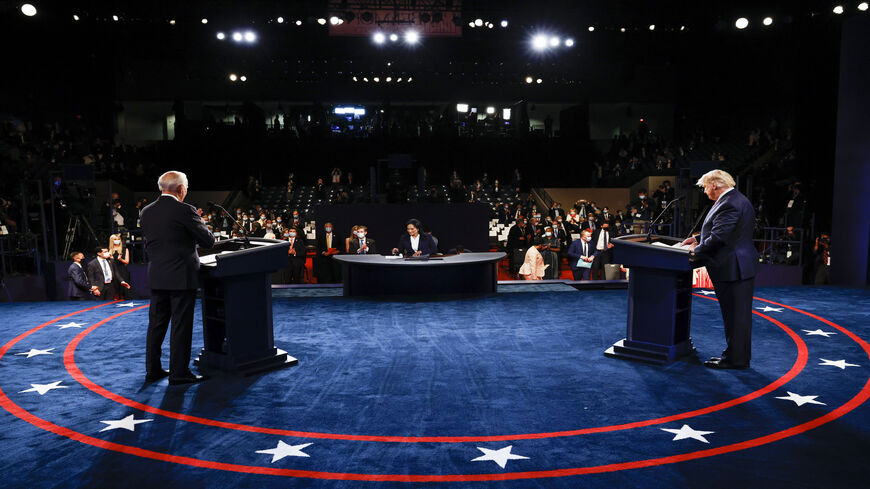 US President Donald Trump and former Vice President Joe Biden talked about apparent Iranian meddling in the election at the final presidential debate on Thursday night.

During the national security section of the debate, moderator Kristen Welker from NBC asked the candidates about reports that Iran, Russia and China are interfering in the Nov. 3 election. Biden answered the question first, saying he would hold Iran accountable.

“Now we learn that Iran is involved. They will pay a price if I’m elected,” Biden said. “They’re interfering with American sovereignty.”

Trump responded by insinuating that Iran prefers Biden to win, referring to a Wednesday conversation he had with Director of National Intelligence John Ratcliffe on allegations of Iranian and Russian interference.

"He said, ‘The one thing that’s common to both of them, they both want you to lose,’” said Trump on what Ratcliffe told him.

The allegations on Iran disrupting the US election stem from emails sent to voters earlier this week. On Tuesday, voters in the important election state of Florida started receiving threatening emails purporting to be from the far-right Proud Boys group telling them to vote for Trump. The Proud Boys denied involvement. On Wednesday, Ratcliffe said that Iran was behind the emails, which the Iranian government denied. Ratcliffe also said Russia and Iran had both obtained US voter information.

The two candidates did not discuss any other Middle East-related topics during the debate, as the conversation focused heavily on the coronavirus pandemic and race issues.

In an election mostly dominated by domestic issues, Iran has come up several times. During a town hall event last week, Biden said that Trump’s policies, which include sanctioning Iran and withdrawing from the nuclear deal, have put Iran closer to building a nuclear weapon.