Reports of increasing private armament among Turkey's Salafi groups have fueled concerns over social peace in Turkey where polarization is rife. 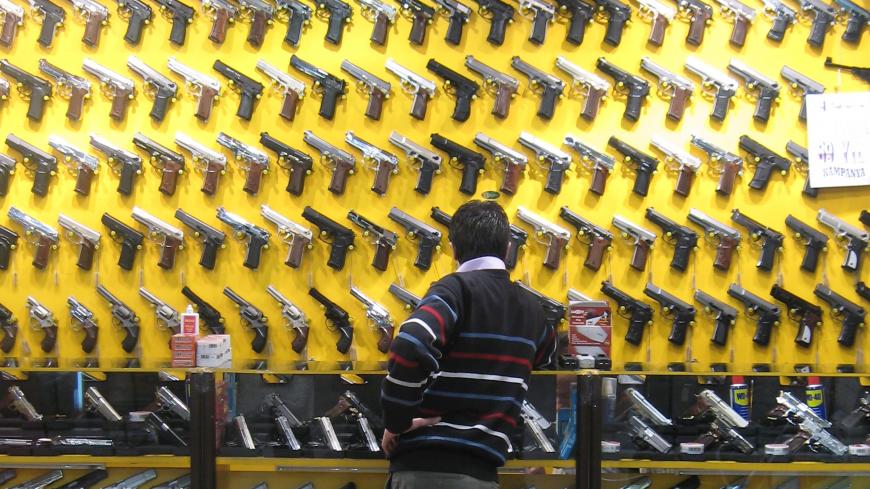 Reports of increasing private gun ownership among radical Islamist Salafi groups have shed light on the risks of rising Salafism and individual armament in Turkey.

Concern surrounding the armament of Salafi groups was set off when Muslim televangelist Ahmet Mahmut Unlu — also known as the Cloaked Ahmet Hodja — made headlines in early September when he warned Turkish authorities about the rising armament among Salafi associations. “There are around 2,000 associations. These are taking up arms,” Unlu said in a televised interview on Sept. 9, warning the groups were “getting ready for a civil war.” Unlu said he can name more than 200 of the associations.

Unlu’s warning prompted Turkey's Interior Ministry to launch an investigation on the matter, with Turkish Interior Minister Suleyman Soylu saying Oct. 1 that Unlu would soon be invited to testify in front of officials about his claims.

Although Unlu’s remarks have set off a broader public discussion on the subject, concerns over the Salafi presence in Turkey is not new. According to a 2015 intelligence report, Salafi ideology has around 20,000 supporters in Turkey.

The warning also reflects a broader power struggle between Turkey’s traditional religious communities and Salafi groups. For example, in 2019 a group of gun-wielding Salafists reportedly attacked members of an ultra-conservative religious order known as Ismailaga and wounded some of them in Turkey’s Aegean coastal province of Izmir.

According to theologian Cemil Kilic, the major reason behind this struggle is ideological differences.

“Salafism targets religious sects, believing that they undermine Islam. “They are against Sufism, shrines, sheikhs and dervishes. They think Turkey’s sects are not radical and that they are interest groups [pursuing their interests]”, Kilic told Al-Monitor. “They also consider the AKP non-Islamic,” he added.

According to Kilic, Syrian, Afghan and Pakistan refugees with Salafi beliefs have played a role in Salafi ideology gaining ground in Turkey. Kilic said Salafism has especially grown stronger in Turkey’s predominantly Kurdish southeast and eastern regions, with Salafi organizations reaching out to locals by opening teahouses, associations and foundations.

Ayhan Akcan, a psychiatrist who sits on the board of the Umut Foundation, a leading campaigner against individual armament, said the real question is not who is taking up arms; rather, it is the extent of unregistered armament in Turkey. Akcan said some 26 million have access to firearms in Turkey, with only 4 million of those legally permitted. “Ninety percent of private guns are unregistered. That means nine out 10,” he told Al-Monitor. Given these figures, it would be naive to think it's only Salafi groups that are taking up arms.

The government, meanwhile, failed to consider the rise as a threat until recently. The main opposition’s proposal to launch a parliamentary inquiry on the matter was declined by ruling Justice and Development Party members in 2017. Furthermore, the government increased the maximum number of bullets allowed for each authorized weapon from 200 to 1,000 in 2018.

The move has “poured oil on the flames” in a country where polarization is rife, according to retired Rear Adm. Turker Erturk. “This means you can buy 3,000 bullets if you have three guns. This is a dangerous step,” Erturk told Al-Monitor. He noted that the number of bullets retired army officers can obtain is still limited to 200. “What does it mean? Are retired soldiers less trustworthy than civilians?” Erturk asked.

“Probably the government is now informed about how serious the situation has become and felt the need to take action,” he told Al-Monitor.

The government’s recent efforts to curb private armament among radical groups are a step in the right direction, Kalaycioglu added: “This is the first time the government is addressing this issue.”

Pointing out that all organized, outlawed groups such as Islamic State or the Kurdistan Workers Party have a tendency to increase their armaments, Agar told Al-Monitor, “This constitutes a risk regardless of the number of armaments."

He said all of these organizations are prone to manipulation through tactical actions, which in turn could lead to civil unrest, as happened in Iraq in 2006 when al-Qaeda attacked a Shiite mosque in Samarra.

Agar also said arms smuggling to Turkey from Syria and Iraq has reached serious levels. “Those smugglers are manipulating the people in the direction of their interests,” he said.

Whether the government investigation over private armament will be limited to Salafi organizations or not remains an open question. Police operations against Salafi groups might have alleviated the concerns of the religious orders in Turkey, but the presence of millions of unregistered firearms and rifles still continues to be a concern for the social peace and security in Turkey.