In the years following Egypt's two most recent uprisings, and possibly as a reaction to the influence of Wahhabi teachings in the most populous Arab country, young Egyptians are searching for spiritual fulfillment through a creed that has long been misinterpreted in the mainstream. 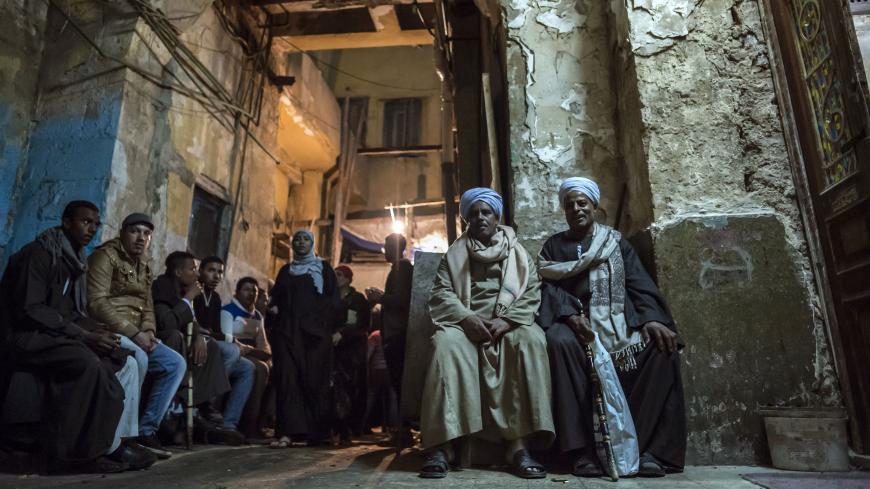 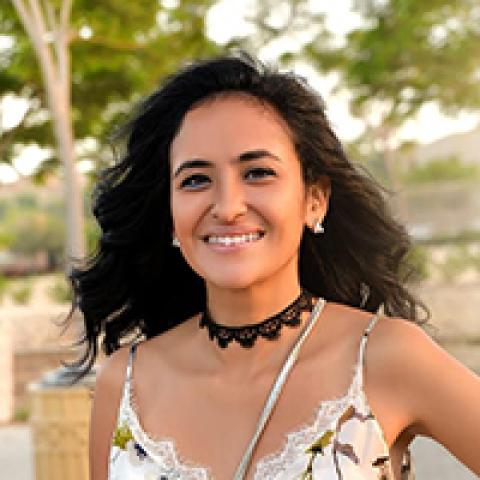 During his upbringing in a Sufi family in the 1990s in Cairo, Muhammad Sami never heard the word “Sufism” at home. At some level, he recognized that his peers were not all raised to pray at Al-Hussein Mosque on Fridays or to read Al-Busiri’s poem Al-Burda, yet he also had little understanding that his family’s practices were condemned by a parallel Islamic current.

As a university student during the Egyptian revolution, Sami was driven to seek personal meaning amid political turmoil. “I had an existential crisis for some time; I didn’t want to have contradictory beliefs. I thought, if religion doesn’t have a deeper meaning, if it’s not true and divine, I might as well not want it,” he recounts to Al-Monitor, explaining his search for the spiritual and intellectual aspects of faith.

He noticed that many young people either lost their religious faith as the Muslim Brotherhood entered the public sphere or were drawn closer to religion while seeking an alternative, often “Sufi,” interpretation.

By then, Sami had already embraced and found his place in religion after many months of reading, watching YouTube videos, and attending religion classes and gatherings with various Sufi orders. One of his major influences was an early season of Ali al-Jifri’s TV program, “The Spiritual Aspirant,” the last few episodes of which tackled the importance of following a sheikh, a spiritual leader of a Sufi order. Sami then start searching for an order that would resonate with him, eventually finding his heart with the Yemen-centered Alawiyyah. “Before this, religion was merely part of my identity, but then it became a relationship between God and myself,” he explains.

“There has definitely been a Sufi revival in Egypt, and it is especially pronounced in bourgeois, urban milieus, particularly circles of young, highly educated people; but I think it goes across class and political lines,” says anthropologist and research fellow at the Berlin-based Center for Modern Oriental Studies Samuli Schielke. “While I was doing my fieldwork between 2002 and 2005, I really felt I was studying a tradition in decline. Young people at the time were brought up with a kind of religious discourse that rejected [Sufi traditions] and described them as ‘bid’a’ [meaning ‘new and condemned practices’],” he tells Al-Monitor. Schielke, who has studied the Islamic tradition of "moulids," religious festivals usually associated with Sufism, at length, also notes that the influence of Salafism, the Muslim Brotherhood and “political movements that developed in the early 20th century” grew increasingly dominant since the 1970s.

Schielke says that the mainstream Islamic revival prior to 2011 marginalized Sufis, although he did find that small numbers of “intellectual, politically left” individuals were becoming interested in Sufism. Another significant segment of the larger population was drawn to what Islamic Studies scholar Mark Sedgwick calls “eclectic Sufism,” a broader interpretation influenced by the kind of “New Age” ideas seen in the novels of Turkish writer Elif Shafak or in concerts where Sufi chanting, performed by the likes of Ahmed Al Tuni, is modernized through loudspeakers and modern-day musical instruments.

Following the revolution in 2011, and particularly since 2013 and 2014, Schielke has observed that “a growing understanding that you could be both against ex-President Hosni Mubarak and against the Muslim Brotherhood” became prominent, making way for an “experimental openness.” Many who had previously flirted with Salafi ideology became more open to Sufism, and “even on the street level, these divides became more difficult to cross.”

From those who had criticized him a decade earlier for researching moulids to others who were once sympathetic of the Muslim Brotherhood, a search for meaning through Sufism became immensely clear, he says. Schielke explains that there has been “a conscious regime support for Sufism" and "there is a lot more Sufi-leaning content now integrated into the educational curriculum at Al-Azhar. … The Egyptian government and the Sufi orders have a shared enemy” in the Muslim Brotherhood.

Souzan Radwan, an art therapist in her mid-30s who hosts Sufi gatherings at an apartment her family owns in the upscale Maadi neighborhood, recounted to Al-Monitor her personal experience “healing from the anxieties and materialism Wahhabism created and perpetuates.” In her 20s, she was drawn away from religious views she feels were influenced by Wahhabi teachings, ceasing to wear the hijab she had taken up as an adolescent before becoming committed to “Tasawwuf,” or Sufi practice, and once again donning the veil.

“The way [Wahhabis] teach religion is skewed," she says. "Sufism isn’t something new; it has always been a cornerstone of Islam. Our religion is not the didactic interpretation of haughtiness and politicized discourse. … Tasawwuf teaches modesty, brings us closer to God and pertains to the true spiritual and ethical essence of Islam. … The religion that the media perpetuates is a parallel religion, claiming it is Islam, but it’s not truly it.” Radwan’s venue serves as a zawiya, where activities of a Moroccan-centered branch of an order she and many of her peers follow, al-Hamdiya al-Shazliya, are led by a sheikh.

During a typical Thursday evening of chanting and "dhikr," or “remembrance,” at Radwan’s, fellow “fuqara’” (which literally means “poor,” taken to mean seekers in search of richer spiritual fulfillment) are mostly acquaintances of her's and her family’s. Many are young professionals in their 20s and 30s, younger students and teenagers accompanied by their parents or siblings — this younger group seems keener on the practice than its chaperones — as well as a handful of her mother’s older peers. The scene stands in stark contrast with that Schielke describes over a decade earlier, when most of those he noticed in attendance at Sufi gatherings, particularly moulids, “seemed quite old.”

Ahmed el-Damanhury, a professor at Al-Azhar University and a sheikh who preaches the importance of Sufi practices as part of Islamic rituals, similarly observes that millennials may have become more spiritual — in the sense of seeking Tasawwuf — as a reaction to the spread of Wahhabi and Salafi influences during the past few decades.

“They are simply returning to the core of religion, because they found that the religious views being promoted to them do not fill the gap in their hearts. … Sufism is not something new to Islam; prominent Muslim scholars have always been Sufis. Historically, Sufism was undeniable until Wahhabi teachings became more widespread and condemned [Sufi practices such as] visiting the burial places of Sayyidna al-Hussein and so forth as the practice of apostates,” he tells Al-Monitor. He also describes the religious discourse perpetuated since the 1970s as “flawed,” adding that the growing interest in Sufism has been particularly clear during the past 10 years.

“I think young people today are participating in Tasawwuf more consciously; in the past [prior to the fall of the Ottoman Empire, particularly], they may have taken up Sufi practices because that was the norm and tradition at the time. But today, there is no young Sufi who hasn’t been exposed to myriad ideas before only finding peace in Tasawwuf,” Damanhury says.