A new Sufi order has been added to the 77 other orders that are recognized in Egypt; some believe that with this step, President Abdel Fattah al-Sisi is gearing up for the upcoming elections. 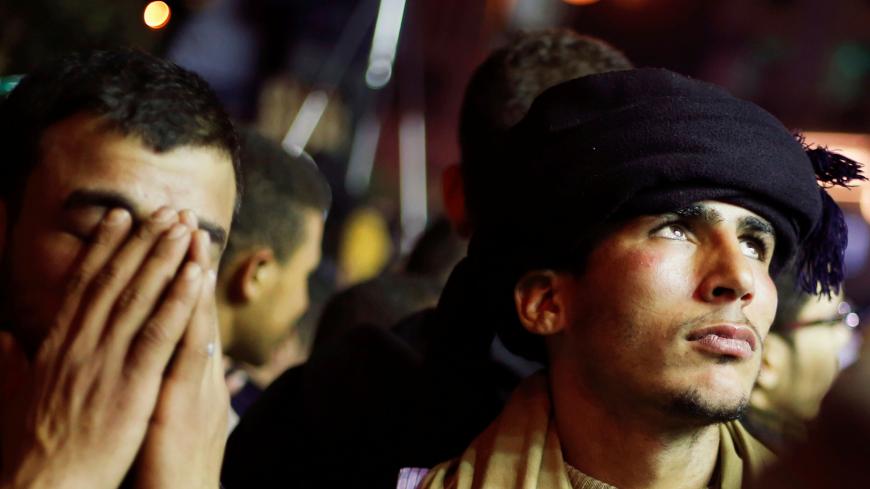 CAIRO — Al-Shadhiliya Al-Uliya is a new Sufi order in Egypt that will be launched officially during the holy month of Ramadan (May-June), according to a source belonging to this new order, who spoke to Al-Monitor on condition of anonymity.

The Supreme Council of Sufi Orders in Egypt and the Ministry of Awqaf approved Feb. 21 the official registration of the new order and for it to be added to the 77 other Sufi orders that are officially recognized in Egypt. Sheikh Ali Gomaa, the former grand mufti of Egypt, is the originator of the new mystic order.

According to the regulations of Sufi orders, issued as per Law No. 118 (1976), the Supreme Council of Sufi Orders, which was founded in 1903, receives and approves applications for a new order, which also must be approved by the Ministry of Awqaf, Al-Azhar and the Ministry of Interior. The decision is then published in the Official Gazette. The new order should not be similar in practices or name to previous ones.

The council had also approved two orders on May 24, 2017: Radwaniya al-Khalutia and the Kurdish Naqshbandi. The Ministry of Awqaf has been relying on Sufism, which is often described as Islamic mysticism, to renew the religious discourse and to counter violence and extremism in Egypt. This is happening through the organization of joint seminars with Sufis and the Ministry of Awqaf during festivals celebrating the birthdays of "walis," or Sufi saints.

The state has also been sponsoring Sufi celebrations, processions in the streets as well other occasions, namely the celebration of Ashura (which commemorates the martyrdom of Imam Hussein, a grandson of the Prophet Muhammad) in Al-Hussein Mosque. Ashura is a fiery occasion, as it stirs up the issue of Shiites in Egypt. On Ashura, the Egyptian security apparatuses allow Sufis to perform their rituals, which often involve dance and music, in Al-Hussein Mosque, while Shiites are not allowed to perform their own rituals on the same day. (Sufis include both Shiites and Sunnis.)

Ahmad Ban, a former Brotherhood member and independent researcher into Islamic groups, told Al-Monitor, “Some people — whether in the decision-making circles or among politicians —believe that making way for Sufism might be at the basis of countering extremism and restricting Salafism and the Muslim Brotherhood.”

Egypt has a population of nearly 100 million, with the predominant majority being Muslim. Meanwhile, estimates for the number of Copts range from roughly 5 million to15 million, with reliable numbers hard to come by.

Sufism is an Islamic discipline that emerged early in the history of Islam and began to be codified around the 11th century. It is based on devotion, self-discipline and nonindulgence so as to become closer to God and as far away as possible from politics. However, Sufi imams in Egypt are often accused of supporting the ruling authorities. The most prominent Sufi figures in Egypt hold high-ranking positions, such as the presidency of Al-Azhar Sheikhdom or the Ministry of Awqaf.

The recognition of the new Sufi order has angered Salafists. On March 2, Salafist preacher Sameh Abdel Hamid issued a statement demanding the government to dissolve all Sufi orders on the grounds that this ideology is in direct conflict with Sharia.

Secretary-General of the Union of Sufis Abdullah al-Nasser told Al-Monitor, “The dissemination of Sufi ideology is of paramount importance to counter extremism plaguing Egypt.” Nasser believes that the new order is not enough to face the wave of extremism sweeping Egypt.

Mohamed Abdel Maguid al-Sharnouby, the sheikh of the Sharnouby order, believes that Gomaa does not need to establish a new order. He told Al-Monitor, “He has books and programs on satellite TV channels to disseminate the Sufi ideology. Gomaa established this order with the support of the state so as to become the main religious influencer during the four years of the new presidential term [expected to be] headed by [President Abdel Fattah al-] Sisi.”

Meanwhile, Ban pointed out that relying on Sufism to counter Salafists and Muslim Brotherhood members is based on misleading grounds. “The number of Sufis is calculated by monitoring the number of participants in the celebrations of the birthdays of walis,” he said. “Not everyone attending these celebrations is necessarily a Sufi,” he added, explaining that many Egyptians go to these celebrations seeking entertainment.

Conversely, Kamel said that Gomaa has a long history in Sufism. He served as the mufti of the republic and did not engage in politics, but his views and fatwas, which were often politicized, were behind a failed assassination attempt on Aug. 5, 2016. He was shot at by masked gunmen on his way to a mosque for the Friday khutbah (public preaching) in Cairo. One of his bodyguards was wounded.

The Muslim Brotherhood-affiliated Harakat Sawa'id Misr claimed responsibility for the incident in a video. Afterward, the police investigations resulted in the arrest of eight people, all of whom were affiliated with the Brotherhood.

He noted, “By announcing a new Sufi order, Gomaa must also disassociate himself from politics because Sufism is based on asceticism, piety and distance from political action as a direct cause in worldly conflicts.”

Kamel added that the main battle of Sufism is not against the Muslim Brotherhood but against Salafism. In their rhetoric, Salafists often say that Sufis are guilty of idol worship and embracing heretical doctrine.

In fact, “Hassan al-Banna, the founder of the Muslim Brotherhood, was a member of the Hasafiyya Brothers, a Sufi order. The formation of the Brotherhood is similar to that of the Sufi orders. … It is sufficient to know that Mohammed al-Hafez al-Tijani, the [late] sheikh of the Tijani order, was one of the greatest supporters of Hassan al-Banna. Also, Brotherhood leaders such as Essam al-Arian, Jamal Heshmat and Subhi Saleh used to attend the celebrations of the birthday of Abu al-Abbas al-Mursi [a Sufi saint] in Alexandria,” Kamel said.

The Sufi voting bloc is a force to be reckoned with. This is why many Egyptian leaders and rulers boast about their Sufi origins and roots, such as Lt. Gen. Sami Hafez Anan and Sisi, who say they come from Sufi families.

The Sufis’ unwavering support for Sisi for a second term in office is a replay of previous scenarios, as former presidents such as Gamal Abdel Nasser and Anwar Sadat showed full support to Sufi orders in return for their political support and to curtail the role of political Islam groups, namely the Muslim Brotherhood.