Why is Turkey absent from table despite being in field?

Turkey’s policy to use muscle to gain diplomatic clout has been marred by a series of miscalculations, failing to produce the desired results in the conflicts in Libya and the Caucasus. 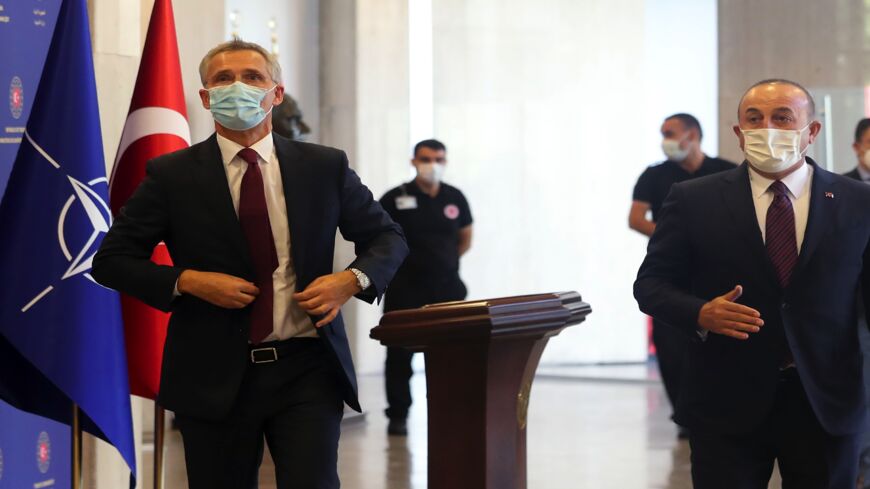 “We should be in the field in order to be at the table.” So goes the motto that has underlain Turkey’s foreign interventions in recent years. The policy, which upholds Turkey’s involvement in conflicts beyond its borders to boost its diplomatic say in the region, has achieved partial success in Syria but is failing to bear fruit in Libya and the Caucasus.

The roots of this thinking can be traced back to the 1990s, when then-President Turgut Ozal hoped to “put one and take three” by opening a northern front on Iraq in support of the United States in the Gulf War — an ambition he failed to realize due to stiff opposition from military and government seniors, some of whom resigned in defiance.

In March 2003, only five months after it came to power, the Justice and Development Party government sought parliamentary approval to team up with the United States in the invasion of Iraq, but it was rejected. Thirteen years later, however, the parliament greenlit Operation Euphrates Shield to curb Kurdish advances in Syria in what became the prelude to other Turkish military campaigns in Syria and beyond. “Being in the field” in Syria put Turkey “at the table” in the Astana process with Russia and Iran, though its military presence has not always meant diplomatic achievement.

In more recent crises, however, Turkey’s arm-twisting policy has made it a party to the conflicts, resulting in its exclusion from settlement platforms. The dialogue process that followed the fighting in Libya earlier this year and the efforts to end the war between Azerbaijan and Armenia since late September are cases in point.

On Oct. 10, Russian President Vladimir Putin sponsored an 11-hour meeting between the Azeri and Armenian foreign ministers, which resulted in a four-point cease-fire declaration that precludes any role for Turkey in the solution process in the Nagorno-Karabakh conflict, a goal that Ankara has eyed through its resolute support for Azerbaijan. The declaration upheld the mediation of Russia, France and the United States, the co-chairs of the Minsk Group, which has led settlement efforts since the conflict first erupted in the early 1990s, and asserted “the immutability of the negotiation format.”

Azerbaijan has argued for Turkey’s inclusion into the settlement process, either as a co-chair of the Minsk Group — a body created by the Organization for Cooperation and Security in Europe — or through some other formula, but it has failed to convince its interlocutors thus far. After approving the terms of the cease-fire declaration, Azeri President Ilham Aliyev insisted that Turkey should be involved, only to be spurned by Russia and Armenia. UN Security Council resolutions have similarly upheld the Minsk Group as the settlement platform in the Nagorno-Karabakh conflict.

Despite its adamant posturing for an end to the Armenian occupation of Azeri territories and vocal questioning of the efficiency of the Minsk Group, Ankara is well aware of its limits in the Caucasus, a Russian sphere of influence for two centuries. It has no choice but to limit its ambitions to gaining some meaningful role on the Minsk platform. It would be ready to join a cease-fire monitoring mission proposed by the Minsk Group about a decade ago if such an initiative finally takes off. Confining the mission to some form of Turkish-Russian collaboration, similar to the Turkish-Russian joint patrols in Syria, would be an even better outcome for Ankara. This, however, would mean Russian acquiescence to role-sharing with Turkey, a highly unlikely prospect.

The latest developments in Libya have similarly shown how Turkey’s presence “in the field” is not working as expected, even though its military assistance for the Tripoli-based Government of National Accord (GNA) had tipped the scales in the war earlier this year. Egypt, which had threatened to intervene to stop the advance of the Turkish-backed forces, has managed to stay in the game as a mediator. Given Ankara’s bitter rivalry with Cairo that goes beyond Libya, Egypt’s hosting of talks between the Libyan parties is a clear indication of Turkey being sidelined from the process.

Most recently, the Tobruk-based Libyan House of Representatives and Tripoli’s High Council of State met in Cairo Oct. 11-13 to discuss constitutional issues, with Egypt’s intelligence chief steering the dialogue. The negotiations followed UN-mediated military and security talks in the Egyptian city of Hurghada and other meetings in Cairo in September. Further talks on constitutional matters are expected to take place in Egypt.

The Turkish government, for its part, is seeking to influence the process via GNA representatives, who are frequent guests in Ankara. Of note, Germany’s efforts have also been instrumental in bringing the warring parties to the negotiating table.

Turkey’s involvement in Libya is closely related to its energy ambitions in the eastern Mediterranean, which have fueled tensions with Greece and Cyprus in particular over territorial and exploration rights. Turkey has resorted to muscle-flexing in the seas as well, although it has had other means to force negotiations on the matter.

In short, Ankara has proven its ability to “spoil games” in conflict zones, as government proponents would brag, yet it is struggling to be a playmaker, falling short of the strategic approaches that playmaking requires. Several reasons can be cited for that failure.

Above all, Ankara’s field-table equation goes wrong because of the disparity between its goals and means. Despite being NATO’s second-largest standing force, Turkey tends to exaggerate its military deterrence in distant regions. The efficiency of Turkish armed drones in the conflicts in Syria, Libya and the Caucasus has led to an overblown sense of “strategic power,” though such power projection takes more than drones. The Libyan experience in particular has shown that Turkey’s military capabilities fall short in ventures far beyond its borders. Moreover, the government’s bragging about “fully indigenous” drones took a blow earlier this month as Canada suspended the export of crucial drone parts to Turkey.

How others perceive Turkey’s might is equally important. Ankara would frequently hurl threats that it cannot follow through. As a result, its warnings and threats have come to be often seen as blackmail or bluffing, designed for bargaining purposes, or as domestic grandstanding by a government that has grown reliant on the support of nationalist quarters.

Another downside stems from Ankara’s tendency to ignore or underestimate the close-neighbor factor in the regions where it intervenes militarily or becomes otherwise involved. Egypt’s clout in the Libyan crisis and Russia’s decisive role in the Nagorno-Karabakh conflict come as reminders in this context.

Turkey’s miscalculations owe also to its tendency to believe that the actors it backs will always adhere to its course of action. Yet neither its Libyan nor Azeri allies would like Turkey’s support to be as imposing as to leave them without room to maneuver.

Additionally, Turkey’s foreign policy has become overly quarrelsome, alienating allies and contributing to Turkey’s growing isolation in the international arena. And Turkey’s use of Syrian militants as an intervention tool in other conflicts is backfiring.

In sum, the growing militarization of Ankara’s foreign policy is eroding its diplomatic abilities. While failing to match the show of force, Turkish diplomacy has turned to a bellicose, quarrelsome and provocative language that makes it even harder to get results. Examples of how Turkey is losing credibility and leverage are increasing. To cite a few, Egypt has not only seized the initiative in Libya, but has nourished close ties with Russia to the point of holding joint military drills in the Black Sea. France has forayed into the Mediterranean showdown with an aircraft carrier, and the United States, too, appears inclined to back Greece and Cyprus as Turkey is increasingly seen as a “problem country” by its NATO allies and the European Union, despite its key geographic location and economic potential.