The former Lebanese prime minister resigned last year amid anti-government protests, but now says he is willing to return. 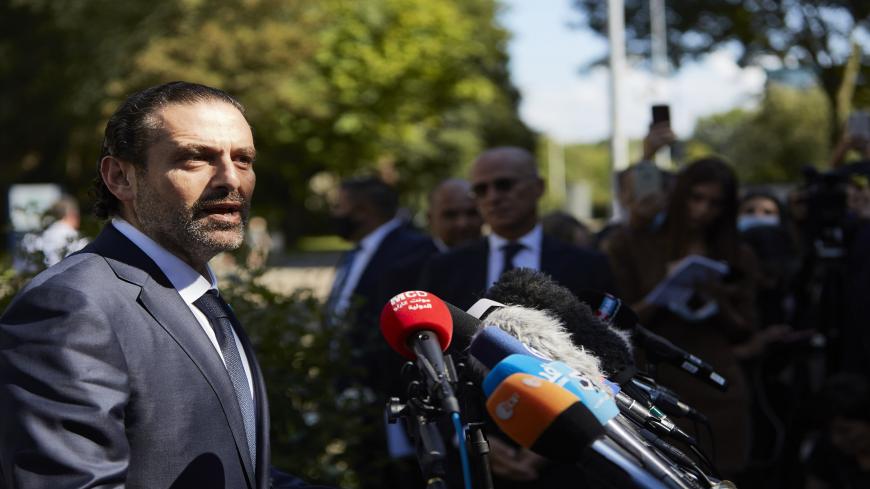 Former Prime Minister Saad Hariri gives a statement to the press outside the Lebanon Tribunal in The Hague, The Netherlands, Aug. 18, 2020. - Pierre Crom/Getty Images

Former Lebanese Prime Minister Saad Hariri said he is ready to lead the country as prime minister again in the wake of the massive blast at Beirut’s port and a devastating economic crisis.

“I am definitely a candidate” to head the next government, Hariri told Lebanese TV channel MTV, adding, “I will not close the door on the only hope left for Lebanon to stem this collapse.”

He said, “I am ready to conduct a round of political contacts during this week if all political parties still agree on the program” that was discussed with French President Emmanuel Macron.

Macron has made further aid conditional on Lebanon’s enacting sweeping political reforms. The French president was promised by Lebanon’s leaders a new cabinet would be formed by mid-September.

Prime Minister Hassan Diab and his Cabinet resigned under intense public pressure days after the Aug. 4 explosion at the Beirut port, which killed nearly 200 people and injured some 6,500 more.

Within weeks, the president tapped a little-known diplomat, Mustapha Adib, to serve as prime minister-designate. Adib stepped down last month as the political blocs clashed over naming Cabinet ministers.

The small Mediterranean country has continued to struggle over forming a new government. Next week, Lebanese President Michel Aoun is due to hold consultations with parliament over naming a new prime minister.