The country's ambassador to Germany has promised to immediately implement government reforms. 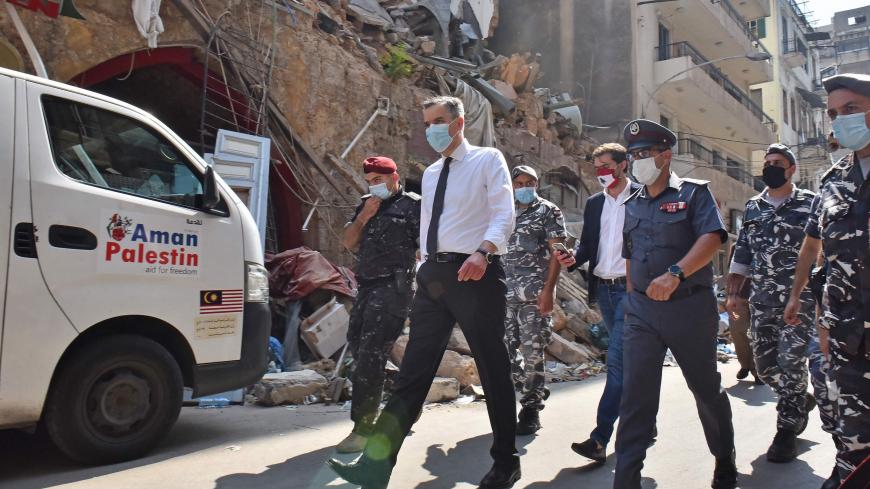 Lebanon’s President Michel Aoun chose Mustapha Adib as prime minister-designate, tasking the little-known diplomat with steering a country still reeling from the deadly blast that tore through the capital Beirut.

Adib was confirmed with 90 of 128 votes in parliament on Sunday. Adib, the country's ambassador to Germany, was a close aide to former Prime Minister Najib Mikati. He said in a televised speech there is "a need to form a government in record time and to begin implementing reforms immediately.”

Adib promised to restart talks with the International Monetary Fund over assistance for Lebanon, which is experiencing the worst economic crisis since its civil war in the aftermath of an explosion that killed at least 190 people on Aug. 4. Under intense public pressure, Lebanese Prime Minister Hassan Diab and his ministers resigned less than a week after the blast, which authorities say was caused by some 2,700 tons of highly explosive ammonium nitrate stored unsafely at Beirut’s port since 2014.

Adib is eligible for the premiership under Lebanon’s sectarian-based power-sharing system, which requires the prime minister be a Sunni Muslim. Along with an endorsement from the Iran-backed Shiite Hezbollah movement, Adib has the backing of four former prime ministers, including Saad Hariri, who leads the main Sunni bloc known as the Future Movement.

Opposition groups in Lebanon swiftly rejected Adib’s nomination, dismissing him as more of the same. Demonstrations that erupted in October over government corruption and economic mismanagement have gained steam in the wake of the Beirut blast, which protesters blame on negligence by Lebanon’s political class.

Adib’s designation came the same day French President Emmanuel Macron was due to arrive in Beirut for a two-day visit. Macron’s trip to the former French protectorate — his second in less than a month — is part of an effort to push for long-overdue reforms needed to pull Lebanon from the brink.