Former Lebanese Prime Minister Saad Hariri has suggested the role of finance minister be held by an "independent" Shiite. 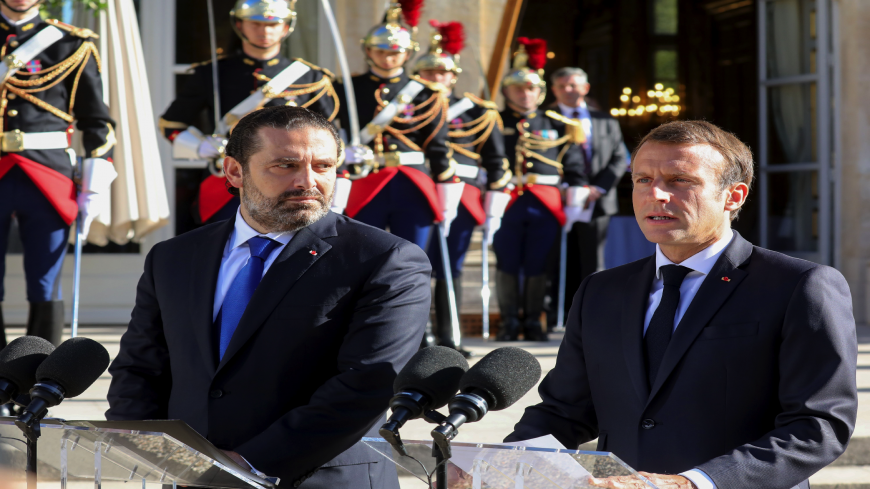 French President Emmanuel Macron (R) is watched by Lebanese Prime Minister Saad Hariri as he addresses media representatives at The Elysee Palace in Paris on Sept. 20, 2019, ahead of meetings in the French capital. - LUDOVIC MARIN/AFP via Getty Images

France has signaled its support for a proposal from former Lebanese Prime Minister Saad Hariri that seeks to end the gridlock keeping Lebanon’s sectarian leaders from forming a new government.

The small Mediterranean country has struggled to assemble a Cabinet, in part because the two main Shiite parties, Hezbollah and the Amal bloc, insist on selecting the position of finance minister.

As a compromise, Hariri, the country’s leading Sunni politician, suggested an “independent” Shiite candidate be appointed finance minister under Lebanon’s sectarian power-sharing system. It remains to be seen whether Hezbollah and the Amal bloc support Hariri’s plan. In a possible sign, pro-Hezbollah Lebanese newspaper al-Akhbar described the proposal as “not in the interest of the country.”

The French Foreign Ministry, however, said it welcomed Hariri’s proposal, “which demonstrates his sense of responsibility and of Lebanon’s national interest.”

“This statement represents an opening-up whose importance everyone must appreciate so that a mission government can now be established,” the ministry said, adding that France "calls on all Lebanese political leaders to honor the commitments they themselves made to the French president."

Lebanon’s government resigned days after the massive explosion that tore through Beirut on Aug. 4 and left nearly 200 dead and 6,500 wounded. Within weeks, the president tapped a little-known diplomat, Mustapha Adib, to serve as prime minister-designate.

France is pushing for long-overdue reforms necessary to pull its former colony out of its worst economic crisis since the 1975-1990 Lebanese civil war. During his visit to Lebanon this month, French President Emmanuel Macron was promised by the country’s leaders that they would form a new Cabinet by mid-September.

Having missed the deadline, Paris is now pushing Lebanon’s leaders to assemble a Cabinet “within a reasonable time frame," a French source told Reuters.