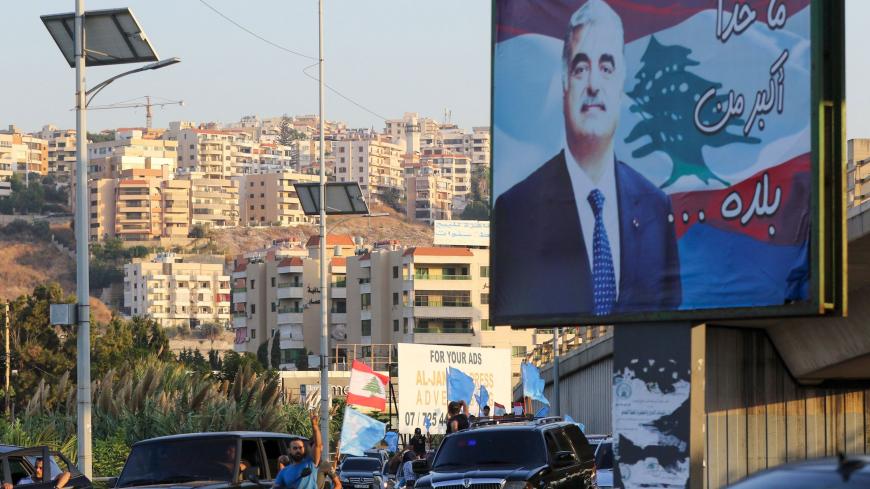 Supporters of Saad Hariri's Future Movement Party wave the party flag and the national flag during a parade to celebrate him being tasked with forming a new government in Lebanon's southern city of Sidon on Oct. 22, 2020. - MAHMOUD ZAYYAT/AFP via Getty Images

A year after nationwide protests forced him out of office, former Prime Minister Saad Hariri has won the backing of a narrow majority in Lebanon’s parliament and is now tasked with forming a new government for the crisis-wracked country.

On Thursday, President Michel Aoun tapped the 50-year-old Sunni leader after he received the support of most parliamentary blocs, with 65 votes out of 120.

"I will work on forming a government quickly because time is running out and this is the only and last chance facing our country," Hariri said.

Hariri promised to "form a Cabinet of nonpolitically aligned experts with the mission of economic, financial and administrative reforms contained in the French initiative road map."

France is pushing for long overdue reforms needed to pull its former colony out of its worst economic crisis since the 1975-1990 civil war. In the past year, Lebanon’s currency has lost over 80% of its value and unemployment has skyrocketed.

Lebanon has been without a stable government since former Prime Minister Hassan Diab resigned under intense public pressure in the wake of the Beirut explosion that left nearly 200 people dead, injured thousands and gutted much of the Lebanese capital Aug. 4.

Within weeks, the president tapped a little-known diplomat, Mustapha Adib, to serve as prime minister-designate. Adib stepped down last month as the political blocs clashed over the Cabinet, including the key post of finance minister.

The blast compounded Lebanon’s financial troubles. Officials have blamed the explosion on a stockpile of ammonium nitrate that despite repeated warnings was stored improperly at Beirut's port for six years.

On Thursday, Human Rights Watch said the domestic investigation into the blast had failed to achieve any meaningful results. The rights group called for the International Support Group for Lebanon to urge Lebanese officials to invite the United Nations to conduct an independent inquiry.