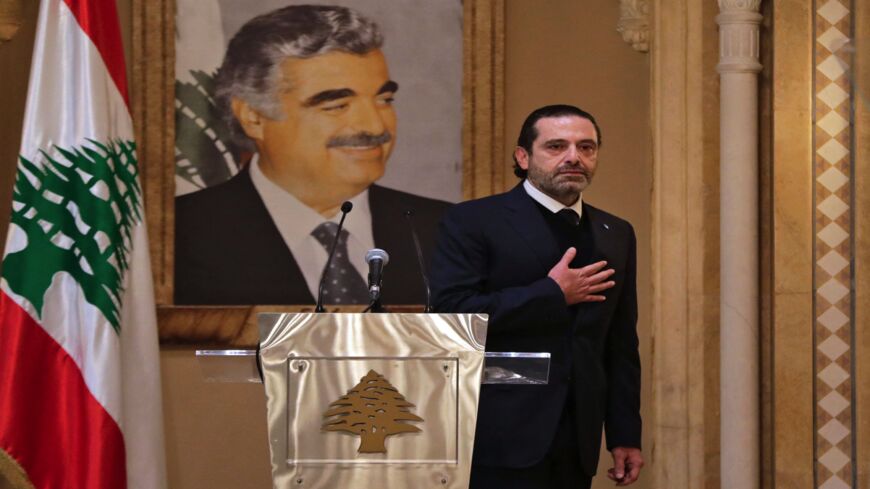 Lebanon's former Prime Minister Saad Hariri gestures to the crowd after a press conference in the capital, Beirut, on Jan. 24, 2022. Hariri, 51, announced he would not run in the upcoming parliamentary elections and was withdrawing from political life. - ANWAR AMRO/AFP via Getty Images

Saad Hariri, the three-time former prime minister of Lebanon, announced Monday that he is quitting politics and does not plan to run in the country’s upcoming parliamentary elections.

Hariri, 51, said in a televised address that he would "suspend any role in power, politics and parliament."

Hariri, who is currently a member of parliament, urged his Sunni-led political party, the Future Movement, to boycott the upcoming parliamentary elections.

The elections scheduled for May 2022 come as Lebanon sinks deeper into its worst financial and economic crisis in decades. The Lebanese currency has lost 90% of its value since 2019, a trend exacerbated by the Beirut port explosion and the COVID-19 pandemic.

The Hariri family has dominated Lebanon’s political scene for decades. Saad Hariri is the son of former Prime Minister Rafik Hariri, a powerful Sunni Muslim politician and businessman who was assassinated in a 2005 truck bombing in Beirut that was blamed on members of the Shiite militant group Hezbollah.

Hariri resigned as prime minister in October 2019 amid unprecedented nationwide anti-government protests demanding a new political system. In his speech Monday, Hariri acknowledged his failure to prevent Lebanon’s economic meltdown but hinted that Iranian influence in the small Mediterranean country was to blame.

"I am convinced that there is no room for any positive opportunity for Lebanon in light of Iranian influence, international disarray, national division, sectarianism and the collapse of the state," he said from Beirut.

In October 2020, President Michel Aoun tapped Hariri as prime minister-designate. But the Sunni leader resigned in July 2021, citing his disagreements with Aoun on the government formation process.