Palestinian officials hopeful for Biden victory, public not so much

The Palestinian leadership believes that the victory of Democratic candidate Joe Biden in the US presidential election may restore the Palestinian-US relationship, though Palestinians in general are not optimistic about a change in US policy if Biden wins. 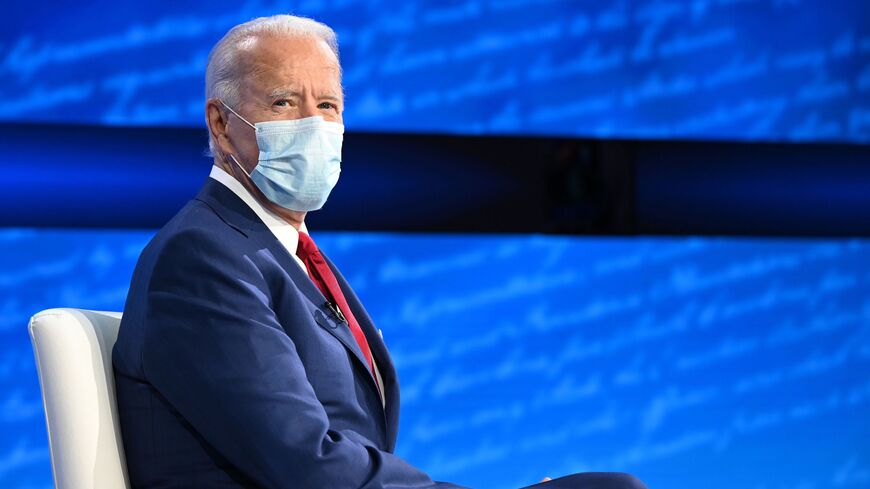 RAMALLAH, West Bank — The Palestinian Authority is waiting in anticipation for the Nov. 3 US presidential elections, hoping that the incumbent Republican candidate, Donald Trump, will lose and leave office.

Ever since the Palestine Liberation Organization and Israel signed the Oslo Accords at the White House in 1993, Palestinian-US relations have never been as poor as they are now, during the Trump era.

Since he was sworn in in January 2017, Trump has made a series of decisions that pushed the Palestinians to sever relations with the United States. First, he recognized Jerusalem as the capital of Israel, moved the US Embassy from Tel Aviv to Jerusalem, stopped funding for UNRWA and proposed the Mideast peace plan that dropped the two-state solution, legitimized Israeli settlements and supported Israel’s plan to annex 30% of the West Bank. He also pushed to close the PLO’s office in Washington.

In his first public and direct statement about the US elections, Palestinian Prime Minister Mohammad Shtayyeh expressed his hope for a better future for Palestinian-US relations, as well as Palestinian-Israeli relations in the event that the Democratic candidate, Joe Biden, wins.

In a speech before the European Parliament's Committee on Foreign Affairs on Oct. 12, Shtayyeh expressed his fear of Trump winning a second term, wishing he would fail, noting that should Trump win, “we would have to live with this for another four years; may God help us, help you, and help the whole world.”

Shtayyeh continued, “I believe if things change in the US, it will directly affect Palestinian-Israeli relations and Palestinian-US relations,” adding that the results of the US elections and the possible fourth Israeli elections will have “very serious consequences on us and on the peace process, as well as the future European role with regard to the Middle East.”

The Palestinians believe that improvement is possible should Biden win, but it would only be limited to the bilateral relationship with Washington, without any change in the process of the political settlement with Israel.

PLO Central Council member Nabil Amr told Al-Monitor that in the event Biden wins the presidential elections, no major change could happen. It would only be limited to bilateral relations between the PA and the US, especially since Biden's team had promised Palestinians for the situation to return as it was pre-Trump.

He noted that Biden is expected to take a stance by re-financing UNRWA, reopening the PLO office in Washington, and reopening the US Consulate in Jerusalem, which Trump closed with the transfer of the embassy to the city from Tel Aviv, adding, “There will be a change in bilateral Palestinian-US relations, [but] not in terms of a political settlement and launching a program and plan for negotiations that the Palestinians would be satisfied with.”

Amr pointed out that several challenges could impede Biden from moving forward with the implementation of a political settlement to the Palestinian cause, most notably the extreme right's control of the reins of power in Israel, specifically Benjamin Netanyahu. The latter had thwarted the efforts of the previous US administration led by Secretary of State John Kerry, due to Netanyahu's strong relations with US Congress.

Nasser al-Qudwa, a prominent Palestinian diplomat and member of Fatah’s Central Committee, told Al-Monitor, “The Palestinians are wishing for a change in the White House and hope US policies in the Middle East would change with Trump’s failure since those policies were biased toward Israel and the hard-line Israeli right.”

Qudwa pointed out that there are no expectations the new US leadership will be friendly to the Palestinians and adopt their positions should Biden win; but no matter how much the Biden administration could be biased toward Israel, it will not be as much as Trump is.

Although the official Palestinian position is clinging onto the little hope of Biden winning and bringing about change, even if it is only limited to the bilateral relationship, the Palestinian public opinion is not counting on it.

Director Khalil Shikaki told Al-Monitor that Palestinian public opinion believes that the US administration is biased and supportive of Israel regardless of the party in power, adding, “Since the Oslo Accords were signed, the Palestinian public opinion has not changed and continues to see that US policy in the Middle East is biased toward Israel and controlled by the pro-Israel forces in the US.”

Shikaki added that the Palestinians “do not see Trump's decisions as an odd thing, but rather believe that it is a continuation of US policy, and that Trump has made great steps to stop the previous pattern of [subtle] US support for Israel, and expressed absolute and explicit support for Israel,” and that this support is the essence of the US policy.

Speaking about the difference between the opinion of the official political elites and the public opinion regarding Biden's victory, Shikaki said that the official position looks at the matter from specific political aspects, such as Biden's rejection of the Israeli plan to annex lands from the West Bank and his promises to reopen the PLO office in Washington and restore financial support to the PA or to UNRWA.

He added that Biden has shown an intention to restore the nuclear agreement with Iran, which will eliminate the pretext of the Iranian threat that Trump is waving to advance relations between Israel and Arab countries. Meanwhile, Shikaki continued, the Palestinian public believes that the outside world will not save the Palestinians, and thus they should not wait for changes but rather unite their ranks and develop a strategy to confront the occupation.