Palestinian President Mahmoud Abbas has formed a steering committee to prepare for Donald Trump’s presidency as speculation about his intentions continues. 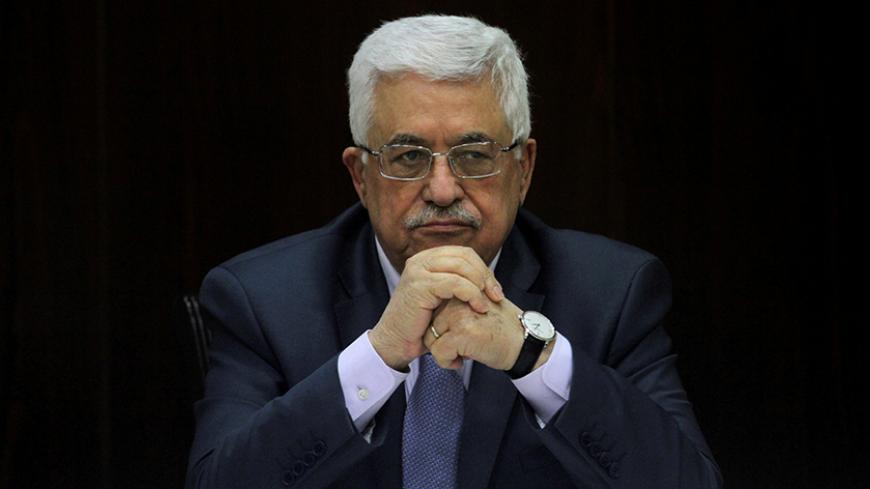 After absorbing the shock of Donald Trump’s election to the presidency of the United States, it is time for the Palestinian Authority (PA) to get practical. President Mahmoud Abbas has put together a steering committee to prepare for Trump entering the White House and outline the PA's initiatives in the United Nations over the coming year.

The members of the committee include Saeb Erekat, a member of the Fatah Steering Committee who was also responsible for negotiations with Israel; Maen Areikat, who was the PLO’s representative in Washington; and Husam Zomlot, who is slated to replace Areikat in the American capital. Noted “Americanologists” who will be advising the team include Palestinian Ambassador to the United Nations Riyad Mansour; former UN ambassador and relative of late PLO leader Yasser Arafat Nasser al-Qudwa, who is considered close to Abbas; politician Hanan Ashrawi; senior Fatah leader Mohammad al-Shattiyeh, who Abbas is rumored to be planning to make his deputy during the upcoming Fatah conference; and senior Fatah official Azzam al-Ahmad.

The team was asked to prepare an opinion paper on how well the PA is prepared for the challenges posed by the new US administration. They were also asked to prepare daily position papers, based, among other things, on the analyses of Palestinian advisers who live in the United States and teach at universities there.

Palestinians are wondering whether Trump will really rely on the advice of his Jewish son-in-law Jared Kushner when it comes to the Palestinian-Israeli conflict. Top PA officials followed Trump’s interview with The New York Times with considerable consternation. In it, Trump indicated that it is possible his son-in-law will play a significant role in this area. What concerns the Palestinians most is that they have no idea what Trump’s Jewish son-in-law’s opinions on the issues are and whether he can be objective. They have bad memories of the Clinton administration’s emissary to the region, Dennis Ross, who they never considered a fair intermediary because of his Jewish origins.

“We have been forbidden from talking with any US representatives and from saying anything about Trump,” one senior Palestinian official told Al-Monitor on condition of anonymity. According to him, Abbas imposed this blanket ban on all senior PA officials and Fatah members, who are scheduled to convene Nov. 29 in Ramallah. When presenting Fatah’s plans for the coming year, these senior Fatah officials are only to call on the new president to embrace the two-state solution, just as all the previous American presidents have done since the founding of the PA.

Speakers at the conference were warned in no uncertain terms that they must be careful not to express any positions critical of Trump and his administration, even on the matter of moving the US Embassy to Jerusalem. There is a real concern that Trump could form a negative opinion of the Palestinian leadership before he is even sworn into office.

According to the same Palestinian source, Abbas has already scolded Mansour for comments he made in Washington on Nov. 13. Mansour warned that if the Trump administration decides to move the US Embassy from Tel Aviv to Jerusalem, as the president-elect said he would do during his campaign, the PA would make his life miserable. He then stated that such a decision will be perceived as an act of aggression against the Palestinians, and threatened, "If they do that, nobody should blame us for unleashing all of the weapons we have in the UN to defend ourselves, and we have a lot of weapons in the UN.’’

“These aren’t the kind of things to say now, especially after we all learned not to make the redhead angry,” said the Palestinian source.

As far as the Palestinian team is concerned, the big questions are whether the next president will play an active role in the Palestinian-Israeli conflict. Will he follow in the footsteps of his predecessors by trying to advance various diplomatic moves? Will Trump be objective about the conflict, especially considering the strong feelings about Muslims he expressed during the campaign?

The “Trump team” believes that the new president will be in over his head trying to keep his promises to American voters about the economy, immigration and changing attitudes toward his government. As such, he will not obsess over the Palestinian issue like his predecessors George W. Bush, who put together the Road Map, and Barack Obama, who forced the parties into failed negotiations.

Al-Monitor has also learned that the committee has been tasked with preparing plans to continue the PA’s efforts to establish a Palestinian state in 2017. Senior Fatah officials told Al-Monitor that based on conversations they've had with Abbas, they were led to believe that the Palestinian leader will not rest until he sees some diplomatic achievement for his people. Only then, they say, will he announce that he is handing the reins of government over to his successor.

Senior Palestinian officials are preparing to find ways to get around Trump and help Abbas achieve his objective. So far it seems that France’s efforts to convene an international conference have led to no serious results, but Europe and Russia could perhaps provide enough backing for the Palestinians to help defend themselves if Trump moves against them. Right now, the steering committee does not know how far Trump will go. “It’s our $60 million question,” the Palestinian source said.