Antonio Guterres warned the country's "future is at stake." 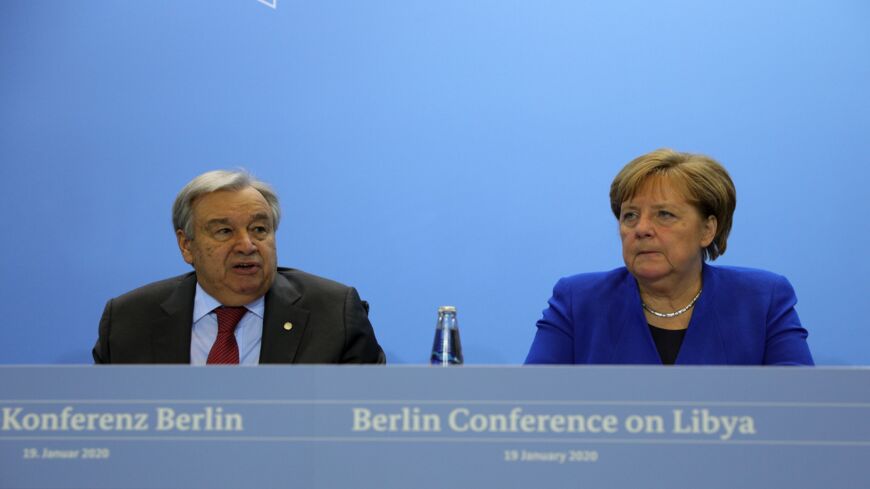 The United Nations chief on Monday urged Libya’s warring parties and outside states to work toward a lasting cease-fire, warning the war-torn country’s “future is at stake.”

“I call on all Libyans to continue to work toward a lasting cease-fire,” said UN Secretary-General Antonio Guterres at a high-level virtual meeting co-hosted by the UN and Germany. “I implore all of you to encourage and support the Libyan peace efforts facilitated by the United Nations, not only in words but in actions.”

Libya’s long-running war has pit the UN-recognized Government of National Accord (GNA) against renegade commander Khalifa Hifter’s Libyan National Army (LNA). Hifter controls much of the eastern part of the country with backing from the United Arab Emirates, Egypt and Russia, and the Tripoli-based government is supported militarily by Turkey and Qatar.

The foreign backers for both sides have flooded the country with mercenaries and arms in violation of a UN embargo in place since Libya descended into chaos in 2011. Last month, the European Union agreed to impose sanctions on three companies, including a Turkish shipping company whose vessel the EU accused of smuggling weapons to Libya.

“The violations of the embargo are a scandal and call into question the basic commitment to peace of all involved,” said Guterres.

Guterres said he was “encouraged” by the lull in the fighting since the GNA, with Turkish air support, regained full control of the capital from Hifter’s forces in June. A fragile truce is now holding in the strategic city of Sirte, which Hifter’s forces seized in January.

In August, both GNA head Fayez al-Sarraj and Aguila Saleh, speaker of the Hifter-allied House of Representatives, issued calls for a cease-fire. The GNA also called for early elections next March and for Sirte and nearby al-Jufra to be demilitarized.

Last week, in the Egyptian Red Sea city of Hurghada, delegations for the two warring parties reached a preliminary agreement on prisoner exchanges and also agreed to prioritize the reopening of air traffic and land transportation lines.