Russia’s ambassador to Iran said Saturday that the Kremlin may sell its S-400 missile defense system to Tehran after the UN arms embargo expires later this month. 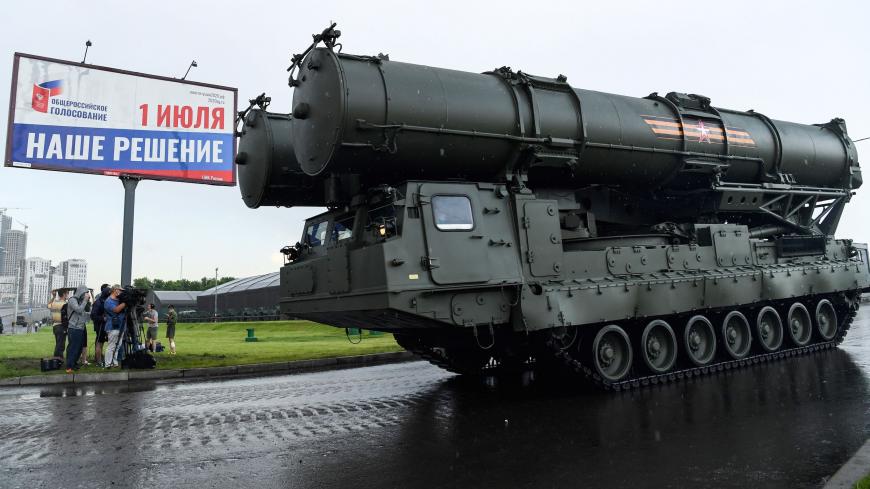 A Russian S-400 B4 anti-aircraft rocket system rolls by during the second night of rehearsals in preparation for the WWII Victory Parade in front of a banner informing of a national vote on constitutional changes in Moscow on June 18, 2020. - KIRILL KUDRYAVTSEV/AFP via Getty Images

Russia’s ambassador to Iran said Saturday that the Kremlin may sell its S-400 missile defense system to Tehran after the UN arms embargo expires later this month.

“We have said since the very first day that there will be no problem for selling weapons to Iran from Oct. 19,” Dzhagaryan said, adding that Russia is not concerned with US threats.

Why It Matters:  The seriousness of Dzhagaryan’s suggestion remains unclear. The Kremlin has floated the proposal before, though no formal request by Iran has been publicized.

But if Iran were to obtain the S-400, it would be a slap in the face to the Donald Trump administration and is unlikely to be taken kindly by Israel.

Russia already delivered its S-300 missile defense system to Iran in 2016 after the signing of the Joint Comprehensive Plan of Action during the Barack Obama US presidential administration.

The Trump administration failed to convince even its major European allies Germany, Britain and France to support the renewal of the yearslong arms embargo.

The S-400 long-range air defense system is highly advanced and could pose a threat to US-built aircraft flown by the United States and its regional allies in case of conflict with Iran.

What’s Next:  The UN arms embargo is set to expire on Oct. 18, and the United States has said it will unilaterally “snap back” international sanctions on Tehran, despite opposition from Russia and China and objection from US allies.

Despite the setbacks, the Trump administration shows no sign on of letting up its thrust to isolate and economically cripple Iran in hope of bringing its leaders back to the negotiating table.

Know More:  Russia’s sale of the S-400 to Turkey has helped push Washington’s relations with Ankara to one of the lowest points since Turkey joined NATO in 1952, but the Pentagon says it has no plans to give up on its presence in Incirlik just yet. And Anton Mardasov explains how Russian leaders may weigh possible arms sales to Iran with regard to the Kremlin’s broader interests in dealing with the United States and the Middle East.